not even kings, the gods, or death can keep them apart... The Transcendence Series by E A Carter

"It took me not even two pages to fall in love with this author/her writing. Unique and addictive, E.A. Carter's TRANSCENDENCE Series is ABSOLUTELY SPECTACULAR! I think it's safe to say it's one of THE best series I've EVER read." IreneOut, Goodreads 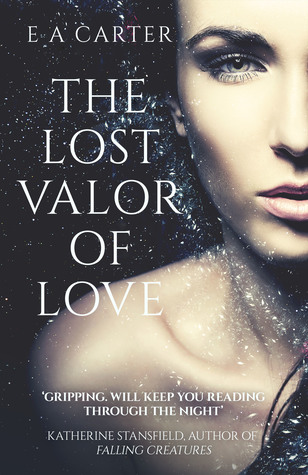 "Claim me, and your every movement, every breath, every word will be written upon my heart, for eternity. You will be immortal yet."

'GRIPPING. WILL KEEP YOU READING THROUGH THE NIGHT.' KATHERINE STANSFIELD, AUTHOR OF FALLING CREATURES

Growing up during the centuries-long conflict between the empires of Egypt and Hatti, the young princess Istara is taken hostage by the King of Hatti to secure the loyalty of her father, the King of Kadesh to the empire. Soon her new life in Hatti's glittering capital becomes all she knows. Bound in blood before the gods to Hatti's unwilling crown prince, Istara, now Hatti's queen-in-waiting, learns she will never be loved.

But the drums of war beat again, and when the scheming plans of Hatti's king threaten the existence of all civilization, the gods give Istara a choice: to leave behind everything she knows to save mankind, or remain where she is, powerless, a token on the game board of kings. On the brink of one of the most brutal battles in history, she chooses to risk her life to deliver a message to the only man able to prevent the prophecy from becoming a reality—her mortal enemy, the Pharaoh Ramesses II.

Wounded, cold and hungry, she wanders in the battle's horrific aftermath, and aids a powerful commander, who she learns protected her once, and has been bound to her ever since by a prophetic dream of his future. Despite his resistance, and Istara once more becoming a pawn of kings, they must confront an eternal love so powerful, not even kings, the gods, or death can keep them apart.

The Lost Valor of Love is the first book of the Transcendence series. 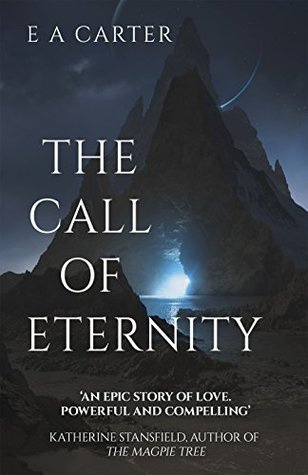 'AN EPIC STORY OF LOVE. POWERFUL AND COMPELLING.' KATHERINE STANSFIELD, AUTHOR OF THE MAGPIE TREE

"I love you, even past the boundaries of eternity. Not even the end of my existence could extinguish the love I feel for you."

In the epic sequel to The Lost Valor of Love, worlds collide, and gods and mortals cross paths, kingdoms fall, and ancient, long-buried hatreds stir.

In the heavens, the storm god Teshub discovers two of the most powerful gods of the pantheon have fallen to a world torn apart by rivalry, war, famine, and plagues. Soon, he learns, he too must fall.

In the north, a crown prince ascends the throne, his queen taken by his enemy as compensation for the crimes of his father. But the new king is prepared to risk everything to reclaim his queen, and plans for war begin.

In the east, a near-immortal senses the awakening of a powerful artifact after an eternity of silence. It can only mean one thing: gods once more walk among men, and with their return—the key to his immortality.

And from far without, the Creator eyes his dying creation, its fragile boundaries unraveling. From across an enormous board, he picks up a token—an exact replica of a living woman. He smiles at it with fondness and sets it down on a new space. Folding his hands together, he steps back, and waits.

The Call of Eternity is the second book in the Transcendence series. 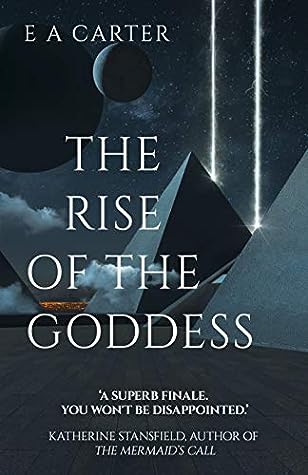 Istara found the courage to meet Sethi's eyes. In his, the anguish of his love, untainted by the darkness. He was going to leave her. Tears blazed a path through her soul. He drew her against him as she wept, as she accepted what he already knew. For them, there could only be war.

'A SUPERB FINALE. YOU WON'T BE DISAPPOINTED.' KATHERINE STANSFIELD, AUTHOR OF THE MERMAID'S CALL

In a world older than time, a portal stirs from its long slumber. From out of its cerulean mists, the warship of the scion of darkness and destroyer of worlds emerges. With its gods long gone, Elati is a world ripe for the taking. Marduk intends to take it all.

Corrupted by Marduk's devices, Sethi succumbs to the grip of evil. A brutal, merciless commander, he oppresses the kingdoms of Elati, his violence awakening a weapon of the deepest darkness. Poisoned by lies and tainted by hate, he thirsts for its power to obliterate the light of the one he once loved beyond all reason.

Desperate to reprieve Sethi from his corruption, Istara pursues her last hope, risking everything to retrieve powerful artifacts of Thoth's, her light her only defense against the growing darkness—and the one determined to annihilate her.

Bound by love and driven by duty, Urhi-Teshub reaches the threshold of his destiny, where he faces the horrifying price he must pay to protect Istara.

And at the heart of an abandoned island of gods, surrounded by an endless storm, an eternal tower awaits. Caught in the crosshairs of a primordial war for supremacy, Sethi and Istara must face each other one final time. Darkness and light. Enemies. Lovers. Gods.

The Rise of the Goddess is the final book in the Transcendence series.

About the author:
E A Carter is a British-Canadian who lives in Sweden.

Her debut novel The Lost Valor of Love is the first book in the Transcendence series and a finalist winner in the First Novel and Historical Fiction categories in the 2019 Indie Author Network's Book of the Year Awards.

When not at the keyboard, she can be found photographing the world around her. Between 2014-2015 she held three exhibitions of her photographs, two by invitation from the city's Kulturhuset. Her work has been seen on national television, and her black and white photography has won two contests, one in the US and one in Sweden.

Author's Giveaway
a Rafflecopter giveaway
Posted by CCAM at 8:00 PM

So generous! Thank you!

I loved to "play" with the Gods! on my rules :)))
intriguing, promising blurbs

Lovely series of covers. I like the light in The Call of Eternity.

New series for me!

I love the covers they look great

This is a beautiful cover art. Love it.

Who is your favorite author? Congrats on the release.

These make me want to give the mythical books a try. Not my usual genre but who knows I might just love them.

I really like both book covers. They catch the eye.