I don't read too often mystery books, but from time to time I enjoy myself trying to find the culprit before the story reveals it. For this reason, I do not like those authors who jump at the end with some details kept secret from you. I'm happy to say that Diver's Paradise is not one of these. 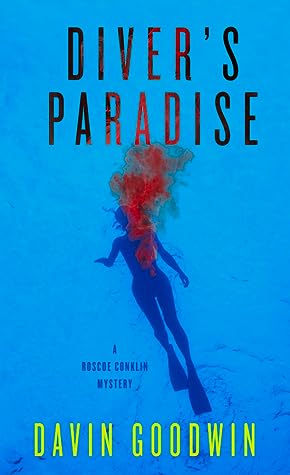 I don't read too often mystery books, but from time to time I enjoy myself trying to find the culprit before the story reveals it. For this reason, I do not like those authors who jump at the end with some details kept secret from you. I'm happy to say that Diver's Paradise is not one of these.

Not knowing what to expect, I start reading and I hear my phone. First ring. I ignore it and keep reading. After the first pages, already I'm totally in and start thinking of various motives and possible directions in which the plot could go.

Second ring. I'm still ignoring the phone. The description of the main character's retirement life and of Bonaire Island do not disturb the rhythm. The details contribute to the atmosphere and make a great contrast with what has and will happen next. The depiction of the Island is very picturesque adding to the easiness with which the reader can "see" the story.

Third ring. I know I'll ignore it. I have to think of all the pieces of information, memories, red hearings and too easy to be true details and to work on the puzzle. Davin Goodwin is a sincere mystery writer, but a mystery author nonetheless. He plays with you and apparently forgets about the initial murders dealing only with the present.

I have to discern between the good and bad cops who are out to play, skepticism, broken ribs, unglamorous research, and life attempts. The pages fly, the plot thickens, and every written row brings a jigsaw piece for which I have to find the correct place. I loved that!

Fourth ring. I'm looking at the number and... ignore it. I have to finish this! It is not hard at all to ignore the phone. I like the imperfect-perfect ex-Detective Roscoe Conklin, and how he manages (or not) to be on the other side of the table, facing the mirror. How finding the truth means more than finding a criminal. Objectivity, Logic, and Common Sense... these are the three characteristics that an effective investigator must have. Actually, they are the features around which David Goodwin weaves his mystery.

Fifth ring. Don't want to answer. Satisfied, I close my kindle. It was a good ride.

There is no place for "maybe, maybe not"! Mystery grunts or veterans, I think you will all enjoy Diver's Paradise!
Dank je, Mr. Goodwin!

After 25 years on the job, Detective Roscoe Conklin trades his badge for a pair of shorts and sandals and moves to Bonaire, a small island nestled in the southern Caribbean. But the warm water, palm trees, and sunsets are derailed when his long-time police-buddy friend back home, is murdered.

Conklin dusts off a few markers and calls his old department, trolling for information. It’s slow going. No surprise, there. After all, it’s an active investigation, and his compadres back home aren’t saying a damn thing.

He’s 2,000 miles away, living in paradise. Does he really think he can help? They suggest he go to the beach and catch some rays.

For Conklin, it’s not that simple. Outside looking in? Not him. Never has been. Never will be.

When a suspicious mishap lands his significant other, Arabella, in the hospital, the island police conduct, at best, a sluggish investigation, stonewalling progress. Conklin questions the evidence and challenges the department’s methods. Something isn’t right. 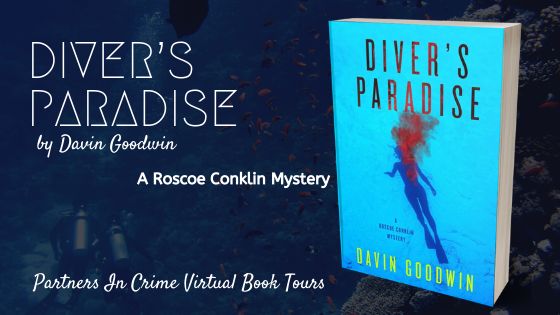 About the author:
My family members have always been epic storytellers. I regularly wrote short stories in high school and college and, later in life, freelanced several articles for trade and industry publications. For years, the idea of writing a novel bounced around in the back of my mind, but never found its way out of the darkness.

My wife, Leslie (Double L), and I have visited the island of Bonaire nearly 30 times over the past 20 years, many of those trips for extended periods. The island is a perfect setting for the style of novel I wanted to write. Yes, the book would be a murder mystery, but I needed a laid-back, slightly exotic setting. And I wanted the book to partially center around scuba diving, an activity Les and I enjoy together as often as possible.

During the Spring of 2010, with mild coaxing from friends and family, the concept of Diver's Paradise came to fruition. However, after close to a year of writing, I gave up, not touching the story for almost six years. In the Spring of 2017, I pulled out the tattered manuscript, rewrote and edited till blue in the face, then endured daily heart palpitations, waiting for submission responses from agents and publishers.

Nine months after my first submission, and after agonizing through a boatload of rejections, Oceanview Publishing—to my good luck—offered a contract. I would be a published author.

I enjoy being outdoors when the weather is nice. I don’t particularly like snow and cold weather, which can be problematic dwelling in the frigid, midwestern state of Wisconsin.

Exercise is a passion of mine, although I don’t do it as intensely as in past years. Running, biking, and swimming are my favorites. As of several years ago, golf and I decided that we can no longer be friends.

Through high school and college, I played violin in the orchestras and community ensembles. Much to the chagrin of those close to me, around the age of sixteen I was struck with an uncontrollable desire to play the 5-string banjo. And play I did.

Hours and hours a day.

In 1992, the band I played with at the time, travelled to the Ukraine and performed in the International Kiev Music Festival. I’ve also performed on radio, TV, and recorded on several albums.

I’m 58 years old and live in Madison, WI. Originally from Rockford, IL, I went to college at Arkansas State University in Jonesboro, AR., graduating with a degree in Computer Science. I’m married and have one daughter and one stepson, both grown.

Professionally, I have roughly 30 years’ experience in the technology industry and currently manage a group of software developers for a local, mid-sized company. In the past, I’ve owned several small businesses, worked as an aerial photographer, a semi-professional banjo player, a flight instructor, and a real estate investor.

Author's Giveaway
a Rafflecopter giveaway
Posted by CCAM at 7:35 PM

Thank you very much for hosting the book and for your outstanding and creative review.

Great review!!! I need to get my hands on this book!

Thank you!!! I saw that you already finished the second volume. I canon wait to read it!