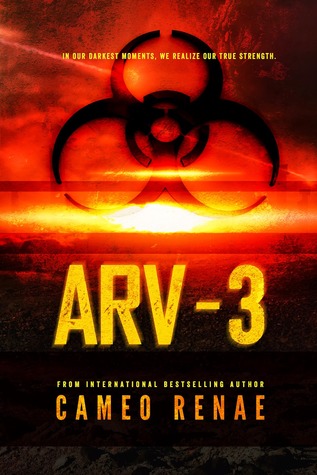 Even if the cover design could make you to think at whatever horror story you have in mind, I say to you from the beginning that this novel is part of a Young Adult series. I know this information may be superfluous for those who have read the description, but as books pertaining to this genre have more suggestive covers for young people (a bit too easy in my opinion) I wanted to mention this. It is a book for teenagers and I can go a bit further and say that is addressed mainly to girls. Why so? Before you jump with a wrong conclusion and accuse me of being sexist or with too masculine impulses, note that there are plenty of books or movies that I could name among my favorites that have as main character a woman. But in this novel, the feelings, thoughts and actions of the main character are a little too feminine adolescent, and I don’t think that the male readers, even if they are teenagers, will resonate and will recognize themselves much in the central character of this book. But I think it would not be bad for them to read the book and understand (could ever boys understand?) how a girl feels and lives the first love. This is not a criticism, just an observation. Maybe it's just me, maybe ... So, girls ... let’s start!

ARV – 3 is an apocalyptic or, to be more precise, a post apocalyptic novel, but also with some dystopian tendencies. I hope you do not confuse the terms and if we are at the explanations time, apocalyptic concerns a world devastated like in the zombie stories and dystopian society refers to a coercive and dictatorial society (the novel "1984" by George Orwell is the best example) which is the opposite of the utopian one.

Despite the premises and the set in which the novel operates, the story is a love one. There is not a Romeo and Juliet story, families are not the problem and the obstacle to their happiness, but the legacy that the old society had left them. It’s a poisoned legacy that has devastated the Earth's surface, an unforgiving and full of dangers one. It is a story about camaraderie, self-sacrifice, about the love for your dear ones, about courage and audacity. But is also a sensible tale, about the feelings and the beauty of first love. A fine and pure love, a young love full of hope that seeks a chance and a purpose in a broken world. A novel in which the sensibility is intertwined with violence, the gun metal coldness stand next to the lover’s embrace fire, and both the joy and despair claim the right to be the key words.

A journey of a group of survivors who may be best described by simply saying: "Leap out from the frying pan into the fire". A fray that, albeit for the moment seemed taken only against the monsters that inhabited the new world, finds new enemies right in the midst of survivors. And so, the transition from the apocalyptic to dystopian does not seem so difficult. The denouement? You must have a little patience. You'll find it in the next volume or volumes.

ARV-3 is a novel that starts without much preparation and you will be captivated by the moments of tensions and action even if the story is not filled with terrifying descriptions or sprinkled with grotesque images that are characteristic to apocalyptic genre. A book that brings sensitivity, but also force through the fight scenes that are not few. The author will enjoy you with her concise (in a good way), very visual and engaging style that will go directly to your heart. There will be something for everybody.

Even if I said that the girls will be (or are) the target audience, I recommend the book also to the boys. There will be no time lost, and as I mentioned, maybe they will learn something about how the girls are and act.

Cameo Renae was born in San Francisco, CA, raised in Maui, Hawaii, and recently moved with her husband and children to Alaska.

She loved reading from as long as she can remember, and it was C.S. Lewis' - Chronicles of Narnia - which sparked a fire in her soul and made her want to create her own wondrous, magical worlds and awesome characters to go on adventures with.

In My Dreams & Hidden Wings were both recently published through Crushing Hearts and Black Butterfly Publishing earlier this year. Descent (A Hidden Wings novella) was released May 15, 2013, and Broken Wings (Book 2 in the Hidden Wings Series) was released June 1, 2013.
Her most recent release is ARV-3. A YA Post-Apocalyptic, Dystopian novel with a new twist on zombies.
She is currently working on the next Hidden Wings Series book titled: Tethered Wings. No release date yet. :)
One day she hopes to find her own magic wardrobe, and ride away on her magical unicorn... Until then... she'll keep writing!

Your review made me smile so easily :) The fact that this would target girls actually surprises me because the premise sounds like it would automatically speak to everyone. However, I love the point that you made towards the guys that will love reading it as well! Great review<3

What a great well thought out review! When my book is published next month I hope you will review that as well. Abravo.

Excellent review, awesome book, and very well-traveled author, lol. I'm putting ARV-3 on my TBR list and keeping an eye on books by Cameo. Thanks!!

Thanks for the great review and the giveaway! :)

thanks for the giveaway and hellp :) angelrulez19@yahoo.com

Thanks for the giveaway!
x74laura@yahoo.com

Thanks! This book looks interesting. I think my daughter and I would both enjoy.
cosgrove.julia@yahoo.com

I think I would enjoy this book. Thanks for a chance to win. :)
htoo_shee@yahoo.com

First, THANK YOU so much for being a part of the ARV-3 Book Tour. I absolutely loved the in-depth review, and appreciate you taking the time to read it. BTW...your blog is awesome! Thanks again!!!


Thank you all for your comments

The except was great and I am glad its more then a romance novel. sounds just right to me

I absolutely love Cameo and her books!! Great review!

Hello and Thanks for such an amazing interview and giveaway

Love the genre and the recommendations have been great on this one. crystalbluern at onlineok dot com

Great book description. Thanks for the giveaway.

thanks for the review and giveaway sounds really interesting :)
xyoursohardcorex@aol.com

Thanks for the giveaway :)
courtlawrence11@gmail.com

Thanks for the contest - jfitze2@hotmail.com

Would love to win! Thanks!

I LOVE post apocalyptic books. And I HAVE to read this one!! It sounds so good!! I'm crossing my fingers