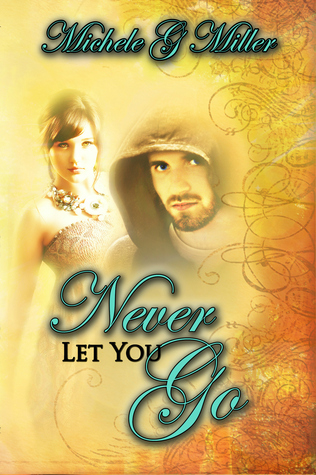 The usual warmth I felt deep in my soul when Xander was near me was beginning to dull. Yet I still remembered the warning: “Be careful, my Princess…you will lose all you love before you can win what you want.”

I could feel it; she hadn’t been here. Two days of hell, riding as fast as we could and only taking small breaks, and yet she had outrun us. How?

The journey continues in Never Let You Go, book two in The Prophecy of Tyalbrook Series. 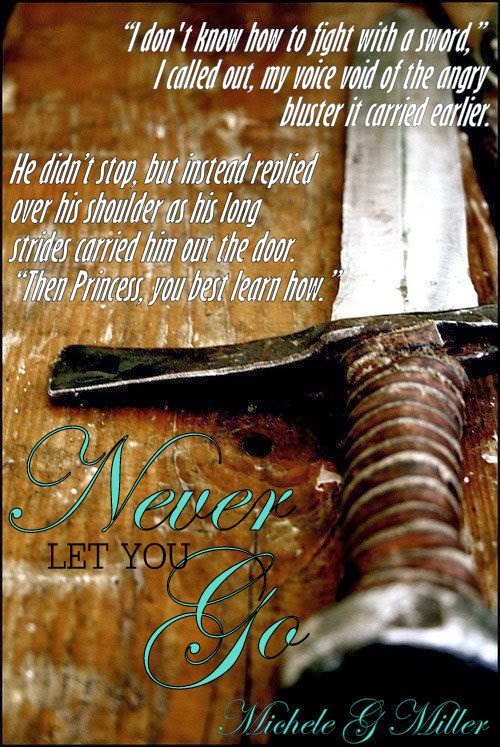 Nickoli’s arms were laden with weapons when he came back into view. He stepped in, uninvited, and opened his arms; allowing each deadly piece to drop to the ground with an ear-splitting clang. I jumped back as the items ricocheted across the floor, and a club rolled to a stop by my feet.

Nickoli bent over and picked up a sword. He approached me, a menacing look on his face, and a flash of terror tore through me. The temptation to scream was strong, however I knew it wouldn’t do me any good. If his intention was to kill me, the deed would be long done before my cries for help would be answered. If they were ever answered. I kept my focus on the sharp tip of the sword as he advanced on me.

“If you choose not to trust me, you will have to protect yourself.”

He raised the sword, gripped the hilt in his fist, and hurled it into the floor at my feet. The tip embedded into the wood with a thud. I yelped in surprise and jumped back. With an angry glare, he turned to storm out of the room; leaving the pile of weapons scattered about the floor.

“I don’t know how to fight with a sword,” I called out, my voice void of the angry bluster it carried earlier.

He didn’t stop, but instead replied over his shoulder as his long strides carried him out the door. “Then Princess, you best learn how.”

The slam of his door signaled the end to our conversation.

Orphaned at 7, with no memory of her past or the family she lost, 17 year old Skye Martin is tired of being alone and afraid. After a hard night of partying, Skye wakes up alone in an unfamiliar hotel. All she can remember is the deep voice of her rescuer and his promise: “I am safe.”

Xander has been tasked with watching Skye from afar for the past two years, in order to keep her safe from the demons that hunt her. An easy job - until a pair of red glowing eyes reveal themselves to Skye, and Xander, in a moment of weakness, is forced to break his cover to protect her. Never good at trusting people, Skye is inexplicably drawn to Xander and the immediate bond she feels for him. However, Xander is filled with secrets and ties to her past that threaten to thrust Skye into a world she could never imagine existed…

As she begins to unravel the truth about who Xander is and the details surrounding her family, she discovers that she might just be the key to saving everything... And, most importantly, she finds that there has always been someone by her side who would never let her fall…

Michele is the author of the Coming of Age Fantasy Series The Prophecy of Tyalbrook - Never Let You Fall, book one (May 2013) and Never Let You Go, book two (Jan 2014) as well as the New Adult Romantic Suspense, Last Call (Oct 2013). She is currently working on the third book in The Prophecy of Tyalbrook Series, a Last Call novel and a YA Realistic Fiction that has her super excited!

Having grown up in both the cold, quiet town of Topsham, Maine and the steamy, southern hospitality of Mobile, Alabama, Michele is something of a enigma. She is an avid Yankees fan, loves New England, being outdoors and misses snow. However she thinks southern boys are hotter, Alabama football is the only REAL football out there and sweet tea is the best thing this side of heaven and her children’s laughter!

Her family, an amazing husband and three awesome kids, have planted their roots in the middle of Michele’s two childhood homes in Charlotte, North Carolina.