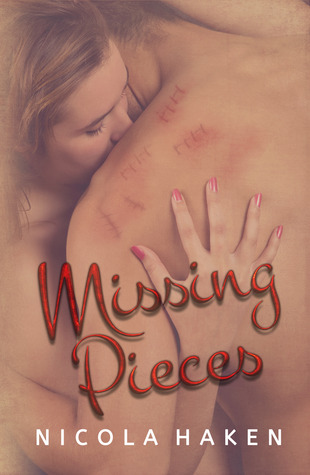 Seventeen-year-old Maddie Davis has spent her whole life on the move. With an unstable mother who has a knack for making bad decisions, she’s never stayed in one place long enough to remember its postcode. But this time is different… This time, she has been dragged half way across the world. Arriving in California and being forced to go back to school feels like stepping back in time. She wants to go home…

Until she meets Blaine Elwood – the stepson of an old family friend.

Blaine appears to have it all. To the outside world, quarterback Blaine is rich, confident and has the ‘arrogant bad boy’ image down to a tee. But nobody knows what goes on behind closed doors. Nobody ever can. He has vowed never to let anyone get too close – let anyone discover how weak he is. So when new girl Maddie starts tugging at strings he didn’t know existed in his heart, his only option is to push her away…

Until he realizes how much he needs her.

Together, after being forced into adulthood from an early age, they begin to learn what it feels like to be young - to smile, to laugh... to love. So when shattered secrets and splintered lies start unraveling around them, will the trust they’ve worked so hard to build be irreparably destroyed? Or will they realize they are two pieces of the same broken puzzle?

What is the biggest challenge for the authors when they want to transform sad, serious issues into a great, emotional story?
‘Feeling’ it. Personally I close my eyes and put myself in the situation. I watch as things play out like a movie in my head – I see the expressions on my character’s faces, I hear the tone of their voice and I literally feel what they are feeling. Then it’s simply a case of getting it out in words!

From what I read about “Missing Pieces”, it seems that two broken pieces can forge a solid whole. How is this possible in general and in Missing Pieces in particular? (without spoilers, please)
When you consider yourself broken it’s easy to believe you are unworthy or incapable of love. Sometimes it takes someone with similar jagged edges to show you that you were meant to fit together. For different reasons, Blaine and Maddie are both incomplete. Despite their young age they’ve been forced to grow up. They’re different from their friends. They feel like outsiders, like something must be missing within them. Alone, they are broken… but together they are one and the same. They ‘fit’.

You are British. Why did you choose California as set for your story?
Mainly, because I have had an obsession with America since I was a little girl. It’s like a fantasy world for me and as a child I always wanted to live there. Growing up watching American movies, I fell in love with the glitz and glamour… and the accent! In fact when I was 10 I told my family I was only ever going to speak in an American accent from then on haha! (Don’t worry I grew out of that phase a day later). Of course in reality I know it’s not all Hollywood hotties, the rich and the famous lol! I suppose you always crave what you don’t know. I’m sure lots of Americans hold a similar intrigue about England, whereas to me it’s kind of boring. So if ‘I’ can’t live in California… I will live there through my imagination!

To whom you think is more useful the alternation of the characters’ point of view: author, story or reader? Why so?
I think it’s important to everyone. I’m not saying all books need an alternate point of view, but when they do I think it’s fun for the author to be able to get inside two different heads. I think it can add more to the story too, offering different sets of takes and opinions on things, giving the reader the opportunity to stay ‘in the loop’ with what’s happening from both sides. As a reader, I love alternate point of views. I especially love being in the guy’s head. Sometimes having that extra opinion helps make sense of whatever’s going on in the story.

What should be the forte of a romance story?
For me, it’s all about love – finding your soulmate… the one person who you would die in a heartbeat for. My favourite stories centre around broken characters. People who for whatever reason have deemed themselves either incapable or unworthy of love. Watching them change throughout the story, seeing them heal, accept themselves… fight – it’s what makes the perfect romance story.

Nicola lives in Rochdale, England with her husband and four children (six if you include the dogs!) She is the author of New Adult/Contemporary romance novels Inevitable, Saving Amy and the Take My Hand series.


When she is not busy playing with her imaginary book friends (or talking about them with real life friends!) she can usually be found carrying out her ordinary mum/housewife/all round slave duties. Oh, and if the kids ever ask, she moonlights as the Pink Power Ranger while they’re sleeping…