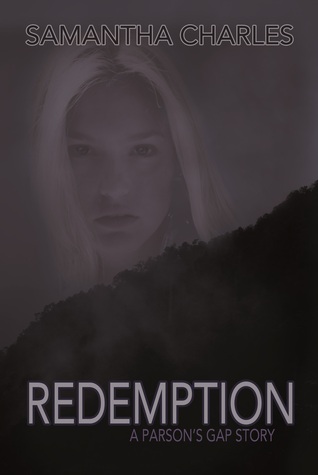 Lindy Carver Harrington loses her unborn child during a violent altercation with her husband. On the same day, her closest friend Sara careens off a mountainside to her death. Lindy is devastated. Imprisoned by grief, and paralyzed by fear, she is easy prey to her husband’s abuse. She is unable to summon the strength to fight back, until now…

A brutal confrontation forces Lindy to choose to either end her husband’s life, or save her own. Escaping, she returns home to Parson’s Gap to rebuild her shattered life. Still haunted by the cryptic message Sara left moments before she died, Lindy becomes determined to answer the voice from the grave and unravel the mystery surrounding Sara’s death.

On a perilous journey into the final days of her friend’s life, Lindy’s quest for truth will expose shocking secrets that will shake a small southern town to its roots. Confronting the demons of her past, she strips away layers of lies buried beneath the magnificent mountains she calls home. When the past and present collide, the truth may set Lindy free, if she can only live long enough to take her last shot at redemption.

As a writer, I have written many things, academic papers, marketing materials and even articles for local magazines. Exploring other venues has taught me a great deal about the craft of writing, as well as why I write. What I have learned over the past several years differs somewhat from the old adage “write what you know.” After all I was somewhat knowledgeable about the material I had written before Redemption, but I found little joy in the work I was doing.

Writing can be an arduous undertaking if you allow your focus to deviate from passion to paycheck. I now only write fiction, specifically southern fiction. Although it has been several years since I lived in the area, I remain passionate about the culture and the people of the Appalachian Mountains, and enjoy sharing the rich, diverse culture heritage of this southeastern region of the United States.

My southern pride, however, is a dichotomy. Growing up, I witnessed the bigotry inherent in the culture buried as deep beneath the fertile soil as the rich veins of coal. I cannot deny the crimes our ancestors perpetrated on humanity over two hundred years ago; denying the most basic of human rights, freedom, to an entire race of people, and the residual intolerance that became a legacy I despise. However, I have also been surrounded by the beauty of the mountains, and lived among, and grew to love the people who populate the small coal mining towns where I was raised. My debut novel, Redemption explores the social and cultural issues of what it means to be southern, and introduces you to strong people who are determined to overcome the past in a world where sometimes merely survival is the ultimate goal.

Samantha Charles is a southern writer. She grew up in the Appalachian region of the Southeast in small towns that are somewhat isolated from modern-day society by geography, and choice. She remains passionate about the magnificence, as well as the malevolence, of the southern culture.

She now resides in the Midwest, with her husband and three children. She attended Baker University in Kansas where she earned her Master of Arts degree. When she isn’t busy creating new worlds, she teaches English as a professor at a local college. he is currently creating a series of short stories about Parson’s Gap; a coal mining town inspired by the people and places she grew to love as a child. She is also hard at work on Salvation, the sequel to Redemption.
Redemption is her first novel.
If you would like to learn more, please visit her:

There's never a dull moment or a lull in the action. Charles makes her characters breathe in the intensity of their relationships to each other. Redemption is the kind of book that the reader does not want to put down… Adele Brinkley - Editor/Proofreader with Pen in Hand
Posted by CCAM at 2:30 PM

laura serfincean and Daniela Ella Thank you for the wonderful comments! I am thrilled you enjoyed you time in Parson's Gap!
Samantha Charles

thanks to mythical books for inviting me today. I am truly happy to be here!
Samantha Charles

Thank you as always for supporting us and the author :)