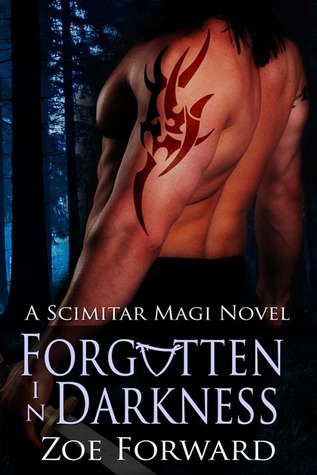 After an unjustified two-century stint in purgatory, Scimitar Magus Dakar returns to the human realm, renewing his eons-old curse. Either he or the woman he loves must murder the other within days of meeting in each new lifetime. To break the vicious cycle, he must kill her before she strikes her deathblow, something he's never done in the past.

Archaeology grad student Shay McGinnis suffers a near-death attack in pursuit of a piece of Scimitar Magi lore. But did the magnificent warrior who pinned her to the wall injure her or the daemon he fought? In her search for answers, she draws the attention of both an ancient evil sorcerer and the warrior Dakar. The attraction between her and Dakar is instant, and for Shay confusing. She wants to be with him, but intuition equates him with death. Not random death. Hers.

Will this be the lifetime they break the curse before they are murdered by an age-old enemy or worse kill each other yet again? 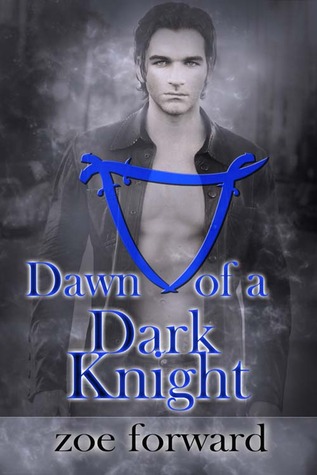 In the shadows of our world, a secret band of warriors fights to protect us. They are the last line of defense against an evil no human can stop.

An ancient nemesis has resurfaced. Duty demands that Ashor Vlahos, Scimitar Magi commander, recruit a magical healer to fortify the remaining eight magi. The gods' choice is the woman who helped him escape torture a decade ago. Ashor couldn't have imagined a better punishment for his vow-breaker homicidal incidents than for the gods to bind him irrevocably to the only woman in the universe he cannot have. The soul-searing desire she ignites in him is strictly forbidden.

Kira Hardy, M.D. is a brilliant, hardworking internal med resident with big secrets. But when Ashor asks for aid after a brutal daemon attack, she is sucked into his dangerous, secret world. Enslavement to the magi, no matter how hot they are, may be an unattractive life plan, but being targeted for death by their enemies is less tolerable.

She must trust the sexy, tormented Ashor to keep her safe while he must deny his ultimate desire and keep Kira at arm's length lest he bring destruction down on them both. As a centuries-old evil catches up to them, they face a crucial decision--follow the gods' rules or follow their hearts.

I’m very excited to be celebrating the release of the second book in the Scimitar Magi Series, Forgotten in Darkness here at Mythical Books!

This series features on a small band of ten magi warriors and their struggles to find love and happiness in the midst of protecting us against daemons.

Who are the Scimitar Magi?

The Magi are a bonded group of hard as nails, hot as fire, destined for one woman alpha male defenders of the innocent. I just love everything about them. Their fierce protectiveness, their supernatural powers, and of course they’re just plain hot. Yeah, you can’t go wrong with gorgeous paranormal warriors!

These ten pseudo-immortals are the last line of defense against an evil no human can stop. They live within our modern world, but struggle to remain incognito. The guys are not exactly thrilled when they discover they vowed their eternal soul eons ago to serve the Egyptian gods, and now must execute daemons for the rest of their lives. Man to super warrior in a five-minute induction ceremony. And they’re not given an instruction manual on how to wield the powers gifted to them by the gods. So, it takes each Scimitar a long time to work it out. At first losing control at random is the norm, and irritates the bejesus out of the more experienced guys. Incidents happen like blowing up a gas station, which is misinterpreted as an international terrorist act. And then there are the women. Each Scimitar gets matched to one woman for all time, and she is also reincarnated. But when, and if, this woman shows up is entirely up to the gods, who love to muck around in the Scimitars’ lives for entertainment.
Thanks for reading!
Zoe
EXCERPT
Shay's brain ordered her body to make a break for it, or at least let loose a scream to draw attention, but she stood there, dazed and staring. It was the throw-your-panties-off-gorgeous bad boy from her hotel room.

My God, this guy was a brick shithouse oozing don't-screw-with-me vibes. And didn't that just make her knees weak. She was so not a swooning type of girl.

Despite the warmth of the day, he wore a knee-length black leather jacket. No doubt, he was armed out the wazoo beneath it.

He subjected her to a scrutinizing once-over. A swirling black substance in his irises mesmerized her. She hadn't noticed that last night.

What was this guy? Definitely not completely human. A month ago, she would've rationalized the sludgy black substance obscuring the real color of his irises into normalcy and remained in complete denial of anything amiss.

She wondered if this guy might just be the real deal--one of those mythical, sorcerer-like immortals obligated to fight daemons for all eternity. A Scimitar Magus. Shouldn't he be a good guy? A hero figure? Why then did her intuition demand immediate evasion? For some reason, her gut equated this guy with death, but not random death. Hers.


TOUR SCHEDULE
Goodreads ** Amazon ** Barnes&Noble ** Kobo ** Wild Rose Press
About the author:
Zoe Forward lives in the South with her supportive family and an assortment of pets. She has a special love for archaeology, especially anything Egyptian. A deep part of her wishes she had a career that would have her at a dig site in a sandy country. But she is a small animal veterinarian, caring for everything from chinchillas to dogs...and there was even one hermit crab in there.

Hello everyone! Thanks for reading about my new PNR. And thank you to Mythical Books for hosting. Happy reading.

This sounds great! Thanks for sharing!

Sounds like a great read, thanks for the giveaway!

I have these books on my TBR List. I just haven't read enough books to reach them yet.

Book sounds great will have to go check it out and buy it awesome.