New Cover for Kiss of Fire (Imdalind #1) by Rebecca Ethington 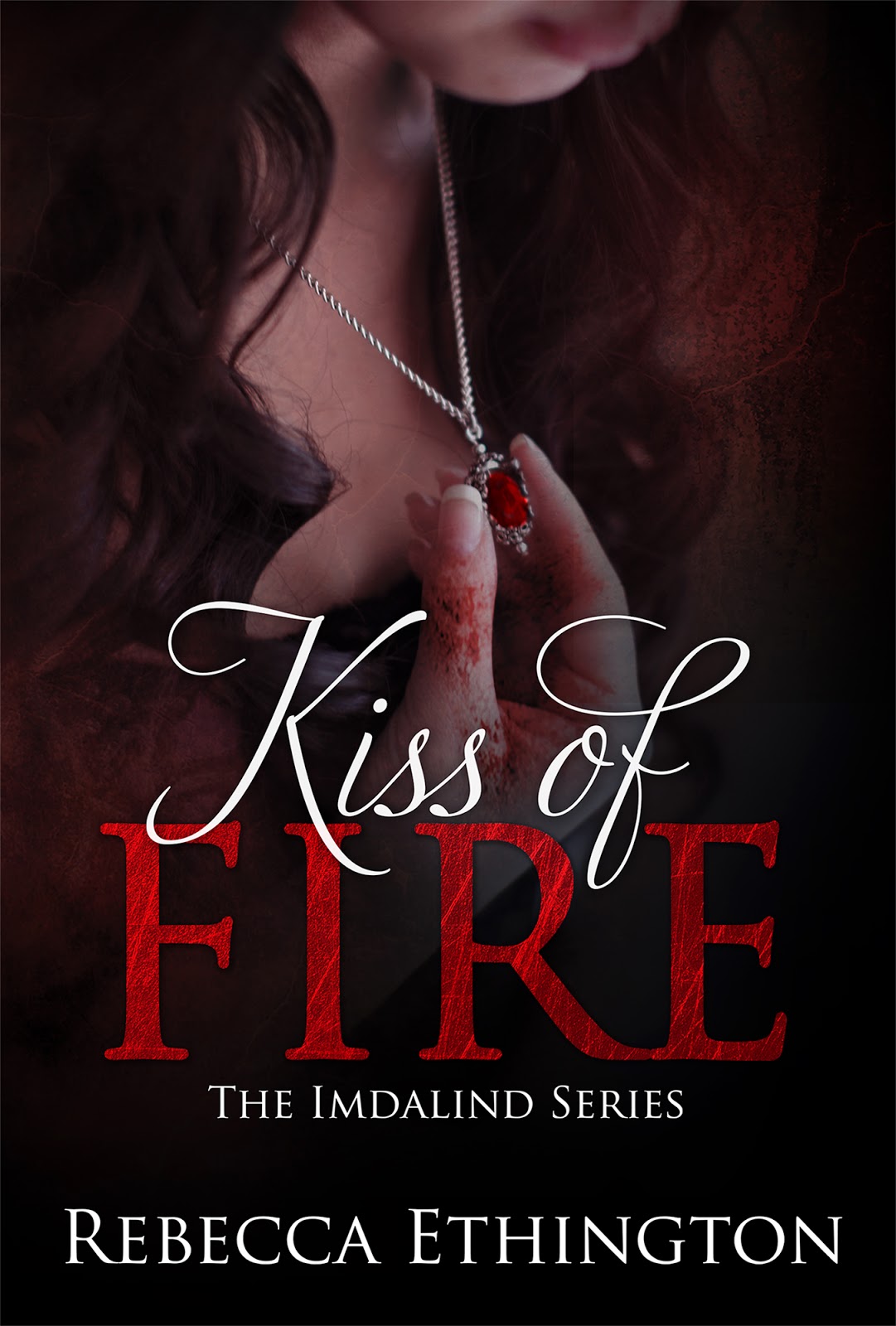 Joclyn Despain has been marred by a brand on her skin. She doesn't know why the mark appeared on her neck, but she doesn't want anyone to see it, including her best friend Ryland, who knows everything else about her. The scar is the reason she hides herself behind baggy clothes, and won't let the idea of kissing Ryland enter her mind, no matter how much she wants to. The scar is the reason she is being hunted.

If only she knew that she was.

If only she had known that the cursed stone her estranged father sent for her 16th birthday would trigger a change in her. Now, she is being stalked by a tall blonde man, and is miraculously throwing her high school bully ten feet in the air.

Joclyn attempts to find some answers and the courage to follow her heart. When Ryland finds her scar; only he knows what it means, and who will kill her because of it.

Rebecca Ethington has been telling stories since she was small. First, with writing crude scripts, and then on stage with years of theatrical performances. The Imdalind Series is her first stint into the world of literary writing. Rebecca is a mother to two, and wife to her best friend of 14 years. She was born and raised in the mountains of Salt Lake City, and hasn’t found the desire to leave yet. Her days are spent writing, running, and enjoying life with her amazing family.

Cover Reveal organized by Good Choice Reading
Posted by CCAM at 9:35 AM

Love the cover... Thanks for the wonderful giveaway and the book sound good!

the cover are beautiful..love it :)

Intriguing and attractive cover!
Would love to discover what's inside there.
Thanks for the chance!

Love the cover! It's very beautiful and I like what the necklace represents!

The cover is beautiful... very elegant and black and red are my favorite colors together!

I think the cover is captivating.