when people ask me what I do for a living... My Darkest Prayer by S. A. Cosby

"What a great debut. Cosby weaves together race, religion, funeral homes, gangsters and small towns together in a fresh take in this modern noir tale. Unexpectedly, Cosby uses dark humour to lighten up the tone when needed. Whether situational or just some great dialogue exchanges, I found these moments great and deftly used. [...]As for the meat of the book, it is a feast." Dwayne, Goodreads 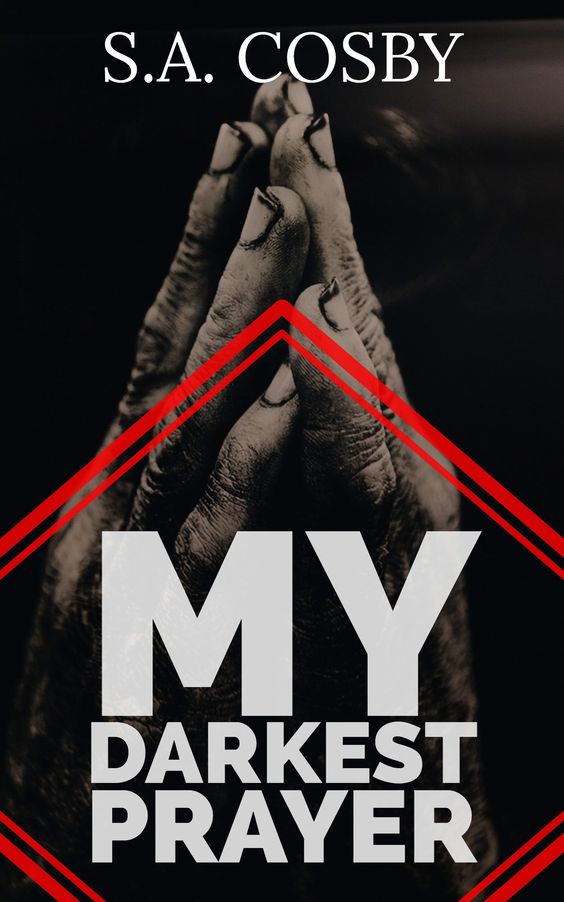 Whether it's working at his cousin's funeral home or tossing around the local riff raff at his favorite bar, Nathan Waymaker is a man who knows how to handle the bodies.

A former Marine and Sheriff's deputy, Nathan has built a reputation in his small Southern town as a man who can help when all other avenues have been exhausted. When a local minister with grandiose ambitions is found dead, Nathan is approached by his parishioners who feel the local police are dragging their feet with the investigation. What starts out as an easy payday soon descends into a maze of mayhem filled with wannabe gangsters, vicious crime lords, porn stars, crooked police officers and a particularly treacherous preacher and his mysterious wife. Nathan must use all his varied skills and some of his wit to navigate the murky waters of small town corruption even as dark secrets of his own threaten to come to the surface.

I handle the bodies.

That's what I say when people ask me what I do for a living. I find that gets one of two responses. They drift away to the other side of the room and give me a sideways glance the rest of the night or they let out a nervous laugh and move the conversation in another, less macabre direction. I could always say I work at a funeral home, but where's the fun in that?

Every once in a while when I was in the Corps, someone would see me at Starbucks that modern mecca Wal-Mart in my utility uniform. Sometimes they’d catch me in my dress blues after a military ball just trying to grab something before heading back to the base. They would walk up to me and say, “Thank you for your service.” I'd mumble something like “No, thank you for your support” or some other pithy rejoinder, and they would wander away with a nice satisfied look on their faces. Sometimes what I wanted to say was, “I took care of the bodies. The bodies with the legs blown off or the hands shredded. The bodies full of ball bearings and nails and whatever some kid could find to build his IED. I loaded the bodies up and dragged them back to the base, then went back out on another patrol and prayed to a God that seemed to be only half-listening that today wasn't the day that someone would have to take care of my body.”

But I don't think that would have given them the same warm and fuzzy feeling.

About the author:
S.A. Cosby is a writer whose work has been published in numerous magazine and anthologies. His story "Slant-Six" received an honorable mention in Best Mystery Stories of 2016. His life experiences include being a retail manager, a bouncer, a forklift driver, a landscaper, a roadie, a construction worker, a mortuary attendant, and he once wore a cow suit when he worked for Chik Fil-A. He majored in English at Christopher Newport University and now lives in Gloucester, Virginia.

I think the cover is interesting.

A modern noir tale, as the featured reviews to it, is quite intriguing.

Do you have any ideas for a sequel? Congrats on the release. Bernie Wallace BWallace1980(at)hotmail(d0t)com

Thanks for sharing the excerpt, I enjoyed reading it :)

My family and I all appreciate you bringing to our attention the book description of another great book to read. Thanks so much!