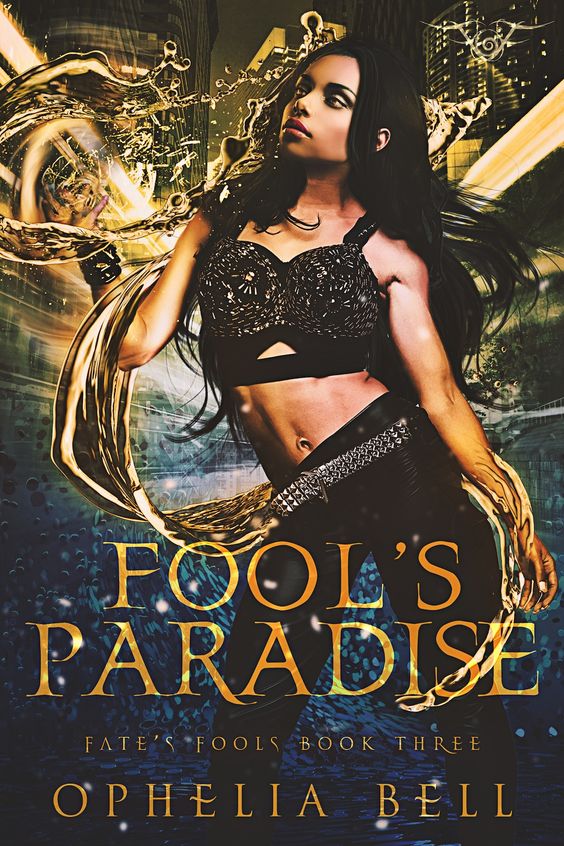 Deva Rainsong never expected to find a soul mate, now she has two and is on the run from Fate. The elusive divine entity has it out for her and has begun terrorizing the bloodline Deva has sworn to protect. Yet the young chimera and her five lovers still have no idea what it is Fate wants, or why she is so important to it.

The only thing she is sure of is that she needs a complete soul in order to have a chance at standing up to Fate, but for that to happen, she needs her human lover on board.

Bodhi Dylan is still getting used to the unusual, yet intriguing customs of the higher races. He’s fallen head over heels for the beautiful dark-skinned chimera, but doubts he can measure up to the prowess of his higher races counterparts. Besides, he can’t quite wrap his head around how the whole “harem” thing works. Because if he agrees to Deva’s proposition, that’s exactly what he’ll be part of.

But when he learns his participation is the key to her happiness, he’ll have to make a choice. Agree and risk inviting more of Fate’s wrath, or deny her to keep her safe.


When you met the father of the woman you loved for the first time and half the people in the room knelt, it was probably a good idea to follow along. So I wasn’t sure why I didn’t.

Keagan, Rohan, and Willem all rested on their knees, heads bowed in front of one scary-looking dude. It still hadn’t quite sunk in that Deva had just introduced him as her dad. Mom had just given him lip—leave it to her to stand up to him. He seemed like someone who kept attack dogs around just to snuggle with, if a guy like him even snuggled.

Nikhil was well over six feet tall—probably not as tall as Willem, but he made up for the difference in sheer, domineering presence. His simple black cotton T-shirt and jeans might have been unassuming, but they highlighted how fucking intimidating he was. Even the glowing tattoos around his neck and wrists made him seem more menacing. His black hair was trimmed high and tight, and his steel-gray eyes glinted like sharp daggers as he took in the room.

He barely glanced at the three men on their knees, passing over them quickly. His eyes narrowed as they reached Ozzie, and his jaw twitched when his gaze landed on Llyr. Neither Llyr nor Ozzie had knelt. Ozzie leaned casually against one wall, completely unfazed by Nikhil’s arrival, but Llyr . . . Both his hands were clenched into fists so tight his knuckles were bone-white.

“At ease,” Nikhil rumbled down to the trio on the ground, and they immediately stood. Shit, had Deva told me he was military? Then Nikhil’s attention slipped to Deva and his entire demeanor shifted. His face lit up in a huge smile and he stretched out his arms. “Baby girl, I missed you.”

Deva squeezed my hand as she passed and gave me a reassuring look, making me feel a little less like a jerk for not bowing to her dad. I still wished she’d prepared me a little better for this, but feeling out of my element had kind of become my natural state lately.

She slipped into her father’s arms, the tension slipping away from her as he held her tight. His eyes grew glassy and his brows twitched for the briefest second before the show of tenderness disappeared so completely I wondered if I’d imagined it.

“You should have come to us before it got to this. We’d have helped,” he said.

“I needed to prove I could take care of myself,” Deva replied.

“We never thought you couldn’t.”

“I needed to prove it to myself, Dad. And I honestly don’t believe there’s anything any of you could have done to help the bloodline. I’m the only one who can find them, and I’m the only one . . . or I was the only one who could see the fate hounds. Now I have help, so you don’t need to be here.” She glanced back at the rest of us, and I straightened as Nikhil’s gaze landed on me. His dark eyebrows lifted the tiniest bit before he glanced at my mom and smiled.

“Who are your friends? I know those two fuckers already.” He jabbed a thumb at Ozzie and Llyr. “And I remember Willem from the Haven War.” He clapped the big man on the shoulder and Willem nodded.

“They’re our replacements.” A jovial male voice filtered in from the entry to the suite as three more people entered. Didn’t this place have locks on the goddamn doors?

But when I saw who it was, I finally did have a sudden urge to drop to my knees, because I was in the presence of fucking greatness.

“Holy motherfucking fuck,” I murmured when Lukas North appeared, followed by his brother Iszak and then Belah, who I’d only seen with the band a handful of times, but whose face was unforgettable. “Fate’s Fools, in the flesh.”

About the author:
Ophelia Bell loves a good bad-boy and especially strong women in her stories. Women who aren't apologetic about enjoying sex and bad boys who don't mind being with a woman who's in charge, at least on the surface, because pretty much anything goes in the bedroom.

Ophelia grew up on a rural farm in North Carolina and now lives in Los Angeles with her own tattooed bad-boy husband and four attention-whoring cats.

I like the titles of the books in the series. I hope your book series is a success. Bernie Wallace BWallace1980(at)hotmail(d0t)com

I enjoyed the excerpt. Your series sounds interesting. Good luck with your books.