a high-stakes game - A Mistress for Penndrake by Tammy L. Bailey

"I absolutely loved this book. It is exceptionally written story with some amazing characters. I quite enjoyed reading it. I think it's a must read for all historical fiction fans. [...] It's a great novel, definitely worth reading." Fizza, Goodreads 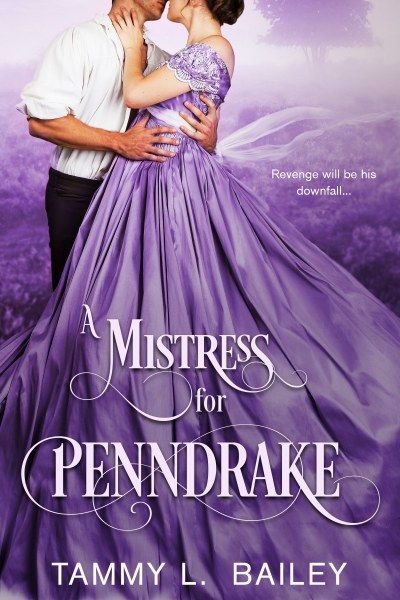 The Marquess of Wesley is out for blood. For a year, Lord Wesley has tried to undo the devastation his father left to Penndrake, their ancestral home, only to discover the man gambled it away right before his death. Now Wesley is being blackmailed by the new owner into marrying a woman he’s never met in order to get it back. But his intentions are less than honorable…

At one and twenty, Miss Kate Holden intends to become a governess, having sworn off all men years ago. However, her plans are halted when she receives a daunting letter from her cousin about a Lord Wesley. Ignorant of the name, and the devilish marquess that wears it all too well, she nearly ends up compromised. Refusing to fall prey to Wesley’s skillful seduction, Kate decides to turn things around on the rake. But the high-stakes game between them soon leads to her losing the last thing she expected…her heart.

“Damn it, Miss Holden, if you die in my company, there will be hell to pay.”
Despite her earlier feelings of comfort and contentment, his irritation ruffled her pride. While her legs dangled over each side of the horse, she twisted around so her nose came in proximity to touching Lord Wesley’s.
“A shiver does not constitute the demise of one’s health. I-I…j-ju…”
Unable to finish her words, Kate buried her head into his chest and held the sneeze, a consequence she didn’t consider until it was too late. Against her cheek, she heard the erratic thumping of his heart, felt the inviting heat of his skin.
“You must get warm,” he said after a long moment, his tone vibrating against her right ear.
She lifted her chin, unsure of the man she’d find staring down at her, the carefree lord who flirted with Claire so easily or the affronted nobleman whose features resembled a Grecian statue, stoic and rigid?
In her company, she found the latter, of course. It perplexed her to know she caused such an offensive reaction in such a short amount of time. He continued to glower at her, his jaw tense and mouth tight. At the same time, a sense of feminine wonder overtook her. She disregarded all consequence and reached up to touch his face, wiping at a trickle of rainwater as it trailed along his chin.
Fascinated by his raw masculinity, she continued to explore, her fingers gliding over his skin until they stroked the softness of his lips.
This time she didn’t know who initiated the kiss, only that his mouth covered hers, breathless and fierce. He brought her against him, both sharing an equal yearning and affection, void of any mistrust or deception. Abandoning, for the moment, her doubts and insecurities, she grasped his soaked gold waistcoat, pulling the lapels apart to sink even closer to him.
His mouth slanted over hers, crushing and possessive. He stole her breath and her will, her limbs powerless to do anything but pull him closer. Dizzy, she closed her eyes, his satiny tongue stroking her lips before sweeping inside in a fervent and rapturous kiss. She moaned from his skillful seduction, the throaty sound shattering the connection and the intimate moment. He pulled back, his face rigid with restraint.
When she turned away from him, he didn’t stop her but instead brought his arm around to keep her from moving one way or the other.
He nudged his horse into a steady gallop, reaching the steps of Penndrake before she had the chance to sulk over her imprudent curiosity toward him. 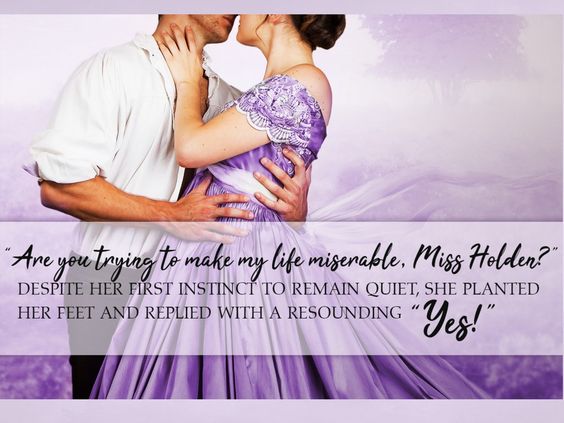 About the author:
A LEO wife, mother, and military veteran, Tammy began writing when the shows and movies she watched didn't end the way she wanted them to end. Whether it's historical or contemporary, for her, there must always be a happy ending.

When she's not writing, she's spending time with her husband and two boys near Cleveland, Ohio. Without their sacrifice and understanding, she believes she would have never been able to pursue her passion of writing or her accomplishment of becoming a published author.

a Rafflecopter giveaway
Posted by CCAM at 6:51 PM

This is such a pretty cover!

I love the cover! The dress is beautiful.

Love the colours in the cover. My favorite shades!

This sound delightful and the cover is stunning!

A lovely cover and intriguing excerpt. This sounds like a wonderful read.