"This next book in the series has magic, mayhem, twists and turns that make you impatient for the next one, the characters will leave you loving some and hating others. This is a highly recommended must read!" Holly, Goodreads 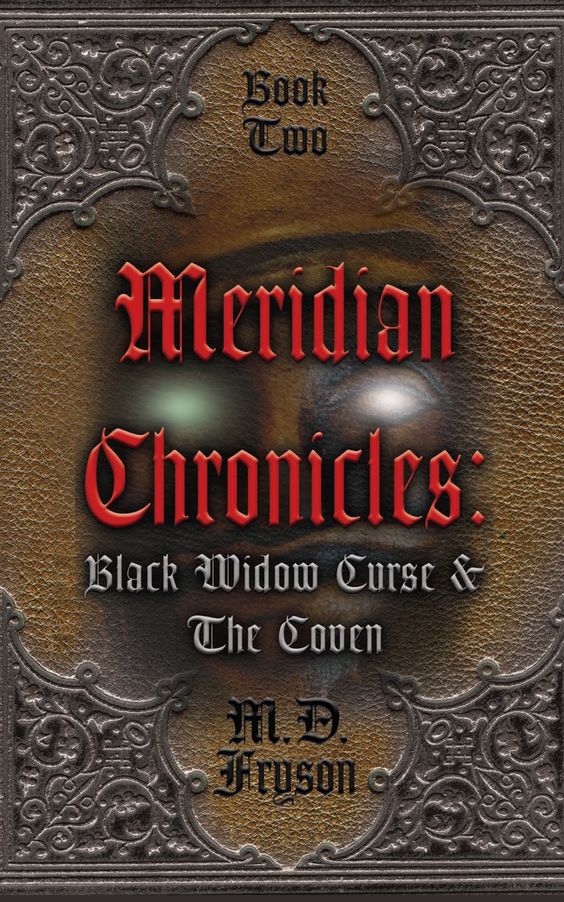 MERIDIAN’S curse has left her in a state all her own of amnesia. She is on Earth lost and afraid with only fragments to piece together her mysterious circumstance. The curse has taken the unimaginable from her, but that is just scratching the surface. The Black Widow curse will reveal itself through the demon’s riddle, the Coven and the Fairy Nymphs.

A trip back to Salem is just what the psychic ordered, but treachery lurks with an ex coven member who calls on demons. The demon realm offers more riddles than answers, but a stroke of luck from the high demon court, brings in a sophisticated demon, Lahash who has grown tired of the games.

The curse hides Meridian's identity and her memory will unlock the Universal secret of her twin soul to find her way home. As Meridian finds Aiden so do the impacts of her curse and what it could do to their budding relationship.

Meridian’s soul and fate are in the cross hairs, while the odds rise between the demons, witches and the fairies.

Finally having found Aiden, the Fairy Queen comes through to send aid to Meridian, but she still doubts herself and contemplates running away from it all. Who is Meridian's twin soul? Will she go back to Etheria or will the curse reign down on Meridian?
Find out in this dark and twisted paranormal romance.

Ever had that moment, where something that has been staring you in the face for a long time that you never noticed, all of a sudden emerges?

Aiden is one of the characters in the story, a human guy who has been raised by his grandparents, doesn’t know who his father was (at least for now) and his mother passed during childbirth. He is the guy that the main character, Meridian, is looking for, but at first doesn’t remember why.

A lot of Aiden’s traits from physical features, personality and nature are inspired by my husband. The love story that exists between Meridian and Aiden has been inspired by my story.

Part of Meridian’s curse is figurative for how I felt about myself at a difficult time in my life. I stopped trusting myself to make decisions about many things in life. Enter my husband. Well when I met him, I thought he was perfect (still do) I literally felt like he deserved better. Like me, Meridian knows that the curse she carries around may hurt him. So, what does she do? Same thing I did shortly after I met my husband (then boyfriend)—run off! Of course in the story, the curse has many more layers, but it is a real test of faith for Meridian to believe in herself and someone else.

Remember that earlier statement? Ever have something hit you in the face that had been there all along? Well one day it hit me, I thought to myself, what are you doing? My then boyfriend, now husband has been there for you off and on for over eight years, no judgement and full of tolerance for me. What was holding me back? Same things that hold Meridian back. Until it hit me in the face. 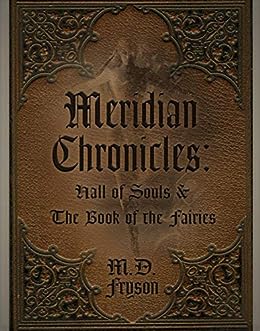 Just the same for Meridian, Aiden is patient, tolerant and really lets her know how he feels for her, but she is lost and her life has been stolen from her, she is going through a lot of overwhelming things, won’t listen to anyone, doesn’t trust herself to make a decision….(and I can’t say anymore because it would be a spoiler!) But through the series, Meridian has a couple of revelations about herself and who she trusts that brings her through her tragedy.

I know that a lot of people like reading books with happily ever after. I agree, I like those books too. But my first book Meridian Chronicles: Hall of Souls & The Book of the Fairies’ has a cliff hanger. I toned the cliff hanger down in this book ‘Black Widow Curse & The Coven’, but book three when it came back from a beta reader was really taken back with the cliffhanger and she said she cried.

What can I say? I can’t write a story inspired by some things and people in my life without it having a cliff hanger or two…because that isn’t the way of it. My life felt like an endless precession of cliffhangers for a while.

I am nearly finished with the fourth book and final book in the series and it will be a happy ending . Not every situation has a happy ending, it just maybe not happy right now. I hope readers see the message…that even if you get on the wrong track, you can still find your way back again and even in the darkest hour, you can find light if you look and have some faith in yourself!

Thank you, Mythical Books for having me again! On another blog tour and for the gracious support and spreading the word about my book! You guys are great.

About the author:
I am a wife and mom to three boys. I am an animal lover especially horses that I used to ride, train and show. Someday will do once more!
Favorite books are anything astrology, self help, motivation, romance and humor.
I love chocolate, coffee, my family (not in that order), and the beach.
I like to garden, hike, jog, swim and travel. My oldest two boys tell me I am weird as they laugh and I’ll take that as a good thing. I am told I am witty and sarcastic and I believe that comes out in my writing.
The third installment to this series comes out September, 2019 and I am nearly finished with the last book to the series that comes out in 2020.

Thanks again for having me on your site! If readers are interested I am hosting another give away https://gleam.io/a942h/meridian-chronicles-black-widow-curse-the-coven-paperback-give-away
Have a great week!