one way or another... Ain't No Messiah (Tales of the Blessed and Broken #1) by Mark Tullius

"Ain’t No Messiah is a beautifully-written book about one man's effort to find himself - and maybe even a bit of happiness - in a world bitter enough to greet even a supposed Messiah with abuse and scapegoating." ~Catherine Langrehr for IndieReader 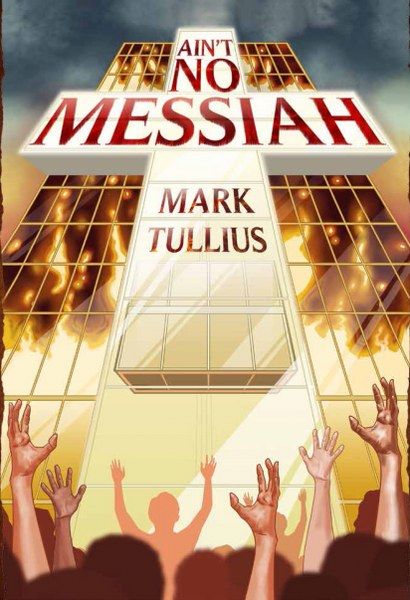 “God has chosen Joshua to bring forth his new kingdom on Earth.”

From the day he was born, Joshua has found himself the recipient of death-defying miracles. His earliest memories include his own father proclaiming him the second coming of Christ. However, Joshua has wrestled with serious doubts about the validity of this claim all his life. How could he not, having survived a childhood filled with physical and emotional abuse at the hands of his earthly father.

Now, one way or another, Joshua is going to show the world who he really is.

I was born mostly dead, my body purple, not a single breath or thump of my heart to be heard. Everyone figured I was already walking into Heaven, spying the Pearly Gates with closed eyes yet to see the mortal world. I guess that’s where all this Messiah stuff started. Mother was the only one who believed I wasn’t fully gone. She begged the Committee not to put me in the ground, but they’d made their decision.
Mother nearly tore off their skin trying to keep them from putting me in that tiny casket. Once they had restrained her, they started hammering nails. Father fell to his knees, looked to the darkening sky, and begged God to spare me. My parents had been trying to have a child for almost seven years. The Committee had told Mother she’d never conceive. I was a gift from Heaven, and God decided to take that gift back.
So Father offered a deal. He promised God I’d be a vessel for His will. I’d be His servant.
And that’s when my cry ripped through the night.
Mother tore off the top of the casket and pulled me from the earth just as the sun sank.
At least, that’s the way Father recounts it.
Just like all his other stories, it’s a mix of fact and fancy and no one will ever know how much of each. They’re simply tales to build my legend. He says belief is the only thing that matters, that we must do everything to preserve it, because without faith, there’s no reason to live.

"A compelling, if sometimes-lurid, picture of a faith gone wrong." - Kirkus Reviews
"Ain’t No Messiah is a beautifully-written book about one man's effort to find himself - and maybe even a bit of happiness - in a world bitter enough to greet even a supposed Messiah with abuse and scapegoating." ~Catherine Langrehr for IndieReader

About the author:
Mark Tullius is the author of Unlocking the Cage: Exploring the Motivations of MMA Fighters and dark fiction which includes Ain't No Messiah, Twisted Reunion, 25 Perfect Days: Plus 5 More, Brightside, and the Try Not to Die series. An Ivy League graduate, Mark lists Chuck Palahniuk and Stephen King as the authors who most influence his own writing. He attests that attending Tom Spanbauer's Dangerous Writing workshop marked the turning point in his career. In addition to his writing, Mark is the host of the podcast Vicious Whispers.
Mark resides in Southern California with his wife and two children. 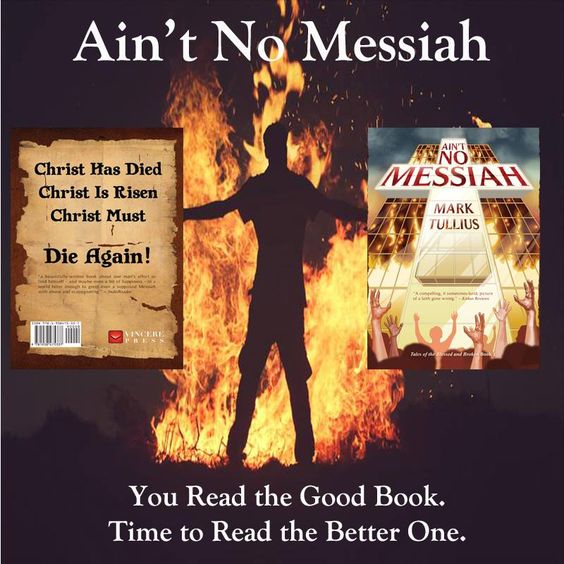 Looks like a very good book. Thanks for sharing the excerpt with us! :)

This has a wonderful cover. I liked the featured review and sounds like a read I'll truly enjoy.

It does sound fascinating and an intriguing cover too.

I like the flame reflection on the building on the cover. Congrats on the release. Bernie Wallace BWallace1980(at)hotmail(d0t)com

I think the cover looks interesting

This is a great cover, and quite an interesting story to boot.

I like the book cover. The excerpt is really unique and interesting.