behind OITNB... Smuggler by Nicholas Fillmore

"It was a page turner with suspense, adventure, and interesting characters. I appreciated this memoir as a literary piece of writing. The vocabulary and descriptions were creative and colorful. It is clear to me that Fillmore is a skilled writer, painting a picture for the reader." - Robert, Goodreads 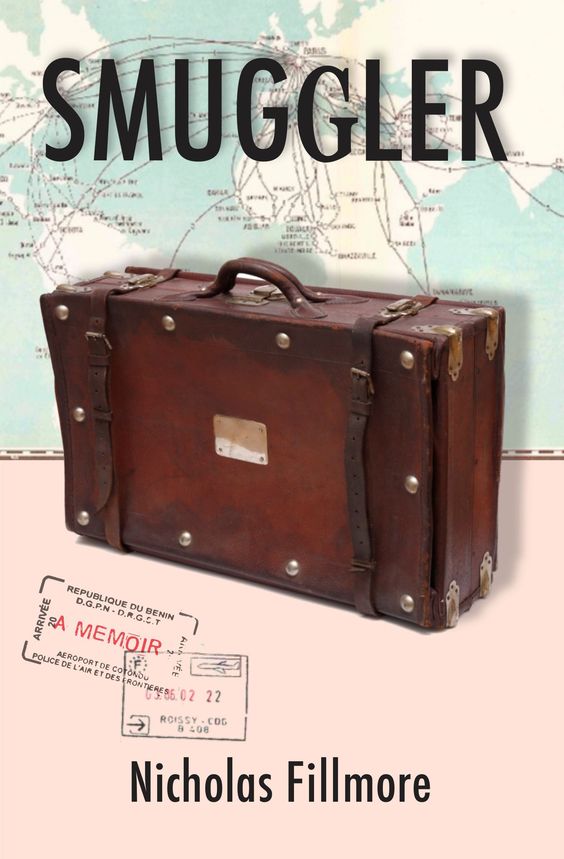 When twenty-something post-grad Nick Fillmore discovers the zine he’s been recruited to edit is a front for drug profits, he begins a dangerous flirtation with an international heroin smuggling operation and in a matter of months finds himself on a fast ride he doesn’t know how to get off of.

After a bag goes missing in an airport transit lounge he is summoned to West Africa to take a voodoo oath with Nigerian mafia. Bound to drug boss Alhaji, he returns to Europe to put the job right, but in Chicago O’Hare customs agents “blitz” the plane and a courier is arrested.


GUEST POST
What is the difference between an anti-hero and a frustrated idealist?

Aha! Very clever, quoting me: In an about-this-book blurb I write, “I puzzled over how I might present an unsympathetic protagonist (myself) who despite his villainy is not exactly an anti-hero, but more like a frustrated idealist.”

That’s a little vague, is it not?

I think of the anti-hero as possessing an unconscious quality. At bottom he is deeply pragmatic, which precludes any deeper considerations of right and wrong.

The frustrated idealist, conversely, is someone who has made the conscious choice to do wrong (for its own sake). Morality is central to his outlook; thus, his choices are said to be immoral, as distinguished from the merely amoral choices of the anti-hero. The frustrated idealist exists inside society, as opposed to the anti-hero, whose unconcern allows him to float above consequences.

Some of this may be my own peculiar outlook. In writing my own character, it felt necessary to distinguish the blithe opportunist of Lermontov’s A Hero of Our Times from an anguished Raskolnikov; the picaresque from the tragic.

I wasn’t smuggling drugs just for the money. Or entirely for the experience. But, partly, out of a sense of injustice, and a deeply misdirected desire for revenge….

Most TV anti-heroes, lacking any real awareness of their calumny, fall into the former category of anti-hero. Tony Soprano is just a family guy, finally. Dexter is able to adapt his impulses to a very Aristotilean “code.” And Heisenberg seems to view his predicament not so much in moral terms, but as a logical puzzle requiring one merely to figure out the order of operations. Success and failure are the primary beacons.

In Smuggler I’m a little coy about my sense of injustice. That’s partly termpermental and partly an artistic choice. And partly the desire to have my character retain a sense of agency, not just be reactive and blaming. Suffice it to say he is aggrieved. Only from time to time does his frustration spill over into words:

In another place and time I might have raised a fist. Or manned the barricades. But in our post-sixties era, cowed by Reagan and Bush Sr. and defeated by a rhetoric so inane that to oppose it would seem stupid, we resorted to punk rock’s effete gestures: “Don’t know what I want, but I know how to get it.”

And so the problem for me was how to portray this character who’s not likely to win a lot of sympathy points from the reader. As I explain elsewhere, the solution was to simply tell the truth, to inhabit the logic of my own actions … which still leaves some readers who expect this big apology a little out of joint. Which is okay, I think. If everybody’s happy, it’s probably a boring party.

About the author:
Nicholas Fillmore attended the graduate writing program at University of New Hampshire. He was a finalist for the Juniper Prize in poetry and co-founded and published SQUiD magazine in Provincetown, MA. He is currently at work on Sins of Our Fathers, a family romance and works as a reporter and lecturer in English. He lives on windward Oahu with his wife, his daughter and three dogs.

I like the cover and from the featured review not only does this story sound phenomenal but they praise the writing style of the author as well. Looking forward to reading.

I wish I could complete the rafflecopter but your site never allows the Pinterest option. Neither in the form or the buttons underneath. Is this a personal choice for your blog to not associate with Pinterest or is this a glitz. This is for all posts on your blog not just this one.

I know that Pinterest made some changes and that could be the cause.
(for example, Pinterest identifies as the possible spam the image I try to save using the button below the post)

Anyway, I think if you cannot pin the image, you could save it and pin it directly and then put the image link into the raffle

Thank you for letting me know (I'll try to claim my blog on Pinterest, maybe it will solve the problems) and for your visits :)

thanks the excerpt sounds very interesting, good luck with the book

I enjoyed the excerpt and am very intrigued by this memoir. Interesting cover as well. Thanks for hosting this one.

Thanks for all your kind comments. (Somewhere in my blog tour I have some extended thoughts about the cover: see http://www.nicholasfillmore.com/press/ Basically it came to me in pieces. I know you're not supposed to create your own cover, but I found the suitcase image, which is kind of emotionally involving—like, pick it up, I dare ya—and the old Air France route map in the back, and at some point I was like, I got this!

Good luck with your novel.