REVIEW - Lessons from the Set by Usher Morgan

"It’s Saturday night, and you find yourself inside your local movie theater. You take a seat in a dimly-lit room with a bucket of popcorn and an oversized cup of soda. The previews are kicking in – all the movies that are yet to come; the personal dreams of folks who have spent years of their lives making a single product that is now trying to grab your attention. You watch trailer after trailer for what seems like an eternity when, finally, the lights begin to dim and that infamous studio logo kicks in and everyone goes quiet – it’s starting." 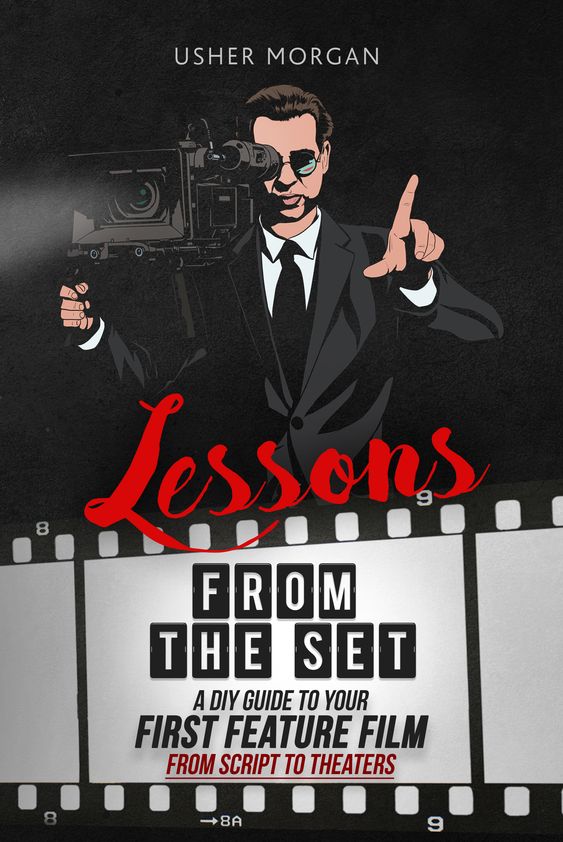 “When given an opportunity, deliver excellence and never quit.” ~ Robert Rodriguez

Usually, when reading a non-fiction book of the “you can do it yourself” type, I am a bit reticent. Very rare I have found a person who really wanted to share not only a part, but enough amount of information for you to start… to obtain a (quantifiable) result. But the quote above (used by the author) pushed me to read further.

If, as an amateur, I will not be capable to verify in full the information that Usher Morgan kindly offered us, as a cinéphile (movie fan, cinema-goer or any other word/s that describe a person who not only likes to watch movies of different genres, but also to discuss about them), I can say that the author touched in Lessons from the Set many aspects that I talked about regarding the “industry” or I considered important when “dissected” a movie. For example, the balance between movie making as a form of art and as a business, the right way to “say” the story (also a requirement for writers), how to use the lights / sound and their impact etc.

Anyway, the best thing about this book (next to the actual lessons) is that the reader gets what the book description promises. The project of filmmaking is followed through all its stages, from idea to the final product, including the publicity and distribution of the final product. The reader will find that there are actually tips, tricks, and filmmaking techniques in this “manual”! Another good thing is that the writing is friendly and sincere, without I know it all attitude, but shows that the observations come from his own experience. U.M. has the good professor gene, in the sense that not only he identified what information is useful, but also he delivered it in a practical and accessible way. Of course, all of these are based on the American experience on the American market, but hey, we can adapt it to any market…

The author does not want to make it look easy, but he also does not want for you – the future prospect filmmaker – to quit too quickly. After all, “If you want to venture into the world of low-budget, independent filmmaking, the information presented in this book will be a life-saver!” and maybe more… So, if you got the TALENT, learn your Lessons… and go for it, make your movie! I cannot wait to watch it and… dissect it (after all, U.M. just gave me some good tips)! 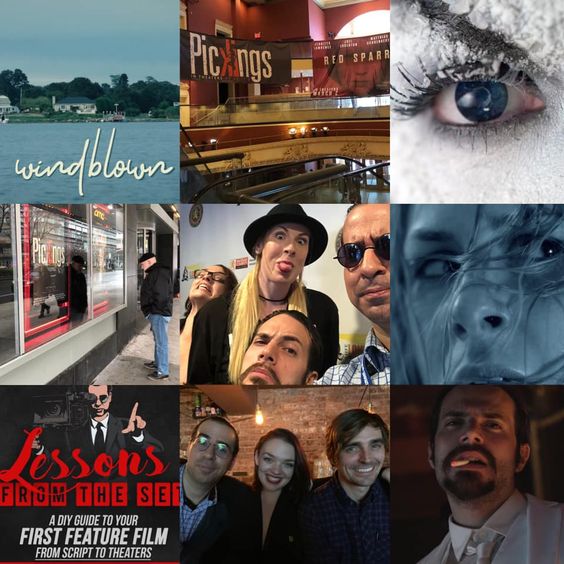 Lessons from the Set: A DIY Guide to Your First Feature Film, From Script to Theaters is a step-by-step filmmaking guide that takes a cinephile’s “Do It Yourself” approach to low-budget indie film production and distribution. This book will offer you some valuable, practical insight into the process of making a commercial feature film on a low budget and releasing it to theaters – whether you’re starting with $1,000 or $1m.

Lessons from the Set will guide you through the process of writing, planning, directing, producing, marketing, and releasing your first feature film. You’ll learn how to overcome writing challenges and improve the quality of your screenplay, how to make $0 budget short films and perfect your craft, how to plan your film, master filmmaking tools, and set the stage for your upcoming shoot.

This book is peppered with life-saving tips, tricks, and filmmaking techniques that will save you a lot of time, money, and energy on set, in pre-production and in post. You’ll learn how to release your film to theaters, how to tackle festivals and win awards, how to handle press and get reviews, execute marketing efforts, and approach the filmmaking process with both an artistic soul and an entrepreneurial mindset. Lessons from the Set was designed to give you all the tools and resources you’ll need to complete and release your film successfully in any market and help you set the stage for a prosperous career as a full-time indie filmmaker.

About the author:
Usher Morgan is an award-winning screenwriter, film director, producer and studio executive residing in New York City. Morgan started his career in book publishing and later became involved with film production and distribution. He produced his first documentary film The Thought Exchange starring David Friedman and Lucie Arnaz in 2012, followed by his directorial debut, the award-winning short film Prego.

Morgan’s first feature film, Pickings was released to AMC theaters on March 2nd, 2018 and made its way to VOD in August of 2018. His directing style is influenced primarily by film-noir and spaghetti westerns. The Los Angeles Times calls Usher Morgan, “a talent to watch”.

the more you comment, the better your chances of winning
a Rafflecopter giveaway
Posted by CCAM at 5:30 PM

I'm involved in am-dram and know that while you may have the best script in the world, it's not enough. The winning formula must include the back stage team, lighting, sound, costumes etc. In other words, it's the whole package that makes the event memorable.

Thanks for sharing your review!

thanks for hosting the book sounds really interesting

This book sounds like it could be very helpful.

It's shame there are no reviews yet on either GR or Amazon :(

Have a great weekend everyone :)

What was the hardest part of the whole process (i.e. the research, writing, publishing etc.)?

I hope everyone's having a good weekend!

Here we go. The start of another week and a rehearsal tonight for Calamity Jane!

I mentioned Usher's novel to the cast & crew last night.

Some of the crew are very interested in getting a copy for themselves so I've sent on the link.

Thanks for the review & recommendation, guys.

Thank goodness it's Saturday - one of those weeks!