was she keeping the secrets they expected her to keep? Five Gems Series by E. Kaiser Writes

"All I can say is, you're gonna keep on guessing till the end of the book who the villain really is...the author's subtlety is one of the best things about the story. No cheap physical stereotyping here. No give-away lines. The mystery is very realistically handled, and every character has a legitimate point of view. :) [...] I only wish I could write such perfect narrative as E Kaiser does so easily." #2 cHannah, Goodreads 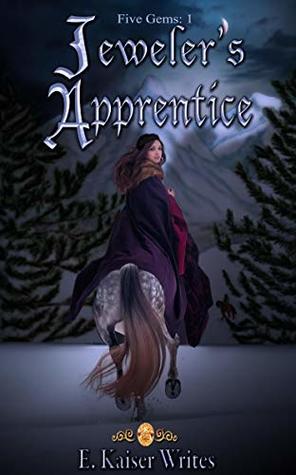 On her first visit to the palace, sixteen-year-old Fia stumbles upon a court intrigue. To keep the secret safe, the Chancellor sends her off as apprentice to a famous, reclusive, mountain jeweler...
...And straight into adventure.

Discovering gems with deep secrets and new friends with the same, Fia learns a whole lot more than just making jewelry: when to trust a stranger, and when not to, why not to try stealing from gem thieves; what heroism is; what royalty ought to be; and that the mountains themselves can sometimes be the greatest danger of all.

Is the legend of the Sunlight Stone true?
Will peace ever come to the war-torn neighboring kingdom?
And what is the stable boy hiding...?

Swiftly she wove through the arbors toward the spot where she thought she had glimpsed something. The closer she got the less sinister everything looked. She let her shoulders relax. She’d been letting the night and new surroundings get to her.

Perhaps it had been merely some gardener's boy coming back from a nearly unremembered duty. Or had it been sheer imagination alone?

That would be enough to account for a great deal, right there.

Suddenly her heart stopped, and she stared fixedly at the space between the arbors. It hadn’t been a shadow this time, nor could it even remotely be construed a gardener's boy. It was a man, clothed in dark garments, a black scarf of flimsy material hiding most of his face. His gait was purposefully soundless, and the intensity in his movements made her blood chill. 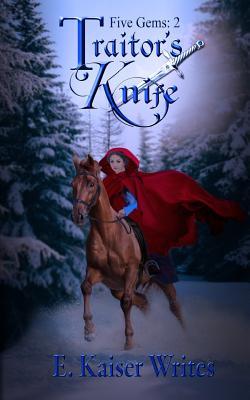 Secrets. Sabotage. Murder. With Olayin House temporarily turned into a weapons factory, Fia is confronted with the care of three refugee children, an ill-timed visitor, a perplexingly brash messenger that she isn't quite sure what to think of, all while trying to keep her friend’s secrets safe. But when dangerous accidents start to happen, the young apprentice begins to tread a fine line of suspicion. Are saboteurs out to nix the weapons works... and is the incognito crown prince in mortal peril? Winter in the mountain house isn’t as cozy as her apprenticeship was expected to be.

“But apparently some dwarf is willing to pay a pretty penny for it to be stolen.”
“Stolen, stolen.” repeated the king. “That’s the bane of having treasure. Everybody wants to steal it.”
-
Andro’s hearty guffaw filled the hall and he slapped his guest on the shoulder so hard the man stumbled to catch himself.

They were like two boys, Fia thought, and then understood. They had been two boys, and of course they had known each other for many years before family responsibilities and the hardships of life had drawn them apart and knocked the spark down in them.

But now, with Gilahdro’s release, there was a new element in his soul. The element of fire.
His dark eyes shifted sideways to catch her glance and he grinned. His good mood knew no bounds today. He reached out to chuck her under the chin and then gave her a mischievous wink.

“Been keepin’ secrets?” he asked, his voice filled with an enthusiasm he could hardly contain.
“Yes, sir.” Fia answered before she could think it over carefully, and then felt a little embarrassed as the two men laughed heartily. 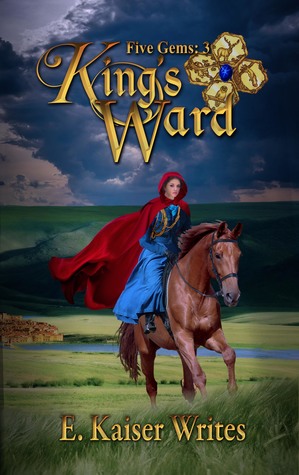 With her wealth of loyalist secrets, Fia’s position at Olayin House is compromised. Now a potential danger to two countries, she is made a ward of the king and sent away yet again; this time into the grassland kingdom of Erlandia, but her journey amongst the horse folk takes unexpected turns.

Trapped under siege, she faces two men from her past... one she fears might murder her, and the other may die of plague unless she wins the battle for his life.

And with the Sunlight Stone traded for troops, how long will Erlandia’s peace last?

“Bravo!” Siransa cheered and the whole section of the fence clapped their hands and sent shrill whistles in acknowledgment of a master hand and three fine horses.

“That’s one of our lads.” Siransa nodded proudly at the galloping set, racing back to the other end of the arena.

“One of yours?” Fia turned her head, trying to catch everything at once.

“Well, not mine, personally…” Siransa stuttered a bit and ducked her head, and Fia wondered if her new friend wouldn’t have liked very much to have that dashing rider be “her’s, personally.”

“Our local lads.” Siransa clarified and turned away a little too sharply, her chin held a trifle too strict in the air.

About the author:
E. Kaiser Writes was born into a family of readers, and got started on storytelling around the age of four when her older siblings prompted her into recounting an absolutely ridiculous account of a parallel childhood. It was good for the family's general entertainment, and she discovered the thrill of making people laugh.
At the age of seven her mother read the Hobbit aloud, and a fascination with beautiful fantasy was born. At nine she came to the decision that she wanted to be a writer, and set to reading rabidly to learn the art. At thirteen she attempted her first novel, and it was eaten in a computer's demise.
Afterward, during her teenage years she tried very hard at various times to stop writing all together.

Not succeeding, she at last gave in to her addiction, and wrote "for fun".

Her first novel, Jeweler's Apprentice, is a light-fantasy adventure for teens. The shy, bookish heroine is thrust out on the first step toward the adventure that awaits, and growing up. More books in this series are expected. 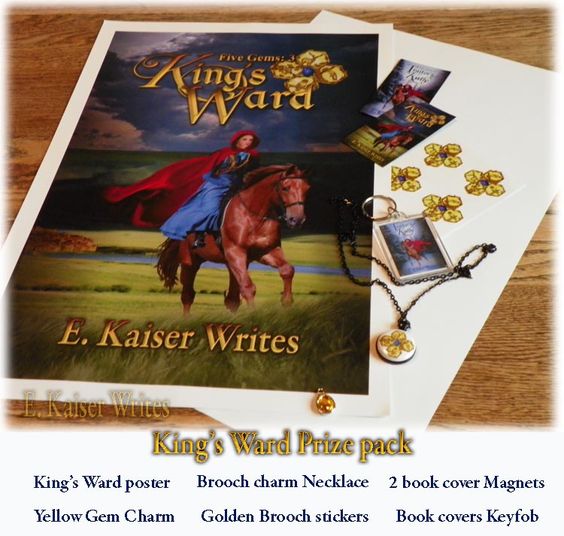 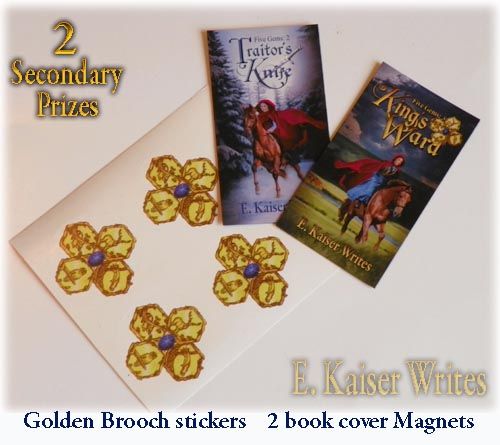 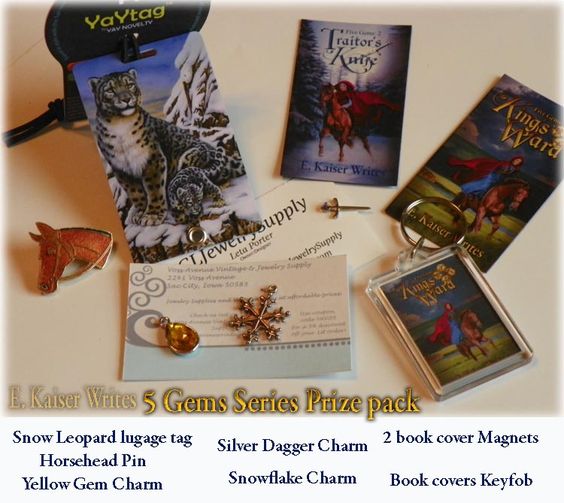 Thanks for hosting the Five Gems series, and the Kings Ward release giveaways!!
Enjoy the adventure!

The covers are gorgeous and the series sounds like a fun adventure.

I like the covers-King's Ward would be my favorite

I would love the 5 Gems Series Prize Pack the most. The books sound amazing and the covers are beautiful.