will she ever really be free? Losing Cadence by Laura Lovett

"Forget ANY other suspense novel you have read in the past or even recently. RUN to buy, borrow or steal Laura Lovett's LOSING CADENCE! My breath was held, my heart was stopped my mind was blown. There was never a minute when I wasn't on the edge of my seat with dread. I was scared for Cadence from start to end." - Lana, Goodreads 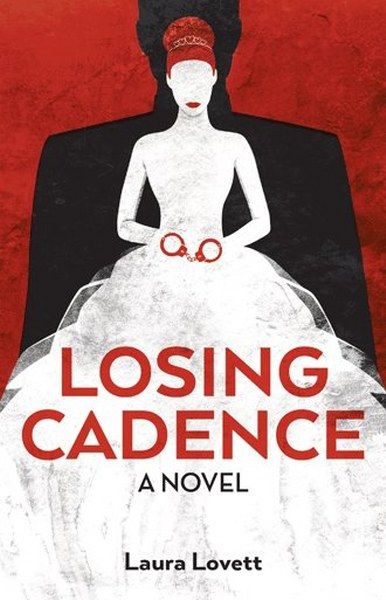 When Cadence Weaverly graduates from high school, she thinks it’s for the best that she and her boyfriend, Richard White, take separate paths: she to Julliard and he back to Harvard. Ten years later, she has an ideal job and a wonderful fiancé, Christian. She is building the life of her dreams—until the day Richard resurfaces out of the blue, abducts her from her San Francisco apartment, and returns her to his mansion where he holds her captive.

Cadence can hardly believe her ears when Richard professes his undying love and reveals his plans to build a life together. Terrified to fight back for fear he will have Christian murdered, Cadence must determine how to reason with a mentally unstable man who is obsessed with making her his forever. But even if she manages to escape, will she ever really be free of the man who hunts her heart?

In this psychological thriller, a young woman must rely on perseverance, courage, and inner strength to survive after she is kidnapped by her deranged ex-boyfriend.

What is something unique/quirky about you?
As a kid I used to be shy about my habit of drawing out stories and telling myself them aloud, so I would lock myself in my bedroom to do so. What I thought was weird at the time, was actually a writer in the making!

Tell us something really interesting that's happened to you!
A helicopter crashed into our lake in Montana late one night and I called 9-1-1 and argued with them that what I heard was indeed a helicopter crashing into 90 feet of water and not a chopper pulling out water to fight forest fires. They didn’t believe me until the truth came out and the Sheriff called me personally to apologize. Trust your instincts is the learning here!

What are some of your pet peeves?
· People who explain things to me I already know, without coming up for air to clarify if I already know it!
· Red lights
· Slow elevators

What inspired you to write this book?
Imagining how being a billionaire would impact an obsessive, stalker’s ability to create a “marriage” of his choosing. I was inspired long ago by two movies: Sleeping with the Enemy and Misery. But Losing Cadence and Finding Sophie are unlike these, but the idea of being held against your will has always been a creepy and interesting one.

Who is your hero and why?
My late father who died 20 years ago, and was also a writer, an entrepreneur and an inventor. I am learning how much I am now like him and I admire that in the 21 years I had him as my dad, he influenced me in so many positive ways.

About the author:
Laura (Hambley) Lovett was born and raised in Calgary, Alberta, and received her PhD in Psychology from the University of Calgary in 2006. Her love of writing began at an early age when she would create and draw characters, telling stories to herself as she drew.

An accomplished author in the academic and business world, Laura pursued her love of creative writing to pen her first novel, Losing Cadence, a psychological thriller. Losing Cadence was written over many years as Laura juggled school, work and family, but she made time to pursue her passion for writing.

Laura is a psychologist and entrepreneur, currently running practices in the areas of career and leadership development and distributed workplaces. She was nominated and selected as a Distinctive Woman in Canada in 2013. Laura also enjoys teaching at the University of Calgary and has been an Adjunct Professor of Psychology since 2010.

Laura lives in Calgary with her husband and three children. She loves playing squash, travelling, spending time at the family cabin in Montana, as well as her view of the Rocky Mountains as the snow is falling on her hot tub.