"The gem in this tale, however, is the science. Adventure seeps from every page, but so do all sorts of science facts. [...] But the book never feels like a science lesson because it isn't. It's just drops a few facts along the way.Summed up, this is a fun read for especially boys and reluctant readers. Not only will they love the adventure but enjoy learning something too." - Tonja, Goodreads 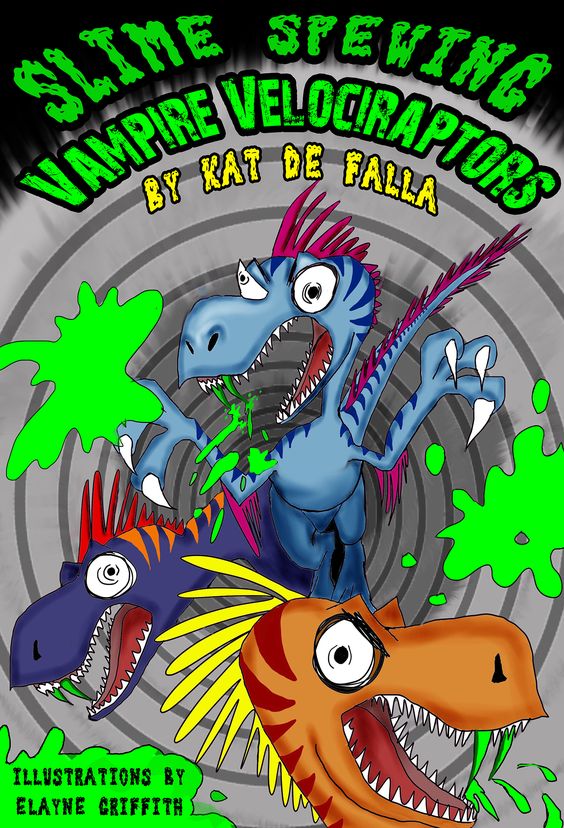 When Pea opened a portal and the alien cat, Max Gigan, jumped through from another dimension, he certainly didn't expect the talking tomcat to stay on as a family pet. He soon learns it can come in handy to have a fur ball from an alternate universe around when his friend re-opens the portal letting in vampire velociraptors who want to slime and eat the whole city!

Pea’s dad is one of the first infected. But his dear old dad isn’t the only one. The dinosaurs escape the museum where the portal opened, and rampage through Milwaukee. As Pea's dad gets sicker, the BMX gang joins together with the feline army to corner the raptors and use them to develop an antidote. But Pea's meddling step-monster brothers threaten to ruin everything! A city wide alert goes out for the misidentified "turkeys" while Pea and his gang try to stay ahead of the hunt.

Can the kids capture the dinos and get them home before they control everyone with their vampire powers? Will Pea’s dad remain infected forever?

Join Pea and his gang in their battle against the SLIME SPEWING VAMPIRE VELOCIRAPTORS.

Summer vacation is almost here! And Pea O'Neil is stoked to try out the new local BMX track which is finally open. He and his gang of friends can ride all summer long!

But when Pea tries a back flip, he unwittingly opens a portal to another dimension and hordes of flying mutant zombie rats are unleashed upon the city. With the help of an otherworldly talking cat sent to help prevent the demise of humankind, Pea and his friends must hunt down the hungry mutants and send them back before the portal closes.

But when the zombie rats attack a neighbor man, the boys have to enlist the help of a graveyard looney and the city's stray cats. With time running out, Pea and his gang track the monsters to the city's sewer system. But in the city sewer of Milwaukee, Wisconsin, it’s eat…or get eaten.
TOUR SCHEDULE
Goodreads ** RavenswoodPublishing ** AmazonUS ** AmazonUK ** AmazonCAN ** Barnes&Noble ** CreateSpace 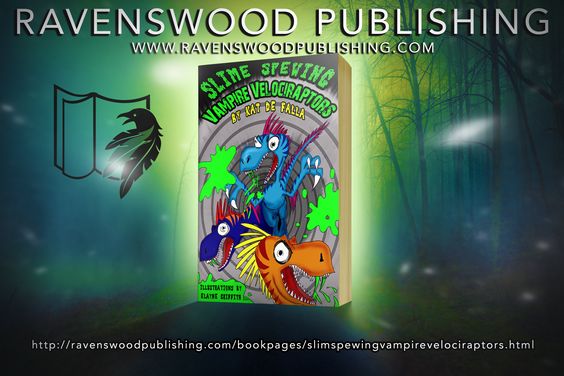 About the author:
Kat de Falla was born and raised in Milwaukee, Wisconsin where she learned to roller-skate, ride a banana seat bike, and love Shakespeare thanks to her high school English teacher. Four years at the UW-Madison wasn’t enough, so she returned to her beloved college town for her Doctor of Pharmacy degree and is happily employed as a retail pharmacist where she fills prescriptions and chats with her patients. She is married to her soulmate, classical guitarist, Lee de Falla and raising four kids together ala the Brady Bunch.