Revenge has no limits. - Hunger Moon (The Huntress/FBI Thrillers #5) by Alexandra Sokoloff

"This is one of those books that felt too damn short, it's the kind of energetic, blood soaked fiction I could keep reading forever. As it was, it became a late night, the perfect time for a book about the creeping evil of It, that dark, whispering force infecting human nature. " - Emma, Goodreads 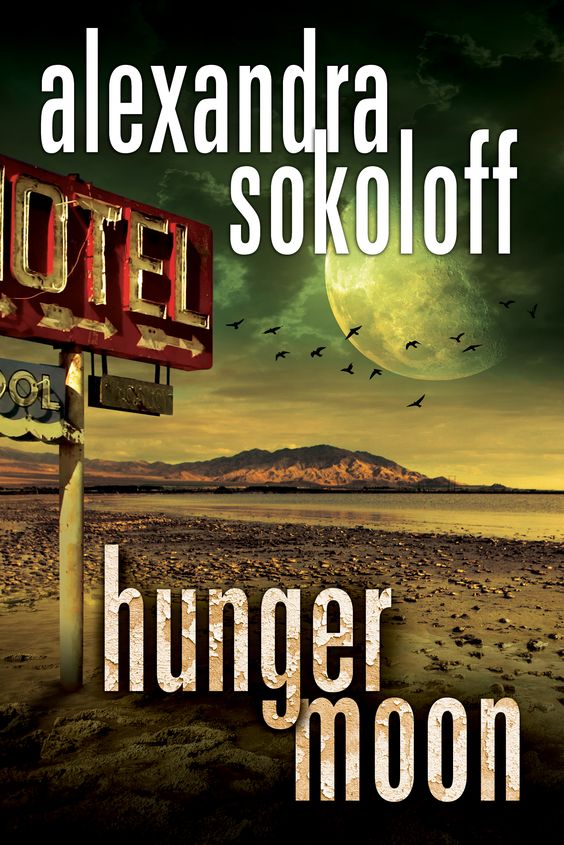 Revenge has no limits.

Special Agent Matthew Roarke has abandoned his rogue search for serial killer Cara Lindstrom. He’s returned to the FBI to head a task force with one mission: to rid society of its worst predators. But as the skeletal symbols of Santa Muerte, “Lady Death,” mysteriously appear at universities nationwide, threatening death to rapists, Roarke’s team is pressured to investigate. When a frat boy goes missing in Santa Barbara, Roarke realizes a bloodbath is coming—desperate teenagers are about to mete out personal, cold-blooded justice.

Hiding from the law, avenging angel Cara Lindstrom is on her own ruthless quest. She plans to stay as far away from Roarke as possible—until an old enemy comes after both her and the FBI, forcing her back into Roarke’s orbit. This time, the huntress has become the hunted…

I’ve always been fascinated by the fact that in Native American and other traditions, each full moon in each month has a name.

So in my Huntress Moon thriller series, the titles of all the books are names for the full moon.

The series takes the trope of the haunted FBI agent hunting a brutal, ruthless serial killer – and turns it inside out. My killer is a woman who kills men – almost unheard of, and my ex-profiler agent knows it. And, like other women you might know, she has an almost mystical connection to the moon – which may be a manifestation of her shattered mental state, or may just be something more.

I usually have a lot of trouble finding names for my books and scripts, but for once, with this series, it was easy. I knew I wanted “Moon” in the title, and there have been a lot of books – both crime and paranormal, titled Hunter’s Moon. But my killer is a woman, so it had to be a Huntress Moon. It was unusual and intriguing, like my killer, and recalls Artemis, the huntress, a champion and defender of women and children (as my killer turns out to be).

So the action of Huntress Moon takes place in October, Blood Moon in November, Cold Moon in December, Bitter Moon in January, and Hunger Moon in February.

Once I had that concept for the titles, and the timeline of each book taking place over a one-month period, culminating in the full moon, I had a built-in ticking clock for each book – the action becomes more urgent as the moon grows full.

Different native nations have different names for the same month, so I have somewhat of a variety of titles to choose from for each book.

Blood Moon was obvious for a book about a mysterious serial killer who suddenly began killing again.

Cold Moon deals with the heartbreaking reality of child sex trafficking and society’s cold response to the plight of these exploited children and teens.

Bitter Moon is both a continuation of the series and a prequel – it takes place on two different timelines, sixteen years apart, with my FBI agent protagonist in bitter retreat from the world during a personal and professional crisis, and my killer as a fourteen-year old girl, facing the bitter reality that she is alone and undefended in the world and in her mission.

The next book will probably be Storm Moon, but it’s too early to tell, yet!

All of these are great thriller titles and convey the dark, spooky, urgent tone of the action of these books. But if the series continues beyond that (and it might, now that it’s in development for television!), I run into the problem that the names for the spring moons are considerably less – thrillery.

And I don’t get much help from the English pagan tradition, either: Milk Moon, Hay Moon, Grain Moon, Fruit Moon.

But I’ve got lots of time to think about it, and with this series, the right title always comes.
I’d love to hear what other people’s favorite moon names are!

About the author:
"Some of the most original and freshly unnerving work in the genre." - The New York Times

ALEXANDRA SOKOLOFF is the Thriller Award-winning and Bram Stoker, Anthony, and Black Quill Award-nominated author of the Amazon bestselling Huntress/FBI series (HUNTRESS MOON, BLOOD MOON, COLD MOON, BITTER MOON, HUNGER MOON - now in active development as a TV series), and the supernatural HAUNTED thrillers (THE HARROWING, THE PRICE, THE UNSEEN, BOOK OF SHADOWS, THE SHIFTERS, THE SPACE BETWEEN). The New York Times Book Review called her a "daughter of Mary Shelley," and her books "Some of the most original and freshly unnerving work in the genre."

As a screenwriter she has sold original horror and thriller scripts and adapted novels for numerous Hollywood studios. She has also written three non-fiction workbooks: SCREENWRITING TRICKS FOR AUTHORS, STEALING HOLLYWOOD, and WRITING LOVE, based on her internationally acclaimed workshops and blog (www.ScreenwritingTricks.com), and has served on the Board of Directors of the WGA West and the Board of the Mystery Writers of America.

Alex is a California native and a graduate of U.C. Berkeley, where she majored in theater and minored in everything Berkeley has a reputation for. In her spare time (!) she performs with The Slice Girls and Heather Graham's all-author Slush Pile Players, and dances like a fiend. She is also very active on Facebook, Twitter, and Pinterest. But not an addict. Seriously, it's under control.

Thanks for hosting today! :)

This book is "my cup of tea", looking forward to reading it!