"D.M. Guay has mixed paranormal, YA angst, and mythology to create a story that is infinitely intriguing and satisfying. Much in the same vein of Divergent, the main character is so much more than meets the eye. And I for one am begging and pleading that this become a series. I really want to know more and more about the world of Salt Creek and its people. " - Kimber, Goodreads 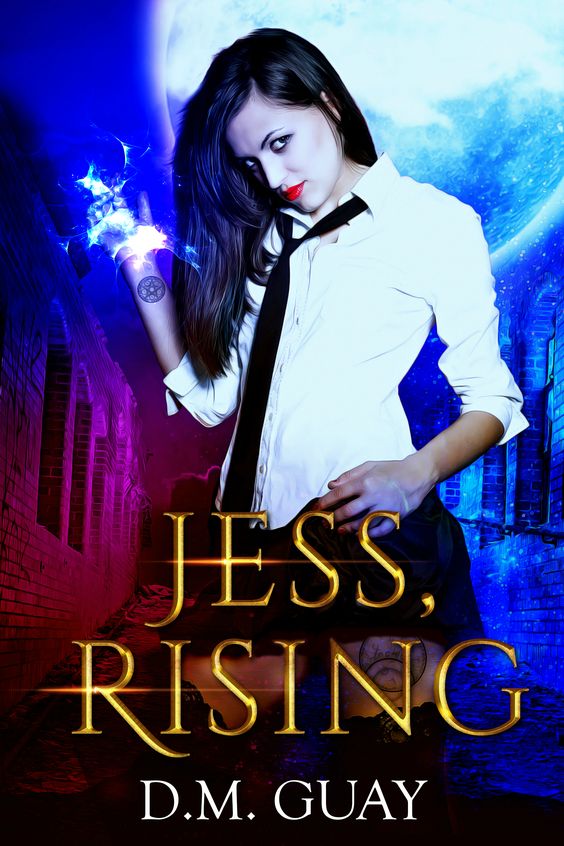 Seventeen-year-old Jess Flowers got more than she bargained for when she moved to Salt Creek, a podunk nowhere town with a dangerous secret. In Salt Creek, people aren't what they seem, and it's contagious. Jess is changing into something dark, something powerful, something more than human.

Will it be enough? A super-charged killer is closing in. She sees him in visions, slaughtering the helpless with fire and lightning, and she's next on the kill list. Gorgeous outcast Billy Combs is the only one willing to help her, but his troubled past may be darker than he's let on.

Can she tame the mysterious powers surging within her and identify the killer before it's her turn to die? Murder, lies, betrayal and supernatural powers collide in this dark YA love story for fans of Beautiful Creatures, Twilight, and Vampire Diaries.

Winner, 2016 Romance Writers of America Joyce Henderson Contest for Young Adult romance. (Under its working title, Girl with the Sun on her Heart.)

Billy was close his breath tickled my face. He had blue eyes, flecked with green, that looked all the way through to the inside of me. “That's the second time you've almost given me a heart attack,” I said.

The tips of his teeth emerged under a smile. “I can't help myself. I’ve been waiting a long time to meet you, Jesse Flowers.”

About the author:
D.M. Guay writes about the intersection of real life with the supernatural. By day, she's an award-winning journalist living in Ohio, a hobby urban farmer, a painter, and a retired roller derby player. Her favorite things—besides books—are Jeni’s ice cream, tiki bars, liquid eyeliner, the 1968 Camaro, the Mighty Boosh, 24-hour horror movie festivals, art by Picasso and Niagara Detroit, rock concerts, and most of all, people who make art, despite adversity, no matter what life throws at them.