"A fast paced dystopian scifi full of action and I enjoyed it! What set this one apart from the usual dystopian is the scifi aspect. [...] I really like the concept and story line. I'm looking forward to reading the rest of the series." - Angie, Goodreads 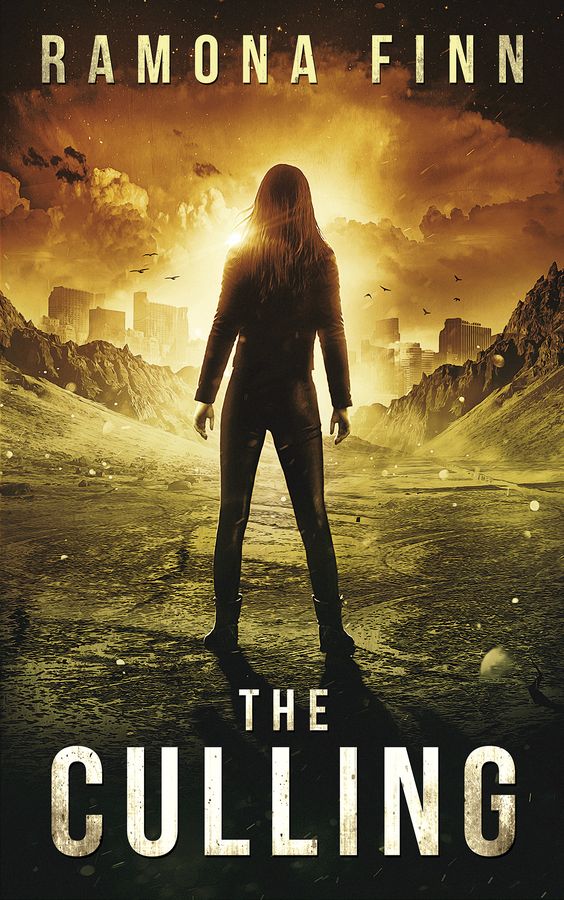 In a solar system where The Authority decides who lives and who dies, only one of their own assassins can stop them.

Glade Io is a trained killer. Marked at a young age as an individual with violent tendencies, she was taken from her family and groomed to be a Datapoint, a biotech-enabled analyst who carries out the Culling. She is meant to identify and destroy any potential threats to the human colonies. But when she’s kidnapped by rogue colonists known as the Ferrymen, everything Glade thinks she knows about the colonies, and The Authority that runs them, collapses into doubt.

Pulled between two opposing sides, and with her family’s lives hanging in the balance, Glade is unsure of who to trust—and time is running out.

A noise comes. A shadow rears up in the dark. I scream.

Panic claws my chest and I scream again, reaching blindly for something to fight him off. Squatters and junkies and all kinds of dangerous men fill my mind as my hand closes around something solid on the hall table and I swing with everything I’ve got.

“Goddamn!” The figure reels back, stumbling against the wall.

“Get away from me!” I cry, shaking. My heart is racing so fast I think it might beat right out of my chest. I grip the object in my hand tighter. “Don’t touch me!”

“I’m not trying to touch you!” The man roars, angry. “I just want to know what you’re doing breaking into my goddamn house!”

The light flips on. I reel back, blinded by the sudden glare, but as the daze clears and my eyes flick back into focus, I see the man in front of me for the first time.

He’s half-naked, that’s the first thing I notice. Jesus, his body is like nothing I’ve ever seen before: tanned bronze and chiselled like a Greek god, but not like the guys I’ve dated, all waxed and pumped from hours at a fancy gym. This guy is real, raw, all muscle and power, with web of dark tattoos snaking over the bicep of his right arm. I feel a flush roll through me, hot with prickling awareness, but I can’t look away as I take in his tight, sculpted six-pack abs, and the trail of dark hair leading down to the waistband of his navy briefs...

I snap my eyes up to his face, blushing. Then I look at him for real and it all clicks into place.

“Oh,” My heart clenches in my chest as I recognize him for the first time. “It’s you.”

Unshaven face. Messy mahogany bed-head hair. And a pair of stormy ocean-blue eyes scowling at me like I’m the last person on earth he wants to see.

And I can say, the feeling is entirely mutual.

“It’s me.” Garrett Sawyer agrees in a low, Southern drawl. He strides over and snatches the vase from my hand, setting it down on the table with a thud. “Now, you want to tell me what the hell you’re doing creeping around my house at three in the goddamn morning?”

Goodreads ** Amazon
About the author:
Ramona Finn writes about courageous characters who fight to live in broken, dystopian worlds. She believes a person's true character is often revealed in times of crisis, and there is no greater crisis than the worlds that she drops her characters into!

She grew up sitting cross-legged on her town's library floor--completely engrossed in science fiction books. It was always the futuristic world or the universe-on-the-brink-of-extinction plotlines that drew her in, but it was the brave characters who chose to fight back that kept her turning the pages.

Her books create deep, intricate worlds with bold characters determined to fight for their survival in their dystopian worlds--with a little help from their friends. And, of course, romance is never out of the question ;) 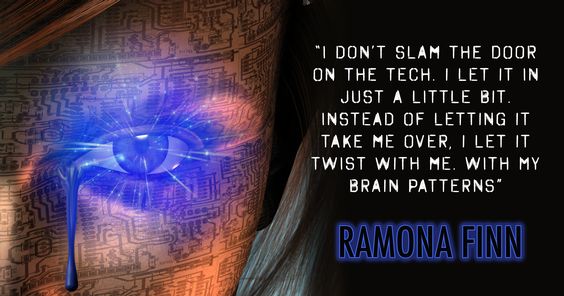 Well, that's a new job description to put on your passport: Datapoint!

I enjoyed reading the excerpt! This book sounds like a very interesting and intriguing read! Looking forward to checking it out!

Thanks so much for featuring my book!