an collapsing empire - Hypatia of Alexandria (Legendary Women of World History #8) by Laurel A. Rockefeller

"A brief but very intense account of the life of a female philosopher and her lasting impact on education, changing beliefs and events of her day. Suitable for upper middle school age readers and older, this interesting introduction to Hypatia will cause the reader to desire to know more." - Laura, Amazon 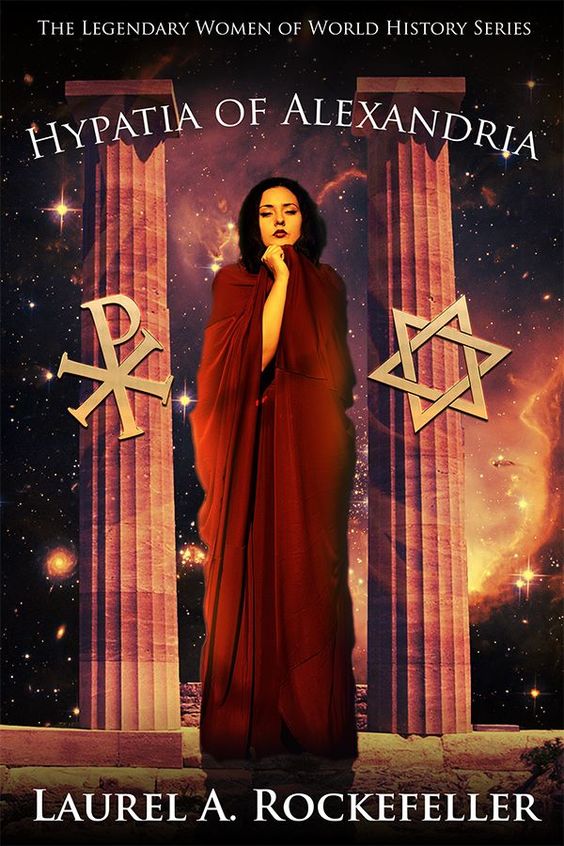 Born in 355 CE. In the aftermath of Constantine's reign Hypatia of Alexandria lived in a collapsing Rome Empire, a world where obedience to religious authorities trumped science, where reason and logic threatened the new world order. It was a world on the edge of the Dark Ages. As libraries burned, she dared defend the light of knowledge.

GUEST POST
Cause for Murder: Hypatia Defends the Jews

15th of March, 415 CE. In front of the Caesareum the greatest philosopher, astronomer, and teacher of the late Roman Empire is skinned alive and torn to pieces in a scene of gruesome murder. All of this is done on behalf of the new Patriarch of Alexandria, a man named Cyril, nephew of the great Patriarch Theophilus of Alexandria. Cyril had every motive for murder. Not only was Hypatia beautiful enough to tempt any man into sin (even at the age of sixty), but she dared the unthinkable for a woman:  she was political!

Cyril wanted absolute power.  It wasn’t enough that he was the most powerful man in what was becoming Eastern Orthodox Christianity. He needed secular power too! But the government was still Roman and a largely secular authority at that, despite Constantine making Christianity the official state religion just decades before.  Certainly, the government played no favourites among Alexandria’s three main factions:  Greeks, Jews, and Christians. But it did favour the wealthy and the intellectual elite which was heavily Greek and Jewish. Among the Greeks, none were more influential than Hypatia and her late father, Theon of Alexandria. 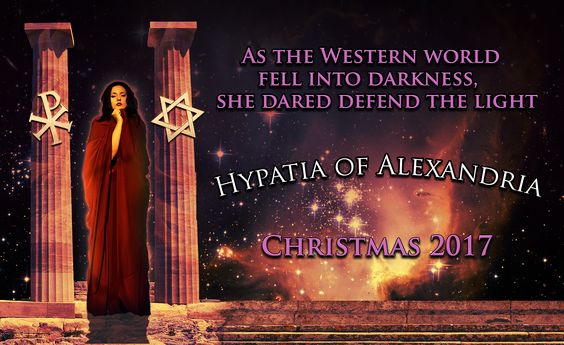 Hypatia’s place in Alexandria’s intellectual life made her natural allies to Jewish intellectuals, including the local rabbinate whom Cyril hated and rivalled against. Hypatia held no intellectual prejudices; she would learn from and teach anyone regardless of class, religion, or nationality. No book was forbidden to her nor unworthy of study, a lesson she mastered as she helped her father fulfil his duties as head librarian of Alexandria. Could it be any wonder she was the darling of those with a passion for learning?

To Cyril, such unfettered consumption of books was perilous. In his letter to the Colossians Saint Paul wrote, “See to it that no one takes you captive through hollow and deceptive philosophy, which depends on human tradition and the elemental spiritual forces of this world rather than on Christ. For in Christ all the fullness of the Deity lives in bodily form, and in Christ you have been brought to fullness. He is the head over every power and authority.” Cyril believed this passionately. Like his uncle before him, that verse guided his belief that not only was Christianity the only one true religion, but that everyone must either convert to Christianity or be killed. And not just any Christianity either.  Every Christian must adopt a very specific form of Christian orthodoxy or else be treated the same as Jews and Pagans.

In this orthodoxy, education of females was unconscionable, even if the Roman government did find educating Roman citizen girls important to maintaining an orderly society. Females were to be silent and obedient and defer in all things to men. On this Cyril felt the epistles of St. Paul were quite clear.

Hypatia therefore represented everything that Cyril hated and found intolerable. An educated woman. A philosopher. A scientist. A pagan. A friend to Jews. She read forbidden books and taught forbidden things. She was political and not just political, she was so respected by the Roman authorities that what she advised was usually done.  In every way Hypatia stood in the way of Cyril’s ambition. She was a threat to Christian life and had to die.

About the author:
Born, raised, and educated in Lincoln, Nebraska USA Laurel A. Rockefeller is author of over twenty books published and self-published since August, 2012 and in languages ranging from Welsh to Spanish to Chinese and everything in between. A dedicated scholar and biographical historian, Ms. Rockefeller is passionate about education and improving history literacy worldwide.

With her lyrical writing style, Laurel's books are as beautiful to read as they are informative.

In her spare time, Laurel enjoys spending time with her cockatiels, attending living history activities, travelling to historic places in both the United States and United Kingdom, and watching classic motion pictures and classic television series.