WOMEN SHOULD BE...
CHERISHED 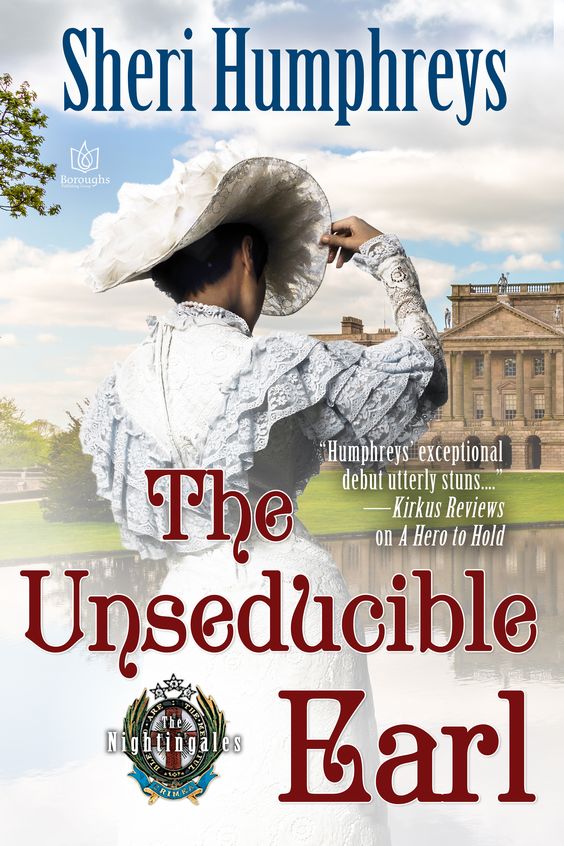 When an earl, who’s given up on love and has settled on an engagement to a darling of society, falls for a Crimean War nurse, he must either forsake his love or embroil them all in scandal.

WOMEN SHOULD BE...
The end of the Crimean War brings Victoria Thorne home to face a society that frowns on women with brains, education and experience, especially one who could be a physician. Though she proves herself a skilled nurse, Victoria finds she is no where near as revered as her namesake. And worse, she is falling for her patient’s betrothed brother, the Earl of Cheriton.

CHERISHED
Buckling to the pressure of his position, Robb Merrick, Earl of Cheriton, becomes engaged to a darling of society. Yet, to his great consternation, he finds himself captivated by his brother’s nurse. She makes Robb feel alive, instead of choked by his title and position. He craves the freedom to pledge his love and loyalty, but ending his betrothal means entangling them all in a horrendous scandal. He is an honorable gentleman; Robb can’t break his vow. Yet if he doesn’t, all hope of happiness is lost.

For a moment, she froze in the doorway. The earl stood at the sideboard dishing up his breakfast. He couldn’t have had any more than a few hours sleep, but he looked as though he felt much more rested than she did.

The country gentleman’s garb he wore this morning suited him. With his mahogany hair combed and his jaw clean-shaven, he seemed younger. Was it possible his posture grew even straighter when she entered?

He greeted her and offered a plate. “You’ve plenty of time before you’ll need to leave for the train. I believe your trunk is being packed now?”

The way he spoke, he might have been assuring a guest he regarded fondly. She almost gave a rueful laugh, but accepted the china and turned to the sideboard, very aware of his tall frame beside her.

She forced her attention to the perfectly prepared selections of food. She wasn’t particularly hungry and took a small portion of egg. After adding a slice of fried bread and asking the footman for coffee, she settled at the table. “I saw Captain Merrick before coming down. There was no one packing when I left my room.”

His plate loaded with what appeared to be a bit of everything, Cheriton sat at the end of the table, in juxtaposition to her. He frowned. “You’ve seen Jamie this morning?”

“Yes, I have.” In unison they picked up their coffee and took long sips. Victoria held the warm bowl of the cup with her fingertips, enjoying the spreading warmth.

She’d probably never see Cheriton again, and she preferred to think of him as a devoted, if injudicious, brother. Failing that, remembering him as an attractive aristocrat would be acceptable. Unfortunately, his ardent defense of his brother had caused her to regard him as a man of determination and steadfastness.

She’d acceded to his demand that she leave, digested her outrage and sorrow, and then been left with an estimation of him that she didn’t understand or want. For some unexplained reason, and despite their discord yesterday, he affected her in ways other men did not.

He made all her senses heighten. Her heart and lungs worked harder, her skin heated, and her body yearned to draw close. He radiated confidence and strength and something intangible that unsettled her and made her aware of his masculine and her feminine differences. His face might be too intense for some, but she found it compelling.

About the author:
Sheri Humphreys used to be an Emergency Room nurse, but today applies bandages, splints, and slings to the characters of her Victorian romance novels. She loves to ignore yardwork and housework and read—usually a book every one to three days. Having conjured stories in her mind her entire life, she wondered if she were normal. Then she began putting stories to paper and became a two-time Golden Heart® finalist. She lives with a Jack Russell mix rescue, Lucy, in a small town on the central California coast.

A Hero to Hold received a prized Kirkus Star and was named to Kirkus Reviews' Best Books of 2016.

Thanks for helping pass the word about my new release. It's romance, medical drama, and Victorian England, all rolled together.

I'm giving away a copy of A Hero to Hold, which Kirkus Reviews named a Best Book of 2016. Hope one of your visitors wins the raffle. :)