"This is a delightful story about music. It is well written and explains everything that is brought to your attention relating to music. I loved following Detective Reed as he had the adventures around Sound City. But I loved the reason why Presto flew away in the first place." - JBronder, Amazon 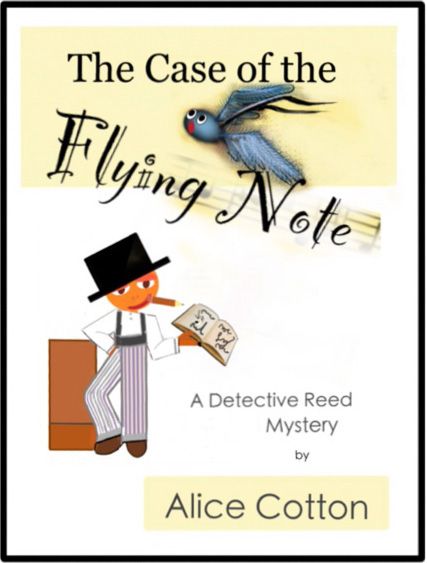 Come dive into The Case of the Flying Note and read Alice Cotton’s imaginative musical tale where Detective Reed has to track down Presto, a newly written note who has flown out of his music. Detective Reed is hot on Presto’s trail as the flying note enters Sound City, the land where all music symbols live. Newly written notes sometimes do this and because they have wings, it is difficult to keep up with them. But Detective Reed, a highly trained half note, knows what to do.

The detective follows Presto into clouds of lost music notes far up in the sky where thunderclouds are booming. These lost notes are floating all around Reed when suddenly Presto plunges straight down towards the ground and into a strange green forest populated by hoards of musical rests. Of course, Detective Reed is close behind him but never catches up with Presto. Why doesn’t Reed just grab him? Where is Presto going?

Detective Reed watches as Presto dives into the large petals of a singing pink flower and discovers an underground music academy within the flower’s roots. Reed makes his way into one of the school’s classrooms and almost gets hit by the shooting arrows of C sharps and then in another room, he witnesses a rare gathering of violins. Whatever are they doing? Finally, the flying note reveals the reason he flew out of his music. This inspires Detective Reed to use a most unusual, inventive strategy to help Presto solve his musical problem.

Who knew music symbols could be so interesting and fun? Readers learn music concepts as they zoom along with the detective. AND Detective Reed’s adventures continue with Reed’s next story, The Secret at Willow Wail, and again, in the upcoming Adventures on a Blue Moon. Each story addresses a different musical concept as readers fill their minds with the fanciful characters that live in Sound City.

GUEST POST
Music Class
The place where children can grow into thoughtful human beings, learn to work with others and have hilarious fun along the way.

Music teacher, Alice Cotton, author of The Case of the Flying Note, discovered that many of her youngest students just want to “put a band” together and imitate their favorite musicians. Others want to play an instrument in the orchestra or they long to play and write songs with their best friend.

“So, the first order of business, “ says Cotton, “is to learn how rhythms and notes work, to read and write them, and to attach meaning to what they are. Then, it is essential that students learn to really listen to one another and to create a vibrant musical language together.” 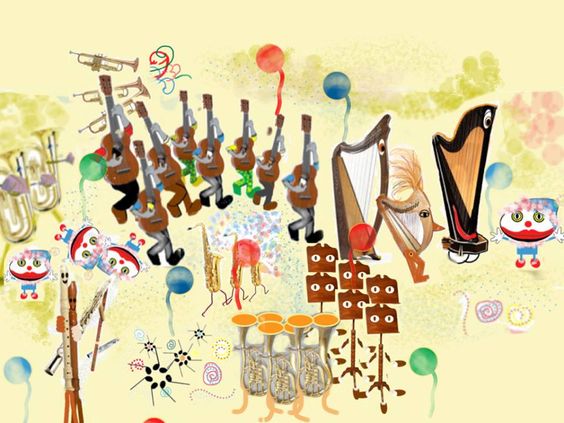 “Then there is the task,” says Cotton, “of communicating one’s ideas. How does one reject another’s idea in a kindly manner and in the end how will it all come together?”

There are so many places to travel within a musical endeavor. Students can decide what these places are and how to phrase and construct them. There are crescendos and diminuendos, light hearted and sad or angry expressions. Since it is the story and the feelings that are most worth sharing, how do you do this? These are the kinds of questions and issues, music students are faced with in a class such as this.

Another important skill students must learn in music class is how to support one another musically, particularly leading up to and during a performance. And when it is time for someone to do a “solo” where he or she plays alone with the support of the musical group around them, what is the best way to do this? As the soloist, what do you wish to say musically? And then, after the solo, how do you rejoin the musical group as an equal member and how does each musician accept the soloist back into the group?

As rhythms and notes flow onto and off of the page of music and as musical repertoires develop, the intent is to train the ear, eye and hand to stay focused, on task and within the vision of the composer’s intentions.

These skills are especially useful in today’s world as they encourage cooperation, communication and what are the best ways to help yourself and others achieve their very best.

With music education waning in schools, Alice hopes that music classes and books such as hers will entice young learners to include music in their lives. It is interesting to note that music classes include the study of mathematics, art, self expression, composition, reading and how satisfying it can to be part of a creative effort. In addition, music classes help students see what it is like to work through and how to negotiate conflicts and disagreements.

The fact that the brains of our children come alive with these kinds of quality musical experiences, students may wish to go further. He or she might want to become a fluent instrumentalist, a songwriter, an arranger, a composer, or a performer with a band or orchestra and even if they do nothing else musically, these kinds of experiences set the stage for a creative life working successfully with other human beings.

Alice’s final words:
“Music, should never be an afterthought in our children’s education. It is every bit as important as learning to solve mathematical problems and to read and write fluently in any language. It helps to create the thoughtful human beings that we need and are to become in the world.”

Alice’s class descriptions can be viewed in her “Bio” section at alicecotton.com. Add your name to her blog list to receive information on upcoming events and classes.

About the author:
In the beginning, in Cleveland, Ohio, ten year old Alice Cotton had her head stuck under the piano lid of her father’s baby grand piano, plucking the strings and listening to all the resonating sounds they made. For hours! Then, later, as a teen, after playing clarinet in a school marching band, she started performing and writing songs with her new guitar. Unbeknownst to her she was also in the process of meeting her future music partners who would be accompanying her in creating successful music acts around the U.S.

Alice moved to New Orleans, where she collaborated with childhood friend, Cora McCann (Writer & editor, Content Marketing, Cleveland Clinic). They wrote songs and performed them as a duo acoustic guitar act called Sunstorm. They performed in some of the most popular tourist clubs in the New Orlean’s French Quarter.

Then, in Oregon, Alice co-led one of the top performing night club bands that she shared with another childhood friend, Lisa Coffey, (harpist/instructor). Of course, their music was quite original with the sound of harp strings next to the guitar, bass and drums. Their band, Night Music, worked hard to become one of the top working bands in the American northwest. Alice completed their sound by playing electric guitar as a rhythm and lead player.

Later, she worked with a variety of other ensembles that played on weekends for dances and private clubs. Alice became one of the only female lead guitarists in Oregon.

Along with performing, Alice also taught math, music and art to young students in various public and private schools, always encouraging her students to pursue their studies in fun, creative ways.

Alice Cotton’s goal now is to tantalize young people (as she was at age 10) into pursuing a life of music and art. Hence she writes books such as The Case of the Flying Note for all kids, young and old but particularly geared toward 8 - 11 year olds. 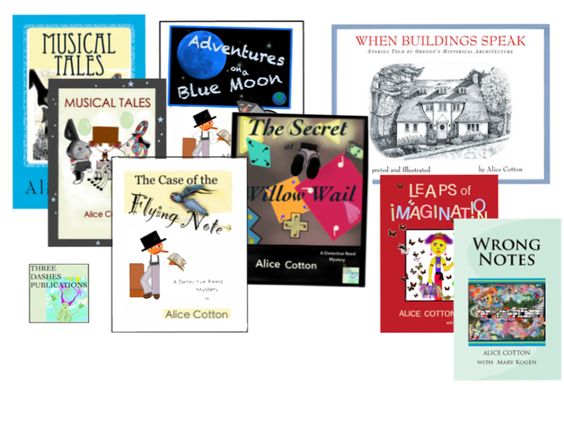