Read them ALL TOGETHER! Seriously!
Lockdown.
Forgotten
Extinct 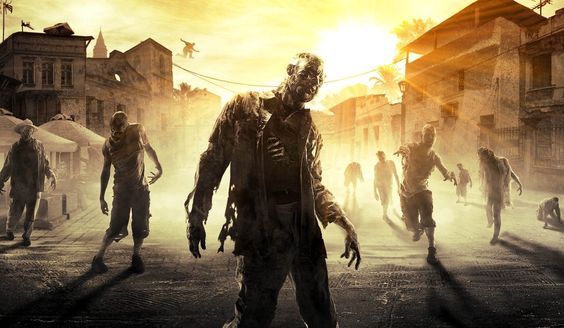 Brraaaaaaiiiiins! No, no... Wait! It was just a joke!

In fact, in the series that I’m going to talk today, there is no place for a whimsical approach. Anyway, this thing about zombies that eat brains is bullshit. Apart from a few movies and the new TV series iZombie (where eating brains have a reason), which actually have more or less comic accents, in all the other movies, books and whatever you want, the zombies are interested in any little piece of meat and not just in brains. Enough with this jabber!

However, at one point, with this Brains expression I wanted to start the review, but after reading the whole series I thought it would sound too lame and crappy. If I were to choose now a key word, not that this would be mandatory, but just like a little artistic trick, it would be Sucker Punch. Oh yeah, this is the appropriate one! And for this reason, I would like to start with a little recommendation, even if I know that neither the author nor those who promote these books can do much about this issue, but who knows? In my opinion, at least in electronic format, the books should be available as a bundle or omnibus. 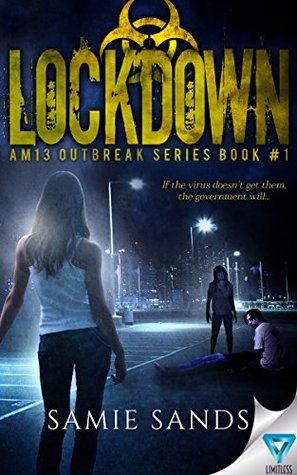 Why? Well, let me explain why. The three books are too much connected, that is, what happens in the first volume will find its completion in the third. In my opinion, I think they were originally designed as a whole. Why they came up separately is not my problem or in my power to do anything about it, but to give an advice. Maybe you wonder why I fuss about it. Because anyone who entered on a book site and found out a new series, by principle will not buy the whole series without trying the first volume first. And that would be the problem with this series, at least in my opinion. Now, let me explain a bit more thoroughly. Chill, it's gonna be without spoilers. I'll beat around the bush with grace... as usual. NO SPOILERS in my reviews!

So... the first book: Lockdown.
You know that, usually, in the US zombie movies or books the hero, most of the times, is a macho dude with or without a hairy chest, an ex Marines, a SEAL, a Black Ops operator or whatever you want or, if it's a woman, she will be a badass girl with which you don’t wanna mess up with unless you wanna be rough up badly and the guns are blazing around all the time. The British, on the other hand, are the opposite. They have the habit of choosing as main characters ordinary people without any prior combat training. Ah... about fire arms, you better not even think about it. Usually, they can hardly find a hammer or a pipe and if by what fortunate event they find an ax… oh boy… they start to behave as if they have found Excalibur! 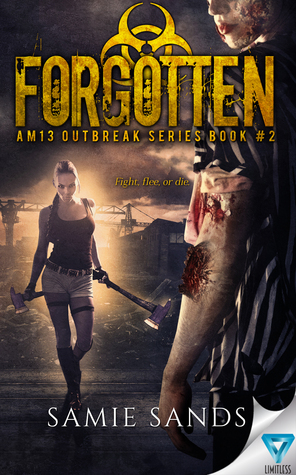 Let's get back... a good part of the book I wondered if to continue or give up reading. The main character was so labile, so introspective that I was baffled. If Lockdown was a nineteenth-century novel, it would be called Tribulations of a Giddy Young Woman Braving the New World. She drove me nuts with her throes: why did I do that, but I didn’t, I should have to do it or should not, it was because of me or it wasn’t. I was about to shout “Enough! Stop it, goddammit!” But... but... suddenly everything changes. Everything gets other valences and... near to the end here comes the gut punch. What a twist! A very cool one! I thought the author would go down that road and continue the story from that angle. I'm not telling you which, only that this approach has not been used much in the zombie stories. Too few are written from this perspective.

Number 2: Forgotten
The author changes the characters. OK, ok, it doesn’t matter. Let's get it on with the new ones. At first, I was a little disappointed, but I recovered quickly. Because the second volume is more focused, more careful with the development of the story and of the characters. Sure, we don’t get rid of introspection, but here this process is very well folded up on the characters. You'll have some more action, but as I've mentioned above we’re in the UK. There are not really Hollywood-type action scenes. But it doesn’t matter anymore. The story will follow its course and will accrue tension precisely through the changes and torments to which the main characters are subjected. And ... when you less expect ... it will come the second punch. The new twist will take you out of the rhythm. I know some of you like the story to continue sometimes more linearly and you become attached to some characters. But life isn't fair, isn’t it? So, buckle up! 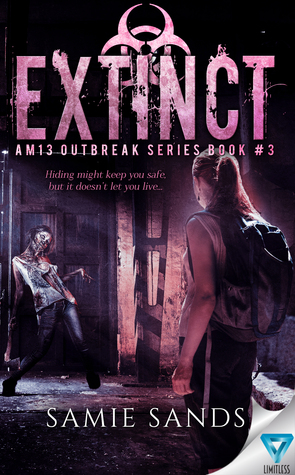 The third one: Extinct
We don't even have to fuss with it. The end is written right in the title. And yet... something will not fall as you would expect. In this volume, everything will become grimmer, more complicated, in other words: shit will hit the fan really bad. As I was saying at the beginning, all the events from the first volume and the second one will find their perfect completion in the third. Oh, I have almost forgotten: the third twist! The last one, but also the most terrible. Obviously, it was supposed to be paramount of the story. And that is why I believe that these books must be regarded as a whole and not as standalone volumes. Okay, you can do what you want and read any of them, but...

Though I don’t like this expression, I could say that all in all, the story is worth reading! Go over all of the impediments I told you about and you'll see that you will like it in the end. It's not The Walking Dead, but it doesn’t have to be. The series has its own charm and this is all that matters. And to be naughty till the end, although it is not a great revelation, I ask you: what HEA is possible when the Extinct will come?! Again, buckle up!

Now, in the end, I would like to remind to those of you who have found out or tell to those that don’t know that the one who created the pattern of the zombie we are used to now has passed away this summer. Without George Romero (1940-2017) and his Night of the Living Dead (1968), not so many books would have been written, nor would they have made so many movies. He is the one who modified the ghoul from the Haitian voodoo stories in the ravenous human flesh eater of the zombie apocalypse.

R.I.P., man... zombie fans from all around the world will never forget you!

About the author:
Samie Sands is a 28 year old freelance graphic designer who has recently decided to follow her lifelong dream and use her creativity in a new way by writing.

She has a degree in Media Studies and PR and has already had articles published in a number of e-zines, including one of the most popular pieces at Zombie Guide Magazine. She has also had short stories included in a number of successful projects.

She lives in a small seaside town in the UK, but loves to travel to gain inspiration from new places and different cultures.

Thank you so much for featuring and reviewing the AM13 Outbreak series, I really appreciate it! Samie x