“Leslie Wolfe has the talent that is comparable to the likes of a Tom Clancy or a Michael Crichton, or even James Patterson.” - Dennis Waller
"Verdict: A phenomenal novel that will keep you on the edge of your seat. I highly recommend it!" -- KWNY Publicity 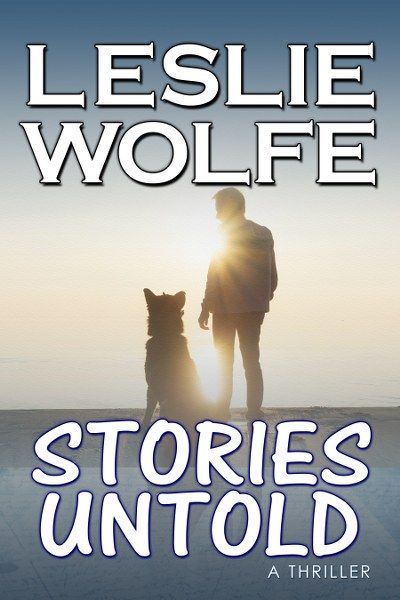 Can a psychologist, still grieving the loss of her husband, save a traumatized war veteran who is planning his own death? Stories Untold explores the devastation of loss, the struggle to find meaning in life, and the enduring power of love that transcends boundaries between past and future.

They’re both strong and fearless, determined, relentless.
He’s a decorated war veteran and he wants to die.
She’s a prominent psychologist and she won’t give up on him.

When a suicidal client seeks her help, Dr. Angela Blackwell cannot turn him away, despite the fact that he isn’t seeking the kind of help she normally provides her clients. The man, who won’t fully identify himself, wants the distinguished psychologist to stand witness after his planned death in six months’ time, ensuring his wife will not be charged as an accessory or be hindered from collecting the death benefit he carefully provisioned for her. He calls himself DJ and won’t willingly share anything about his past.

As Dr. Blackwell is struggling to reconstruct her own life after the loss of her husband, she recognizes his unusual request as a subconscious cry for help and embarks on a relentless effort to guide the reluctant stranger in uncovering the trauma that has permanently altered the course of his existence. Playing a deck of cards stacked high against her and rushing against time, she has no other option but to intervene, pushing the ethical boundaries of the doctor-client relationship and refusing to give up.

An astonishing, vibrant story of human strength and frailty, of love lost and love found, the Stories Untold saga will captivate as few stories ever do, with unexpected twists and turns, leaving a lasting memory ingrained into the essence of the reader’s being.

About the author:
Bestselling author Leslie Wolfe is passionate about writing fiction, despite spending a significant number of years climbing the corporate ladder. Leaving the coveted world of boardrooms for the blissful peace of the Florida-based "Wolves’ den," Leslie answers one true calling: writing.

Leslie’s novels break the mold of traditional thrillers. Fascinated by technology and psychology, Leslie brings extensive background and research in these fields that empower and add texture to a signature, multi-dimensional, engaging writing style.

Leslie released the first novel, Executive, in October 2011. It was very well received, including inquiries from Hollywood. Since then, Leslie published numerous novels and enjoyed growing success and recognition in the marketplace. Among Leslie’s most notable works, The Watson Girl (2017) was recognized for offering a unique insight into the mind of a serial killer and a rarely seen first person account of his actions, in a dramatic and intense procedural thriller.

A complete list of Leslie’s titles is available at WolfeNovelsTitles

Leslie enjoys engaging with readers every day and would love to hear from you.
Become an insider: gain early access to previews of Leslie’s new novels: 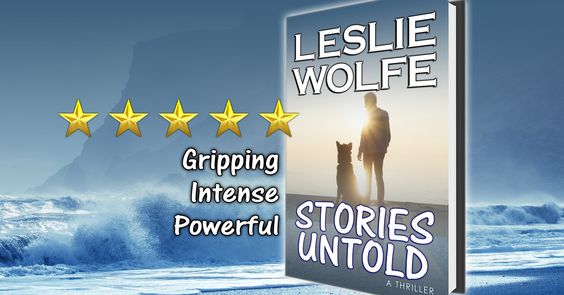 I was wondering what the author has planned on next?

I was wondering what inspired the author to write this book?

I was wondering what is the author's favorite author?

I was wondering if the author writes different genres or just focuses on the one.

I think this book sounds like a very interesting and intriguing read! Looking forward to checking it out!

I'm excited to find a new book, and new author. I love to read a thriller.