Nearly twenty years ago a teenage girl was murdered...
What makes a man a monster?
Valerie knew fairytales weren't true... 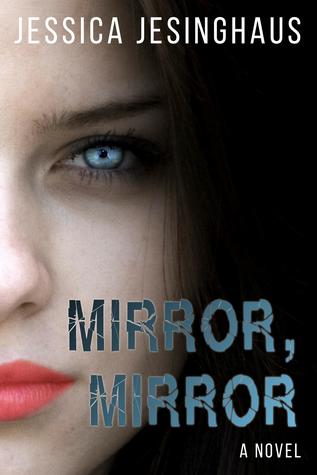 Nearly twenty years ago a teenage girl was murdered...

Samantha Williams was just a young girl when her cousin, Emily, was brutally raped and killed in her own home. As a child, Sam's family did their best to shelter her from the gruesome details. Now, working the crime beat for the Portland Tribune, Sam has the resources at her fingertips to investigate the case for herself.

Through the eyes of a killer...

After inheriting a family heirloom, an antique vanity table that once belonged to her murdered cousin, Sam begins seeing visions in the mirror's depths. Like watching an old home movie, she bears witness to Emily's murder. As if that weren't frightening enough, she starts to see other things too: fleeting glimpses of the killer himself! Are the things she sees just a figment of her imagination or could something otherworldly be trying to communicate with her? When the killer strikes again and leaves clues behind meant specifically for Sam it becomes a race against time to try to catch him. 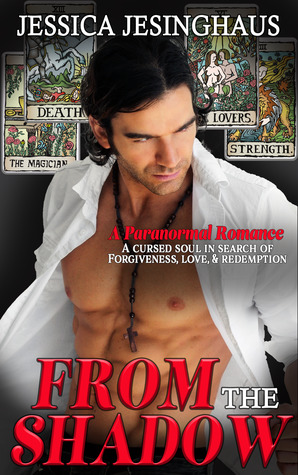 What makes a man a monster?

For too long Jacob has lived in isolation. Forsaken by God and cursed by a Shadow, he is doomed to an eternity of solitude with only the demons of his past for company. For nearly two hundred years, he has longed for that which he knows he can never have: forgiveness, love, and redemption.

A chance encounter could hold the key...

When Jacob meets Lynn, she shines a ray of hope across his bleak existence. But will she be strong enough to shoulder the truth of his past? Can she forgive the horrors he has wrought? Can she help him come to terms with his past and move with him into a brighter future?

Confronted by an ancient enemy, Lynn and Jacob travel halfway around the world. There, they face the daunting task of sifting through ancient history for clues to their tormentor's weaknesses and a way to loose his grip on their future.

What good can come From the Shadow? 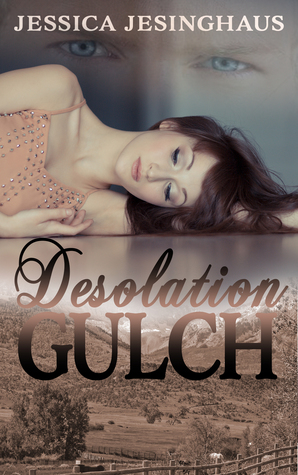 Valerie knew fairytales weren't true... at least not the happily-ever-after kind. In her world, nothing ever worked out so neatly. Her life was full of dark secrets and deep hurt. Until she met Fallon. Somehow he could read her hidden chapters and he knew exactly how to turn her life into a dream.

But Fallon isn't everything he seems; he has dark secrets of his own.

When Valerie finds herself in a dangerous situation and must flee, it's a daunting task. With nowhere to run and no way to guarantee Fallon won't follow, Valerie finds herself stranded in a small Central Oregon town at the mercy of a handsome stranger. He promises to help her, but can anyone save her from desolation?

What book do you think everyone should read?
“Mine!” says every author in the history of the world. But, in all seriousness, that’s an impossible question. There is no one-size-fits-everyone book. That’s what makes literature so important. There’s something out there for everyone. Keep reading and you’re guaranteed to find a book that speaks to your soul and gives you whatever it was you were needing in that moment.

Describe your writing style.
Is fly by the seat of my pants a style? I’m a rule follower, but when it comes to my writing I despise rules. Outlines? Blech! Hate them, never use them. When a story idea comes to me, it’s usually like a skeleton. The bones are there (don’t you dare call it an outline!) and I know the general shape of the story. I like to think of it as knowing the destination but not the route I’m going to take to get there. Characters are usually pretty well visualized before I write a single word. This is all done in my head. I don’t write any of it down. I just know it, in my soul. Then I start filling in the gaps. If I want my characters to end up at point Z, how am I going to get them there and what can I do that’ll be interesting in between? I write in a very linear fashion, from start to finish. I can’t skip around and patchwork chapters together later. What makes this even more of a challenge? I’m never working on just one book at a time. I typically have two (if not three or four) books I’m writing simultaneously. I’ll work on one until the going gets tough, then stop, switch to another project (reading and editing what I have written so far before resuming it) until that story stalls, then swap again. By the time I finish a book, it’s been read and edited by me at least a half-dozen times before I don my official editor hat and have a go. Chaos? Maybe. But it works for me.

What do you do to unwind and relax?
Netflix & chill. You may laugh, but I live in Southern Oregon. We really have only two seasons: Rain (aka Winter) & Heat (some call it Summer). Winter is nothing but rain, grey skies, some sleet, and more rain for like 5 ½ months. Then you blink and a week of mild weather streaks passed and you’re into triple digit heat and fire seasons so chock full of smoke that you can’t buy a facemask to save your life (this year’s fire season was particularly bad so it may be coloring my view somewhat). Then, another flash few weeks of mild weather before the rain starts again. So indoor activities are groovy! All kidding aside, I really find my Zen during the fall. I know it’s not everyone’s cup of tea, but I am a hunter (deer, elk and turkey primarily) and I positively live for those October mornings in the cold air and the quiet forest. Check out this post on my blog to find out how I spent last Thanksgiving if you think I’m kidding.

What is something unique/quirky about you?
I don’t know if this is necessarily quirky, but I’m named after my dad. He really wanted a boy. When I came along, he already had 4 daughters and was convinced I was going to be his boy. I think he was planning to name me James Jesinghaus Jr… then I came out and his hopes were dashed. Since there’s really no way to turn Jim or James into a girl’s name, he went with Jessica. Before he married my mom he worked for the Lynwood CA police and there were already quite a few variants of Jim working there and folks took to calling him Jess. I became his namesake and his (tom)boy. When I published, I did so under my maiden name to honor my dad.

What are some of your pet peeves?
How long have you got? I’m what some folks would call a control freak. A “type A personality.” I do not deviate from the rules… for the most part. My writing style would probably be the only exception. Hey, a girl’s gotta cut loose somewhere! Truly, the top of my pet peeves list includes drinking & driving (hats off to all the DDs out there, I raise my glass of Sprite in your honor), disrespect toward elders, veterans and public servants, and those people who cannot keep their car confined to a single parking space.

About the author:
Born and raised in Southern Oregon, Jessica has been writing since she was ten years old. She attended Willamette University with the intention of going to law school and becoming a criminal prosecutor. But, as is the way with life, plans changed. Since 2002 she has worked in the medical field and absolutely loves the challenges and positive impact she can have on the lives of others. She loves the outdoors and considers herself blessed to call Oregon her home.

Following the birth of her second child, she committed herself to writing her first novel. Unfortunately for her, story ideas rarely present themselves one at a time and she often has two (if not three) manuscripts in progress at once. When she's not writing her own material, she enjoys reading a wide variety of books, many of them aloud to her husband and two children.

Author's Giveaway
a Rafflecopter giveaway
Posted by CCAM at 2:00 PM

These books sound amazing, especially Mirror, Mirror. I definitely need to read it.

Theses books sound great and I think I would enjoy reading them. What's the author working on next?

What's the authors' writing process like? How long does it typically take you to finish your work?