18+ "The suspense killed me. And that is all I'm going to say. At the end, I didn't know up from down. Or right from left. I felt lost and found at the same time. And I was utterly shocked." - Lexxie, Goodreads 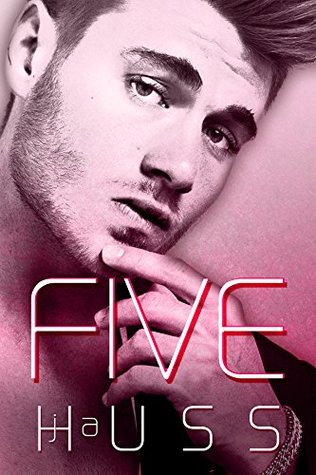 Five Aston has known Rory Shrike for as long as he can remember. He played with her in the sandbox. He went to every damn horse show just to be supportive. He helped her with her French, walked her home from school, and faked his test scores just to stay with her a little longer and not be sent off to college early.
But eventually he had to move on.
And so did she.
Never has a second chance meant so much to a boy who loves a girl.

A standalone book that is also a spin-off of the Rook & Ronin Series and prequel to the Mister Series. You can read it first, you can read it last. It doesn’t really matter because it’s f*cking Five.

"This book is action packed, steamy, swoon worthy, drama, sad, happy, secerts and twist n turns. I would definitely recommend reading the Mister's series first. You could get away with it but trust me its worth it. Five IS A MUST READ. " - Crystal, Goodreads

About the author:
JA Huss is the USA Today bestselling author of more than twenty romances. She likes stories about family, loyalty, and extraordinary characters who struggle with basic human emotions while dealing with bigger than life problems. JA loves writing heroes who make you swoon, heroines who makes you jealous, and the perfect Happily Ever After ending.

You can chat with her on Facebook (www.facebook.com/AuthorJAHuss), Twitter (@jahuss), and her blog, New Adult Addiction (www.jahuss.com).

If you’re interested in getting your hands on an advanced release copy of her upcoming books, sneak peek teasers, or information on her upcoming personal appearances, you can join her newsletter list  and get those details delivered right to your inbox.