a cure for addiction - The Rememdium Series by Ashley Fontainne

"I never saw Tainted Cure going in this direction, fanfrickintastic. I love it and I will not tell you much, because I refuse to spoil it for you.They don’t care who is good or bad, they just take whoever is unlucky enough to get in the way.
The twists and turns, the suspense, thrills and terror of what would come on the next page kept me reading at a rapid pace." - Sherry, Goodreads 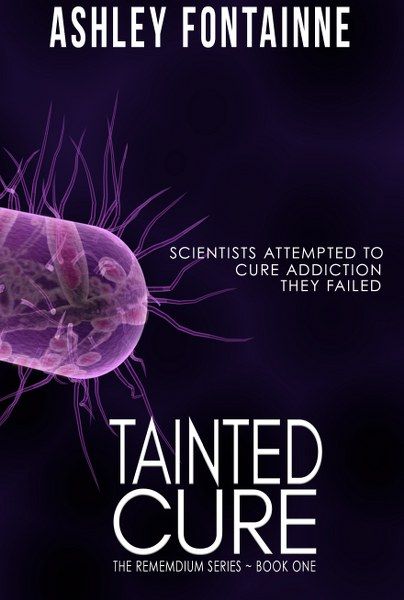 Scientists attempted to find a cure for addiction. They failed.

Dr. Everett Berning, a leading researcher into the causes of addiction in the brain, spent ten years of his life dedicated to one thing: finding the cure. Recruited after a strange encounter with the enigmatic Dr. Roberta Flint, Director of Research on Code Name: Rememdium, Dr. Berning is sent to work in a secret lab as part of the research team.

When the moment the scientists waited on for years arrives, Dr. Flint and her team are ecstatic.

Unfortunately, not everyone in the world feels the same way.

Benito San Nicholas isn't ready to give up his lucrative business. When the news of a cure arrives on his doorstep from a crooked informant, Benito enlists the help of other drug lords from around the world to stop the cure from hitting the streets and destroying their livelihoods.

What happens next ends up uniting the globe--just not the way society ever intended or hoped.

“Tainted Cure is a huge success on different levels. First, the story is original, well thought-out, and brilliantly accomplished. It’s not unusual to read books with dangerous products falling into the wrong hands, but what happens when a good product falls into the wrong hands? The characters are lovely and engaging, and readers will feel inclined to connect with Dr. Everett Berning and the enigmatic Roberta Flint. Benito is the epitome of evil, a greedy character that readers will hate. Third, the pace is fast and there are so many surprises and twists to keep readers turning the pages. Ashley Fontainne has crafted an intriguing story that starts with a bang and ends on a very high note. You can’t help but fall for this author’s beautiful prose, her complex characters, and the oh-so-entertaining read.” - Romuald Dzemo for Readers’ Favorite 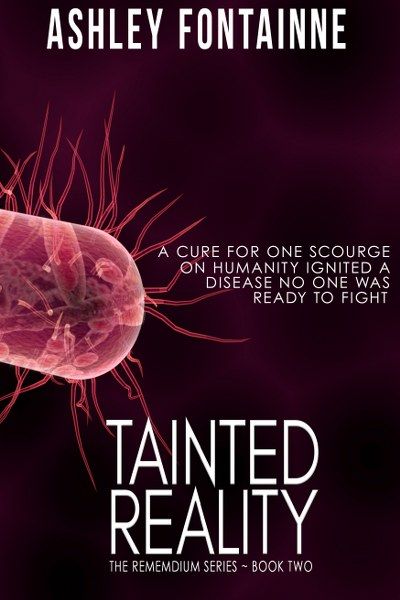 DR. EVERETT BERNING achieved his life’s work by discovering a cure for drug addiction. Unfortunately, the formula was stolen and fell into the hands of the enemy.

DRUG LORDS from around the world unknowingly released the altered, deadly formula into their supply, affecting millions across the globe.

WITHIN FORTY-EIGHT HOURS, the entire planet is thrown into chaos as the disease spreads.

REGINA PARKER, Chief of Police of the tiny town of Rockport, Arkansas, isn’t willing to let the military kill thousands of innocent people in a rush to contain the outbreak. She leads a small contingent of survivors on a dangerous quest to keep her town safe from the soldiers and the dead.

WILL DR. BERNING be able to isolate the contagion and find a way to reverse it, or is it too late to save humanity from the tainted cure? How far will Chief Parker go to save the lives of others as the world collapses around them? 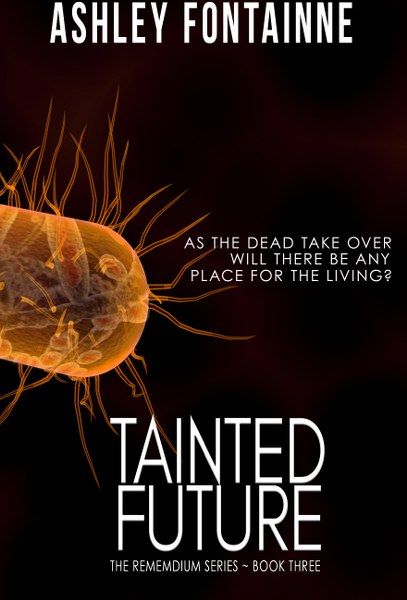 Everything they know is gone. The old world obliterated in less than forty-eight hours. They soon discover they aren’t alone, and other dangers besides the undead lurk in the forests. The new law of the land: kill or be killed

Dr. Everett Berning and his team seek refuge in the underground lab in the Ozark Mountains. The first week after the collapse of civilization, those who made it out alive struggle against the odds to survive.

Only a handful escaped the devastation in their hometown of Malvern, Arkansas, and they grapple with the new reality. Tired, frightened, and mourning the loss of loved ones, they attempt to regroup and cope with the life-altering changes.

When one suffers a debilitating injury, they are thrust into a tenuous relationship with Dr. Berning’s group. Other survivors battle the odds as they flee treacherous cities destroyed by the government and crawling with reanimated corpses.

Unfortunately, they all are about to discover the roaming dead aren’t the only threat they face. As the world plummets into darkness, things will never be the same. Ever.

About the author:
Award-winning and International bestselling author Ashley Fontainne enjoys stories that immerse the reader deep into the human psyche and the monsters lurking within each of us. She writes in numerous genres including mystery, suspense, horror, sci-fi and sometimes poetry.

Ashley lives in Arkansas with her husband and is the proud mother of one son and three daughters.

These books are on my must read list. I am thoroughly captivated.

For some reason, I looked at the 'Tainted Future' cover and read Tainted furniture. Future makes a lot more sense!