For her manipulating time is second nature - Heart of Time (Ruined Hearts, #1) by Skye MacKinnon

"I cannot recommend this book highly enough, it is so different from anything else I have written and I need more!! Do yourself a solid and read this amazing magical book, in my opinion it is totally awesome and I would give it way more than 5 stars if I could." - Sarah, Goodreads 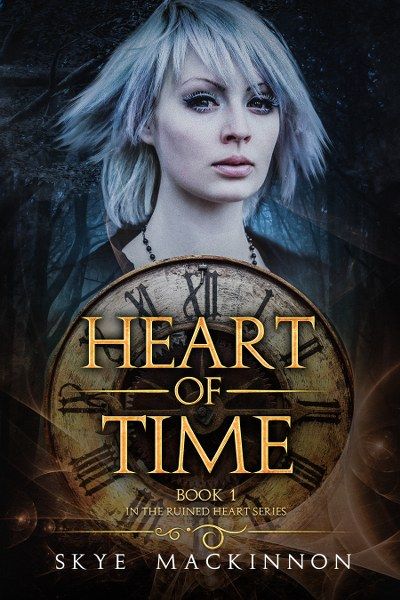 For Eona, manipulating time is second nature. It gives her an edge in her dramatic circus performances, but it also separates her from the other artists in her troupe. She has always known that her unique kind of magic could make her a target, but she couldn’t have prepared for being kidnapped, manipulated and imprisoned by a megalomaniac sorcerer.

In order to figure out what he wants from her, she needs to explore her own magic, the bond she feels with a mythical creature, and the feelings she has for a certain beautiful elven woman.

There are about twenty illustrations in the book, drawn by artists from all over the world.

“A peryton! Of all the magical beasts there are, this is the most elusive, the most mythical of them all! I didn’t think they existed! There are a few legends and tales, conflicting and inconsistent, yet they tell of a beast combining the physical features of a stag and a bird. Never did I think that this bird might be an elvedritsch!” 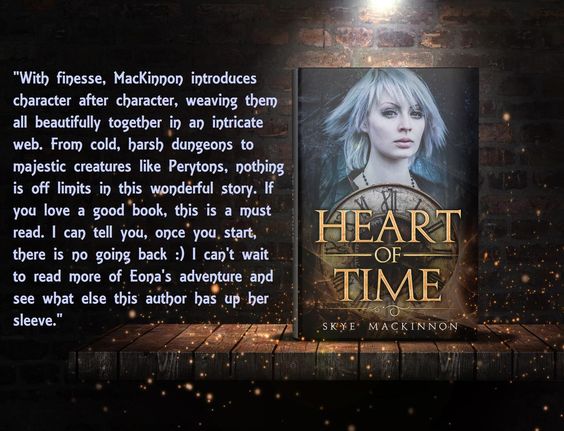 Lassadar’s voice was full of awe and wonder. Inside, I agreed with him. The little thing was astonishing.

At the sound of Lassadar’s voice, he opened his big eyes and looked up at us. First, he turned his head to the man opposite of me, then he shook his head slightly and turned to me. The huge brown eyes looked straight at me. I stared back. I saw an intelligence waiting behind those watery pupils. This peryton was not simply a beast like any other. It was more than that, though I could not say what brought me to that conclusion.

His look was firm and steady, and when I cautiously smiled at him, he inclined his head.

About the author:
Skye MacKinnon is a bestselling author who tells stories about science for a living - but at night she writes fiction, mainly fantasy. When she's not writing, she's out and about with her camera, or spends time with mythical creatures and the odd vampire living in her kindle. Usually, there's tea and cake involved.

She lives in Scotland with her two overly spoilt house rabbits and a few hundred self-obsessed characters constantly asking her to tell their stories. One day she will. Promise.

Author's Giveaway
a Rafflecopter giveaway
Posted by CCAM at 1:00 PM

This book sounds super awesome. If I could manipulate time, I'd try and save lives.

I like the sound of the book even if she does seem a little...manipulative. If I could manipulate time I would make myself rich because time is money, baby!