"The characters in this book were exceptional. The author gives us just enough of each to imagine who they are.There is a lot of action, mystery and pain in this book. He takes us to a scenario but makes us feel better when stuff happens and we're cringing at the danger. It ends well, though.
I really enjoyed this book and I look forward to the next." - Jeanette, Goodreads 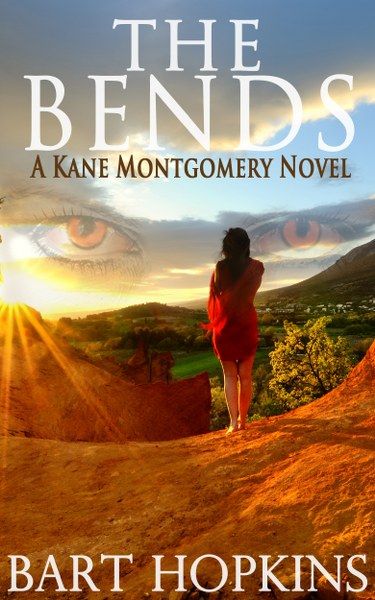 Marathon is a quiet little Texas town, and it’s getting quieter. Kids are vanishing, disappearing like tumbleweeds in the desert wind.
Somebody—or something—is taking them.

Random things can be the magical catalyst for a new story.

In 2013, I was tinkering with a trio of horror stories that would become Dead Ends. I found myself thinking, yet again, about the power of a really good bad guy. By bad guy, I mean either a man or woman, girl or boy, the gender doesn’t matter … just as long as they are bad. Really bad. In some kind of special way. Otherwise, your story becomes lopsided in favor of the protagonist, right?

I paused in my writing and imagined different bad guys. The cheater, the thief, the psychopath. The woman who would hurt her own children. What makes someone despicable, so bad you want to hate them, and yet intriguing enough to make you read more?

I grew up reading Stephen King, so to say he was an inspiration in my life would be a colossal understatement. By the time I was six or seven years old, I was devouring King novels, being exposed to so many amazing villains, like Jack Torrance, Annie Wilkes, and Kurt Barlow.

We were living in Germany in 2013, and there was an American radio station playing eighties tunes that day. I love eighties music, and like Georgie with Pennywise the clown, I was pulled right in.

So, I was thinking about bad guys, and bobbing my head to the likes of Depeche Mode, and I began to have this outline of a really nasty character in my mind. An oversized man. Huge. Probably 6’5” or more. Wearing overalls. Hairy everywhere. Firing slimy wads of chewing tobacco off to his side every few minutes.

I started to be able to see this guy. I also thought that maybe I smelled him. Body odor. Days might go between showers, and this guy did not give a shit. Not a care in the world what anyone else thinks.
Bird. It struck me that people just called him Bird, and that later on in the story, I would learn why they called him that. There’s always a story for things like that.

It was like magic happened. Bird revealed himself as a bit of a creeper to me. I could see this lady driving into the gas station where Bird worked, and getting out of her car in her red dress, just as beautiful as the sunset, and there is Bird, ogling her as beads of sweat fall from his brow. Maybe something bad happens then.

I put aside what I was working on that day, and I kicked out a chapter about Bird meeting a lady in a red dress. The heat in southern Texas is enough to make some people go crazy, like maybe it cooks the brains right inside the old skull.

The Bends was born that day. Not completely, but that was the spark of life. Bird came into existence, but as sometimes happens, he was put aside for a few years.
Bird would love to meet you...
- Bart
TOUR SCHEDULE
.99 cents 09/26-10/02
Goodreads * Amazon

About the author:
Bart Hopkins is originally from Galveston, Texas, but has lived all over the world during his 22 years in the Air Force.

He was born in the middle of the 1970s, owned an Atari, and loves 80s music. He can use a card catalog like nobody's business.

Now, Bart likes to travel, enjoys pretending he's a photographer, and shares as much time as possible with his beautiful wife and three awesome children. They own a Westie Yorkie named Lulu ... or maybe Lulu owns them.

Subscribe to Bart's newsletter for updates on new releases and giveaways. For a limited time, you can download a copy of DEAD ENDS free when you subscribe!

Website ** Goodreads ** Facebook ** Twitter ** Pinterest ** Newsletter
Author's Giveaway
$25 Amazon gift card, a print copy of my book LIKE an ebook box set of all my books and short stories that I just put together
a Rafflecopter giveaway
Posted by CCAM at 3:00 PM

Yes! My kind of book!

I was wondering what the author's next writing project is about?

I was wondering what inspires this author? Where do you ideas come from?

I would really like to ask the author how one develops their characters for in their book.

I was wondering if the author writes in different genres or focuses on one?

What inspired you to write this particular story and genre?

1. My next writing project is a follow-up, or book number two, in this series. It takes place in New Mexico...but some of the old cast will show up. I'm also working on some other stuff under a pen name.
2. My ideas come from random events in daily life. Seeing a service dog in use at Macy's, or swimming at the beach ... ideas come from anywhere and everywhere.
3. Sometimes I envision a character before the plot of a book. In THE BENDS ... Bird was around long before Kane. I tinkered with some Bird ideas before anything else, and that evolved into The Bends.
4. I write in several genres, just whatever strikes my fancy.
5. Bird inspired this particular story.

Thanks for the questions!
Bart