She is dying. Or was dying - Heart Murmurs (Society Literati #1) by Brynn Chapman

"Cellular memory can refer to: A variation of body memory, the hypothesis that memories can be stored in individual cells." 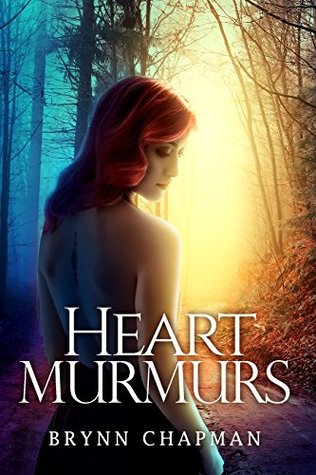 Mia Templeton is dying. Or was dying. After receiving a heart transplant, her world is forever altered. Before her eyes open, she overhears her donor was murdered. Whispers invade Mia's mind before she's even left the recovery room. She develops tastes for foods she once hated, and dreams so vivid, they feel like someone else's memories. Her personality is altered - once a quiet doormat, she's now inexplicably flippant, and confident. And her unexplained longing for the new boy at school is borderline obsessive.

Morgan Kelley is new. Adopted by his aunt, a descendant of Louisa May Alcott (Little Women), he's thrown into life at a new high school, and as a historical guide for his aunt's store - a homage to all things Alcott. Conspiracy theories abound about his mangled lower leg - but no one has been brave enough to ask. Till Mia.

Something is awry with the Underground Railroad tunnels beneath his aunt's home. Mia and Morgan enter the world of a secret Literary Society - and are drafted to help bring a rogue Literary giant to justice, solve the mystery of her heart donor, and the real fate of Beth from Little Women.

"Cellular memory can refer to: A variation of body memory, the hypothesis that memories can be stored in individual cells." 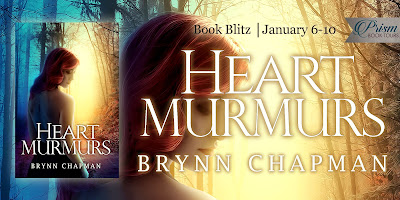 About the author:
Born and raised in western Pennsylvania, Brynn Chapman is the daughter of two teachers.
Her writing reflects her passions: science, history and love—not necessarily in that order. In real life, the geek gene runs strong in her family, as does the Asperger’s syndrome. Her writing reflects her experience as a pediatric therapist and her interactions with society’s downtrodden.
In fiction, she’s a strong believer in underdogs and happily-ever-afters. She also writes non-fiction and lectures on the subjects of autism and sensory integration and is a medical contributor to online journal The Age of Autism.

Cellular memory is something I've read about during the course of my studies and makes for a very interesting premise for this novel.

It's a beautiful cover :) I'd love to read this book; this is something I've always wondered about!

thank you all for stopping. I am in science by day, and I, too, was fascinated by cellular memory. Please drop me a line and let me know your thoughts after reading.
brynn