18+ "This is a wonderfully written, romantic suspenseful story, that will have you wondering what's going to happen next and who's behind the murders! Ms. Biggar’s awesome gift of telling a story will have you gripping your kindle tightly as the story unfolds. Who’s doing the killing and why? " - Barbara, Goodreads 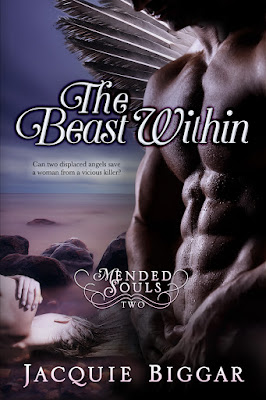 She didn't expect to land in the crosshairs of a serial killer.

Can two displaced angels save a woman from the clutches of a vicious psychopath?

When Julie Crenshaw is offered a news reporter's job on beautiful Vancouver Island she didn't expect to land in the crosshairs of a serial killer.

Connor O'Rourke has seen his share of human depravities during his fourteen years as a homicide detective, but is still sickened by the murderer terrorizing his island shores. And threatening his key witness.

As the stakes rise, can two people get a second chance at love?
Or will a killer become the winner?


"This story has a mix of romance, suspense and some humor and is filled with surprises and a few twists. It can be read as a stand alone but if you read the first book, The Guardian, you will understand the characters a little more." - B, Amazon

Restitution begins with the truth.

Lucas Carmichael and Scott Anderson had it all, money, fame, and fortune. But one night's stupid mistake takes everything they thought they cherished and dumps it upside down.
A car accident ends Lucas' life and leaves Scott injured and bitter.
As the local ME, Tracy York, investigates the case, discrepancies begin to point to more than a simple drunk driving incident.

When threats are made to Tracy's life can Scott and his guardian angel, Lucas, protect her, or will she become another casualty? 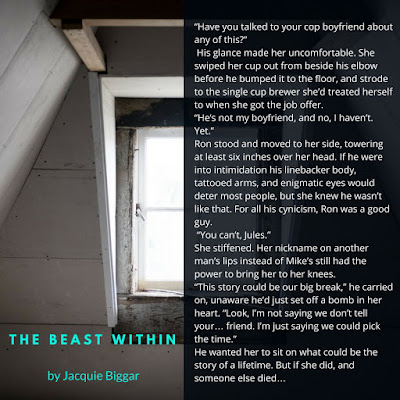 JACQUIE BIGGAR is a USA Today bestselling author of Romantic Suspense who loves to write about tough, alpha males who know what they want, that is until they're gob-smacked by heroines who are strong, contemporary women willing to show them what they really need is love. She is the author of the popular Wounded Hearts series and has just started a new series in paranormal suspense, Mended Souls.

She has been blessed with a long, happy marriage and enjoys writing romance novels that end with happily-ever-afters.

Jacquie lives in paradise along the west coast of Canada with her family and loves reading, writing, and flower gardening. She swears she can't function without coffee, preferably at the beach with her sweetheart. 🙂

Jacquie lives on Vancouver Island with her husband and loves to hear from readers all over the world!

Free reads, excerpts, author news, and contests can be found on her website. You can follow her on or email her via her web site:

Thank you for the wonderful post, I love your blog!