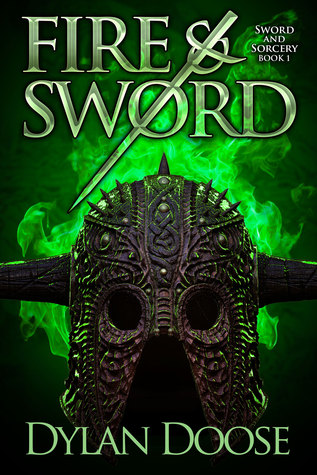 Condemned to hang for their crimes, they'll march instead to perish as heroes, or live as free men.

A broken nation in need of a savior - ravaged by plague, decimated by dark magic, infiltrated by a foreign evil seeking to dominate from within. Three will rise to save the beleaguered land. But will they be enough?

Three men condemned to die: Aldous Weaver, a heretic monk turned sorcerer, imprisoned for accidentally incinerating the leader of his order. Kendrick the Cold, an infamous crusader turned fugitive, is a villain who knows he can never be a hero. Theron Ward, an aristocrat with a penchant for slaughtering monsters, and a legend in his own mind.

When the kingdom of Brynth is threatened by a far greater evil, the unlikely trio must make a choice — seek to escape this land that cries for their execution, or find the true heroes within themselves. And then, armed with fire and sword, march together against the forces of darkness. But can three such disparate warriors ever prevail?

Don't miss the dark fantasy that reviewers are calling 'gritty, fast-paced and compelling'—get your copy of Fire and Sword today! 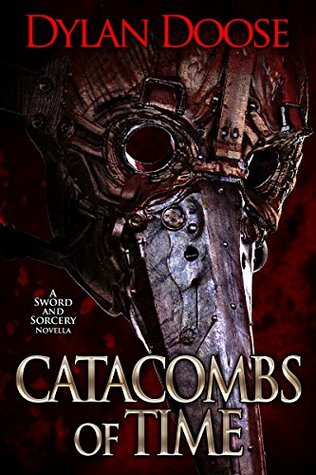 Catacombs of Time: A Sword and Sorcery Novella

In a world where the Rata Plaga and ghouls feast on the dead, doctor Gaige De’Brouillard believes science, not magic, conquers all.

Even death is just an equation to be solved.

When De’Brouillard is called upon by the Lord Regent to cure a curse and save one of the damned, he must battle for his career, his faith in science, and even his life. In the darkest slums and deepest catacombs, the doctor finds himself staring death in the eye with no scientific solution at hand. Has the doctor finally come across a question that science cannot answer, and will he pay with his life?

Don't miss the dark fantasy that reviewers are calling 'visceral,' 'fantastic,' and 'intriguing'—get your copy of Catacombs of Time today! 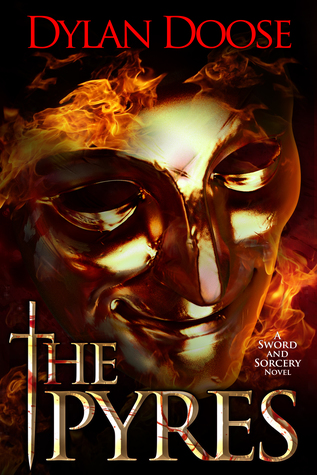 Once again, three unlikely heroes must band together in a fiery conflict between gods and demons.

A country ravaged by civil war, now threatened with evil unleashed by rivers of blood. Three must rise again to save the beleaguered land and thwart a dark prophecy.

Theron Ward, Aldous Weaver and Kendrick the Cold must band together and fight again. This time, they are caught in the timeless clash of gods and demons, and led by the dark prophecy of dreams.

A ruthless warlord, the Dog Eater, rises out of the rivers of blood from civil war. As friend and foe reach out from futures past, the three will see a city of white stone turn black with ash … and the only way forward is through the fire. One thing is certain, none of them will ever be the same. And one will be transformed in ways he never dreamed. Dare the three depend on the blood ties of the past to carry them through this terrible night?

Don't miss the next thrilling installment in the dark fantasy that reviewers are calling 'gritty, fast-paced and compelling'—get your copy of The Pyres today!

I Remember My First Time: A Sword and Sorcery Story

A stand alone Sword and Sorcery story that can be read at any point in the series!

Timothy Golden Boy O’Connor chose a life of piracy over a life at the seminary. When he and the crew of the Sea Maggot are cornered by Brynth’s navy, outnumbered and outgunned, O’Connor is forced to prove his bones and carve his place into the annals of outlaw history next to his comrades, the ship’s mythic mage, and their fabled captain. When the cannons have been fired, when the blades have sung their song, when the smoke clears, will a legend rise or will only death linger?

A fantasy adventure for fans of Joe Abercrombie, Patrick Rothfuss and Andrzej Sapkowski!


"There was suspense, action, drama, funny scenes, rather gruesome horrible scenes, character development, and maybe even future nightmares of scary human/rat like creatures. All in all I think that this was great, I could have read it in one way if I had had the time." - Cindy, Goodreads

From FIRE AND SWORD:

The thing left a trail of thick black blood and green pus. More a stream than a trail, if Theron Ward, hunter of monsters, wanted to be precise. It was wounded and wounded horribly, but not dead.
Grimmshire was not the only town ruined by the plague. As far as Theron knew, the whole country had a piece of it. The rats came with those terrible black boils. Rats larger than dogs. In the beginning, they came in swarms. Now they appeared alone or in small roving packs, as if a once powerful tether that bound the group had been weakened.
Four years ago, they had come and spewed their filth into the town. Two days was all it had taken until half the town was crawling and squealing with the rats, puking up pus and bursting black boils. The other half of the town became the swarm’s feast.
Those who didn’t turn simply couldn’t. The priests said that only the sinners turned, that the pious were protected from the plague. Theron doubted that, for he was not a pious man and he knew a thing or two about sin—sins of the flesh mostly—and he had been exposed to enough plague to wipe out a city.
Yet he had not turned.
Theron suspected something more sinister than nature, or the work of gods and devils to be the villainy incarnate that had unleashed such wickedness upon the land. He suspected something more human, or slightly more than human. Unpopular opinion, but his opinion nonetheless.
It was midday, but it was dark in the ruined town. The clouds shrouded the sun, gray and threatening, but not a drop of rain. The once green pastures were yellow as far as the eye could see. Once this had been a bustling, happy little town. Now there were just the colors of pus and piss and ash all around, beneath those suffocating gray clouds.
There came a rustling sound from the chapel, the one building in the town not entirely burned to the ground. It had been painted white when it was built, and painted black with soot and ash when death had come to its town. The stained glass windows were shattered, shards of the vibrant panes scattered round in the dirt and the yellow grass.
Theron burst through the door. His skin crawled at the sight of the wounded thing within the chapel; they always made his skin crawl, though he had killed over a hundred. He could kill over a thousand and still his skin would crawl.
Theron was a beast hunter, had been for nearly a decade, but the rats had always disturbed him the most, more than any creature or demon. What made the things so terrible was not the giant, rotting buckteeth that burst from the mouth. It was not the boils or the tufts of matted fur. Not the long tail or the brutish muscles, not the naked, sagging female breasts or the male parts dangling, filthy and crusted.
It was the eyes, for the eyes remained entirely human. And so, Theron was certain that a human being was still left in there, with no control over what it had become and begging for its torment to end.
This one had been a woman once, perhaps a mother, a lover, a sister, a daughter. For a dreadful moment he pictured his own sister taking the form of the wretched thing before him.