"a cocktail of love, humor and wit "- If I Were Beautiful (If I Were… #1) by Devon Hartford

"This just might be my favorite Devon Hartford book yet! This uniquely crafted storyline is unlike anything I have read. It is a cocktail of love, humor and wit all shaken up with a splash of magic that will leave you intoxicated and nursing a serious book hangover!"- Erin, Goodreads 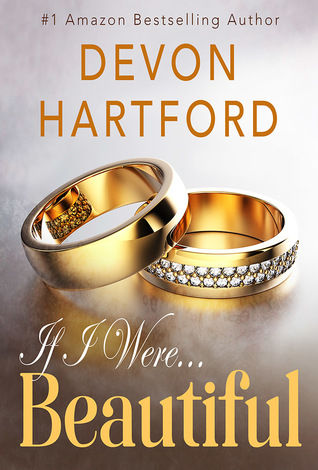 Is life better when you’re beautiful?

Jane Johnson has tried every beauty tip and trick known to woman, but none of them have ever made men notice her.

Finally, something is working. She barely recognizes herself in the mirror. Is it her new haircut? Two years of yoga class? Her new eyebrow tweeze? Or is it all that nasty wheat grass juice her sister insisted she drink finally working some kind of magic? Whatever it is, something is transforming Jane from plain to downright beautiful.

For the first time in her life, men are noticing her.

Jane is getting so much attention from men she doesn’t know what to do with it.

Before her inexplicable transformation, she couldn’t get a date to save her life. Now she has a date every night of the week. Gorgeous eligible men are throwing themselves at her. They’re even fighting over her. Actual fist fights to win her affection.

It all seems too good to be true.

The only question on Jane’s mind is whether or not her newfound beauty is going to last or if it’s some cruel trick of fate that will fade away as quickly as it appeared.

Because everybody knows, when something seems too good to be true, it probably is.

***If I Were Beautiful is a saucy romance with a mystical twist that will leave you breathless to find out what happens next. This is book one of a three book series. Book two will release April 2017, Book three, July 2017 (or sooner).

1. How did you get to write a story about this “sensitive” subject: “Is life better when you’re beautiful?” and from a woman POV?
That’s a great question.
I have an easy answer.

If I Were Beautiful isn’t about how GREAT it is to be beautiful. It’s just the opposite. The heroine of the novel, Jane Johnson, discovers that being beautiful creates countless new problems for her. Sure, she has gorgeous romance novel men throwing themselves at her, and that creates plenty of drama. But that’s the least of her worries.

What worries?
I’ll tease you with this question, What do you think would happen if you suddenly looked like someone else? I’m talking unrecognizable.
How would your life be different?
If that makes you anxious, just remember, you look like a supermodel and have a horde of hot arrogant men helping you through it.
Could be worse.
LOL.

2. I’m the first to support the idea that beauty is not (or shouldn’t be) the most important criterion, but still I do not agree with those voices that say that only the beauty within counts. What do you think about that?
That’s an easy one.

Picture this: you go out to a nightclub. The hottest guy in the room takes one look at you and can’t keep his eyes off you. You and him dance the night away. You drink too much. You go home with him.

You wake up the next morning after a night of incredible passion.
What do you do then? I mean, after the hot morning sex?
What do you talk about?
What do you do together outside the bedroom?
Sure, you could show him off to all your friends.
But what about after that?
Do you just stare at him?
Place him on a pedestal until the next time you want a hot night out?
Like anything else, I think it’s about balance.
Beauty matters.
Brains matter.
Heart matters.
Common values and common interests and everything else matters too.
It’s about finding someone who is a balance of what’s important to you. And that last bit is the key.
What is important to YOU.
It doesn’t matter what I think.
It only matters what you think.

3. Just looking around it is clear that women admire the alpha men and no fat, sloppy, ugly men (never on a cover of “women books” except maybe when is a high/comedy). What do you think about this, let’s say, double standard?
I couldn’t have said it better myself. :-)

We turn to entertainment to fulfill fantasies that we’ll probably never live.
Hence, all those hot men.

4. How important is that “mystical twist” for the story and how did you obviate the risk of a reader to think that only a supernatural event can help her?
Although If I Were Beautiful is truly a romance novel, the story revolves around the mystical twist. But, like I said earlier, the supernatural event doesn’t solve all of Jane Johnson’s problems. It makes countless new ones.

Before her mystical transformation, Jane does meet interested men in the book. They aren’t impossibly hot romance novel men, but they are interested.

You can think of the hot romance men she meets after her transformation as the silver lining. But the rest of her life as a beautiful person is a crazy thunderstorm of one problem after another.

As they say, the grass is always greener on the other side.
Or, be careful what you wish for.

5. If you have to interview yourself, which would be the key question (that one for which you will need the rubber gloves)? (see author’s “Ask the author” section on Goodreads)
LOL I had to go back and read what I wrote on Goodreads. I was making a joke about asking me a “shocking” question.

Let’s see, what would I ask myself that would require a shocking answer?

I want to say the conclusion to If I Were Beautiful (it’s a trilogy and this is the first book), but I can’t tell you what that is because I don’t know yet. I’m purposefully writing the books without knowing where they’re going because the only way to surprise my readers is to surprise myself.

About the author:
Devon Hartford is a dude who writes romantic comedies because he likes to laugh as much as he likes to love.

Join Devon’s newsletter and you’ll receive teasers of his upcoming books before anyone else, exclusive freebie short stories and novellas, and no spam. Copy and paste this link into your web browser to sign up:

If I were beautiful sounds like a fun read! Thank you

I am one of those beauty comes from the inside type of girls. Never had a date, never had a boyfriend. I'm not sure I'd want a date every single night, but it might be nice at least once, lol I'd like to read this book and see what happens :)

It sounds good. Thank you for the giveaway!