"This well written who-dun-it mystery book novel has a unique plot, memorable characters and a book you will not be able to put down. I started this book last night and was totally captivated until I finished it early this morning. What an amazing read! [...]" - Sue, Goodreads 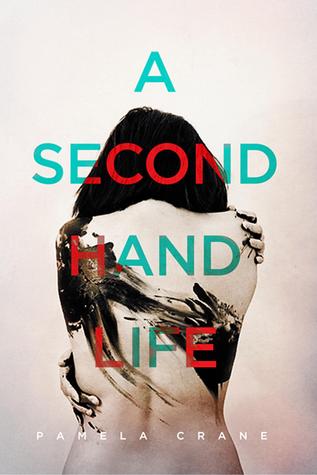 In a freak collision when she was twelve, Mia Germaine faced death and the loss of her father. A heart transplant from a young murder victim saved her life, but not without a price. Twenty years later, chilling nightmares about an unresolved homicide begin to plague Mia. Compelled by these lost memories, she forms a complicated connection to the victim—the girl killed the night of Mia’s accident—due to a scientific phenomenon called “organ memory.”

Now suffocating beneath the weight of avenging a dead girl and catching a serial killer on the loose dubbed the “Triangle Terror,” Mia must dodge her own demons while unimaginable truths torment her—along with a killer set on making her his next victim.

As Mia tries to determine if her dreams are clues or disturbing phantasms, uninvited specters lead her further into danger’s path, costing her the one person who can save her from herself. More than a page-turning thriller, "A Secondhand Life" weaves a tale of second chances and reclaimed dreams as this taut, refreshing story ensnares and penetrates you. 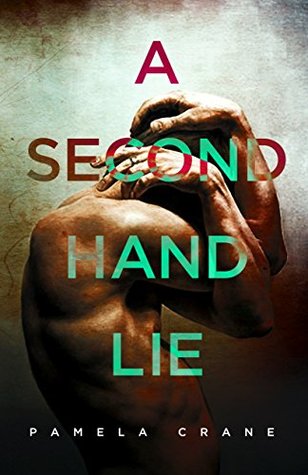 I found her in our living room, bleeding and close to death, but alive. Barely. Until morning stole her last breath. The media called her killer the “Triangle Terror” … and then forgot about her. But I never forgot—my murdered sister, and an investigation that led to my own resurrection from the dead.

Twenty-two years ago, on a cold February night, Landon Worthington lost his father for the last time. After an armed robbery gone wrong, evidence and witness testimony pointed a shaky finger at Dan Worthington—deadbeat dad and alcoholic husband. But before the dust could settle over the conviction, Landon’s preteen sister, Alexis, is murdered in their home, plunging Landon’s life into further despair.

Two decades and a cold case later, Landon is dogged by guilt over their estranged relationship and decides to confront his incarcerated father-of-the-year about what really happened the night of the robbery. But the years of lies are hard to unravel. And the biggest question of all haunts him: How does everything tie into his sister’s murder?

And so begins Landon’s journey to piece together the puzzle of secrets, lies, and truths that can free his father, avenge his sister, and perhaps save himself.


I didn’t wake up one morning and randomly decide to be a killer; rather, somewhere in the recesses of my soulless being, there it was—a primal urge for blood, for manipulating life and death. Yet all the while I was unable to control my own mind. I had become an animal.
I wasn’t always a murderer, as far as I know. Born with it, or raised into it? Nature versus nurture. The question of the day. One that has baffled therapists for decades. As one of the monsters they studied, even I had no answers. Picking apart my gray matter proved fruitless.

I never tortured cats, pulled the wings off of butterflies, or watched too much graphic news. In fact, I hated what television represented, what it took from us. It stole our youth, our time, our minds. Yet our lives revolved around it. So much power granted to one inanimate object. Perhaps I was jealous.
But jealousy didn’t mutilate my soul. Something else awakened within me over time, eroding my humanity to the point where I despised what society had become. Perverted. Impure. Corrupt. It was a shame what people had turned into with the help of a malevolent social order.
And I thought I was evil.
Look around you. Look at what people do behind closed doors. Neglecting their kids. Abusing their spouses. Drinking themselves into oblivion …
They’re the ugly ones, not me.
I was their savior.
So what exactly turned me into … this? I will probably never know.
But today I challenged all theories of humanity’s innate goodness as the girl’s limp neck hung in my hands, my dirt-stained fingers wrapped around her flawless pink flesh like a snake coiled around its prey. I hadn’t planned on squeezing until she vented a terror-stricken scream, potentially spooking the neighbors and sealing my red-and-blue-flashing fate. Reflexively my hands tightened their grip, summoning Death to take its victim.

About the author:
Pamela Crane is a professional juggler. Not the type of juggler who can toss flaming torches in the air, but a juggler of four kids, a writing addiction, a horse rescuer, and a book editor by trade. She lives on the edge (ask her Arabian horse about that—he’ll tell you all about their wild adventures while trying to train him!) and she writes on the edge. Her characters and plots are her escape from the real world of dirty diapers and cleaning horse stalls, and she thrives off of an entertaining tale.

She is the author of the best-selling psychological thriller "The Admirer’s Secret," Amazon top 20 short story "A Fatal Affair," and her latest releases "A Secondhand Life" and "A Secondhand Lie."

To pick up a copy of a FREE book, or to find out more about her chaotic existence, visit her website at:

Wow! This sounds compelling! Thanks for the excerpt!

I love thrillers and this is the second "organ memory" book I've seen available this month.

Yes, I do! I think this book will be awesome.

Thanks so much for hosting me!