"A sharp, intelligent and unsentimental thriller about the consequences of the War on Terror, that basks in Kenneth Eade's encyclopaedic knowledge of current affairs. In Robert Garcia, readers are given an anti-hero in the vein of Jack Reacher, but with far more moral complexity. Paladine has as much entertainment value as most novels in the genre, but delivers a truckload of substance along with it." Best Thrillers 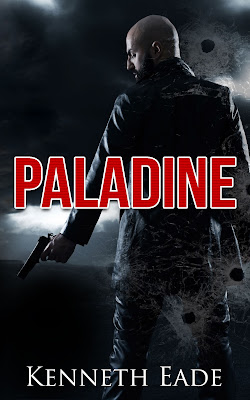 From the best-selling & award winning author critics hail as "one of the strongest thriller writers on our scene" comes an unforgettable story of an unlikely "anti-hero."

Robert Garcia was an unremarkable man, tapped out of a promising military career to become a death squad assassin for the CIA. Retirement was not in the cards for Robert, so he disappeared instead. After he comes out of the cold to answer the call to aid a fellow soldier facing a bum rap, he is thrust back into the spotlight when he is in the wrong place at the wrong time and kills a terrorist, thereby saving dozens of lives. He finds gainful employment in the slaughter of jihadists, which sparks an urban social media legend that Robert, a dangerous and unfeeling assassin, is a living paladin, whose mission is to rid the earth of evil for the betterment of mankind. Social media gives him the name: "Paladine" and God help whoever gets between him and his next target.

The apartment obviously belonged to a bachelor, but it was neat and orderly, like a military man’s freshly made bed. The cushions on the couch were soft and comfortable and the Colonial style furniture practical and functional, rustic but not antique. The décor was earth tone and neutral, and the walls were peppered with tasteful framed prints, replicas of art that said nothing about the occupant. They were just hanging there so the walls would not be bare. There were no framed family photos on the tables, no stacks of well-worn books and no magazines. It was almost as if nobody lived there.

Robert Garcia was an unremarkable man. Other men, the exceptional types, could never be forgotten. Men of striking, imposing persuasion, or those with a certain superior intellect or cleverness. Robert held none of those attributes but, if you had the misfortune to have him touch your life in any way, and were fortuitous enough to live after the experience, he would be indelibly etched in your memory. 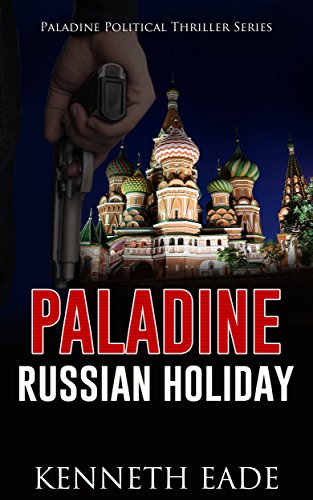 Robert’s characteristics were fine-drawn, precise. He could drift in on the night air with only a whisper of the wind, and then disappear into the shadows, the only place where he ever felt secure and content. At five-foot-eleven, dark-haired with a touch of grey around the edges, he was a chameleon that blended in with most crowds. But under the ordinary clothing he wore he had the body of a herculean powerhouse, chiseled and ripped. Née John Richards, Jr. to an American military career man who had taken a Lebanese wife, since Robert had been old enough to walk, he had marched in the footsteps of his father. When his country came calling, John Richards, Jr. proudly answered that call and served with pride as his father’s son, the nephew of his Great Uncle Sam. There was never any question of it. Working up the ranks the hard way, he made Captain, and it wasn’t long before his special traits and abilities landed him his first secret assignment, along with his first alias – Malik Abdul.

Malik was a name that had fit Robert well. He never did look or behave like a John Richards. That was a name his Anglo Father, John Richards, Sr., had insisted on giving the child and his mother dutifully went along with it. Eventually, it was adept profiling that helped Malik recognize his destiny. His swarthy skin and his second language – Arabic – made Malik a valuable asset to his country. Beyond his language prowess and physical attributes, Malik possessed a unique set of special skills, forged by intensive training and honed to perfection with experience. Malik and his band of assassins were utilized only in the most extreme of circumstances – covert operations for well-known agencies who called themselves by three letter acronyms – and the unknown ones as well.

Malik had tried to retire, tried his hand at transforming his life into the “normal” one of Robert Garcia, and had dutifully taken the number 4 train Monday through Friday, from his little brownstone in El Barrio to Two Penn Plaza, where he worked as a janitor. But Malik’s past had beckoned. It was a call he could not resist. He had come out into the open to support a fellow soldier who had been given a bum rap. About the only thing Malik had left which resembled a conscience was the soldier’s creed. He had no morals, no principles, except for those, which were burned into his hardwiring like a brand on a cow: The mission comes first; never accept defeat; never quit; and never leave a fallen comrade.

The comrade was Captain Ryan Bennington, an officer serving in the war against the insurgency in Iraq who had been sent on a mission by his superiors with instructions to breech four houses in an Iraqi village that intelligence had confirmed were being run by Al-Qaeda terrorists and kill any one of them who did not actively surrender. It was a mission the likes of which Malik – Robert – knew well, as he had been on many of them, committing unspeakable acts in the name of the War on Terror during the insurgency. Now the accused officer was being court-martialed and could face life in prison for simply doing his duty. 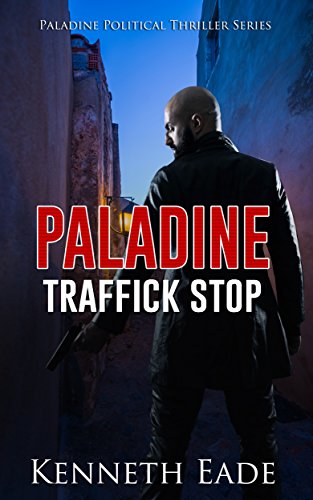 Robert had come back from the court-martial trial on the coast a ball of nerves, constantly looking over his shoulder. Now that the record had been set straight, Robert’s life was in a state of distress and disquietude. He couldn’t resume his job as a custodian. They could be watching for him there. He couldn’t return to the woman he had been seeing regularly, and who had given him hope that he actually could rejoin society after all that he had seen and done, and he couldn’t go back to the little apartment in the quaint brownstone on 118th Street, between 2nd and 3rd Avenues in Spanish Harlem that he had called home for the past five years. Well, he had to come back here – for only one last time, he thought, as he shut the door behind him.
***
Now that Robert had exposed himself and his new identity to set the record straight it was, once again, time to slip back into the shadows. Without a glimpse of emotion, he had left everything behind in the top floor of that little brownstone that had been collected by Robert Garcia over the years –the furniture, the clothing, the little knick-knacks reminiscent of the life he had simulated. He also left something in the apartment that had never been there before, a product of his life’s work – something that he had not produced for the past five years – the body of a dead man, five-foot eleven, olive-skinned and dark-haired. He took one last look at the life of Robert Garcia as he threw the match on the floor and then slipped away.


Discover what critics are saying about this new terrorism thriller series:

"Robert Garcia is a vigilante known as Paladine, and in this well-written and fast-paced thriller, the author demonstrates skill not only with plot, but with character -- and character is what makes this book stand out. An ill-fated love story and an irresistible dog only deepen what could be just another hit-man-killing-jihadists story." --Publisher's Weekly, Booklife Prize in Fiction

"A satisfyingly original, compelling piece that moves well beyond genre writing and into the realm of military precision, insight, and adventure, linking action into modern-day pursuits and concerns with the precision of a surgeon. Paladine is very highly recommended reading for anyone looking for a protagonist and purpose that goes the extra mile, and then keeps on running."  - Midwest Book Review

"Kenneth Eade is one of our strongest thriller writers on the scene and the fact that he draws his stories from the contemporary philosophical landscape is very much to his credit. Another top-flight novel from the master of intrigue – one of his best series yet." - Grady Harp, Amazon Hall of Fame, Top 100 & Vine Voice

Said Eade of the comparisons, "Readers compare me in style to John Grisham and, there are some similarities, because John also likes to craft a story around real topics and we are both lawyers. However, all of my novels are rooted in reality, not fantasy. I use fictional characters and situations to express factual and conceptual issues. Some use the term 'faction' to describe this style, and it is present in all my fictional works."

Eade has written twelve novels, which are now in the process of being translated into six languages. He is known to keep in touch with his readers, and offers a free Kindle book to all those who sign up at his: