I want some fun and excitement! - The Adventures of Fawn series by Al E. Boy

"I really enjoyed this story. It should be a classic, right alongside How The Grinch Stole Christmas and The Night Before Christmas. If you have any elementary school aged kids, get this for them and enjoy it together." - Melissa S., Goodreads
"These are such fun characters for children to read about. There is a wonderful cast in this novel and there are plenty of interesting twists to keep the kids interested in eachadventure." - Samantha, Goodreads 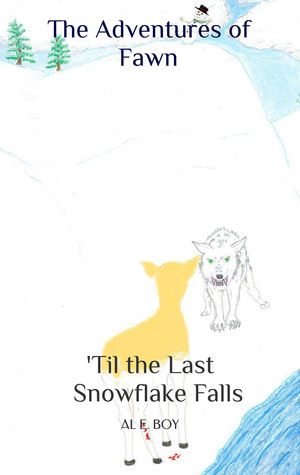 The series is a ‘coming of age’ tale set in the year 1849. It involves the precocious young daughter of legendary reindeer, Comet and Vixen. Initially, she has no friends and spends her days alone in the stable at Santa’s Village. She argues with her parents…wanting the freedom to go outside the Village to explore. But her parents forbid her to go outside by herself.
Declaring, “I don’t care how dangerous it is…I want some fun and excitement!” Fawn starts sneaking out each day. She makes friends quite readily, but just as quickly finds herself in dangerous situations.

Book 1, ‘Til the Last Snowflake Falls, serves to introduce the cast of characters, their loyalty, and the risks they’re willing to take for one another. Her new-found friends, Bunny and Snowboy, rescue her from the clutches of a hungry arctic wolf, and a conniving sea captain capturing animals of the arctic to sell to a New York City zoo takes Fawn, Bunny and many other creatures prisoner. Snowboy tries to help them, but pays the ultimate price when he’s melted into a pile of slush. Santa and his wizard friend, Wajic, assemble a rescue team, and a battle royal….with elves armed with slingshots and snowballs takes place.

Excerpt  ‘Til the Last Snowflake Falls

Today was going to be the day!
Fawn had it all planned out. The young reindeer would wait until her dad and mum, Comet and Vixen, came home to the stable, and she was going to calmly explain how unhappy she was.
Sure…she’d mentioned it before, (more like every other day), but each time her bad mood had gotten the better of her and she’d wound up arguing with her parents. Each time they had told her she wasn’t old enough…not mature enough…to be going out on her own.
Fawn had often pondered over their words.
Not mature enough?!
She wasn’t exactly sure what that meant…but just the same she didn’t like the sound of it!
I think it’s like saying I’m still a baby! Darnit! I’m four and a half months old!!
Fawn was convinced fun…excitement….maybe even friends could be hers to enjoy if she was free to explore the world outside Santa’s Village.
I blew it those other times by getting too excited. If I can plainly and calmly explain to mum and dad how bored and lonely I am…how I need some friends…surely they’ll see how much I’ve changed…how much more ‘mature’ I am now…whatever that means! I’ll wait for them to come home…and then I’ll show them.
Yes, indeed! She had it all planned out!

But sometimes even the best laid plans can fall apart. 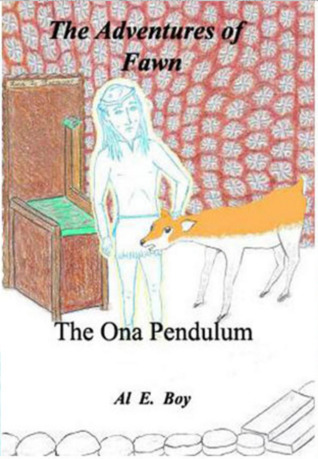 In Book 2, The Ona Pendulum, many questions regarding how Santa got started and how he manages to do what he does are answered, as Fawn and her companions set out to stop an evil former elf princess intent on destroying the Ona Pendulum, which has kept Santa and company alive for more than three hundred years. On the very first Christmas, shooting stars fell to the earth. Elves went out to collect them, and found each possessed a unique magical power. The largest of these was set into a clock-like device…The Ona Pendulum.
Fawn witnesses treachery and cold-heartedness first-hand, but also learns about strength of character and self-sacrifice. She also learns things about herself. When she and her friends are trapped in an underground tunnel without air to breathe…she must push herself to the limit to try to save them all. It’s an exciting adventure and a history lesson all rolled up into one entertaining book.

It was at that very moment…something very strange occurred.

Santa and Wajic suddenly became motionless, and their faces appeared in energized broken patterns…almost like shattered, electrified pieces of glass. Every angle of the fractured pattern sputtered and flashed likenesses of them……but each one different. In some they looked younger…and in others, older…….and older still.
Fawn, Bunny, Snowboy and Doctor Weather were all quite surprised and taken aback. They had absolutely no idea what was happening…or what they should do. The only choice they had was to stand there powerlessly watching.
Then, just as suddenly as it began, it stopped.
Looking a bit overwhelmed, everyone just stood there…watching Santa and Wajic.
“Are you alright?” asked Fawn.
“Yes…perfectly fine.” Santa answered. He noticed the concerned looks on everyone’s face, and added, “Why do you ask?”
The Doctor explained, “Well…something just happened a moment ago. Very odd! You didn’t notice? You didn’t feel anything?”
Wajic stretched his arms and yawned.
“Come to think of it…I am a little tired all of a sudden.”
Santa brought a gloved hand up to cover his mouth, as he also yawned.
“Me, too! Hmmm. That’s very strange! What was it you saw?”
Fawn, Bunny, Snowboy and Doctor Weather gave them the details of what they’d seen, and with each piece of information, Wajic looked more and more worried.
Santa noticed.
“What is it, old friend?”
“I’m not quite sure, Kris. It could be nothing…or….it could be something! When we get back to the Village, I’ll head to my workshop and look into it.” 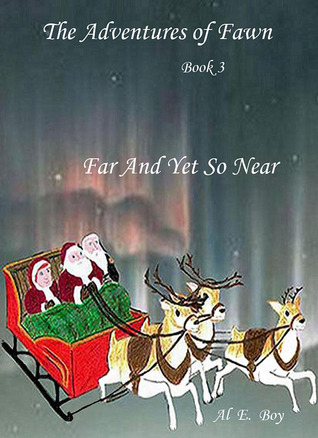 In Book 3, Far And Yet So Near, a mysterious stranger has taken control of Santa’s reindeer, who march off mindlessly toward destinations unknown. Because Santa and Wajic are inconveniently away at the time, it’s up to Fawn and her friends to trail them and try to bring them back. The stranger confronts them in an underground cavern…but Santa and Wajic arrive in the nick of time. However, the stranger has a trick or two up his sleeve, and as explosions suddenly rock the cavern, he escapes with Fawn. She’s reindeer-napped and secreted off to England. The young reindeer has no idea if her parents and Santa are even alive…and no way of ever getting back home to the North Pole. Housed in the stable of a wealthy English businessman, she befriends his ailing daughter who is dying of tuberculosis. But the young girl has her nanny write a letter…which eventually finds its way to Santa. With the help of some incredible magic, the girl’s condition is greatly improved, and she stands a fighting chance. Fawn has grown…both physically, and as an individual in her months away from home, and the precocious young reindeer of Book 1 has greatly changed.

Excerpt Far And Yet So Near

“A little snow shouldn’t be a problem, eh?” Doctor Weather called out to Foddle.
For the umpteenth time, she brushed snow off Hutch that probably measured a couple of inches thick.
Foddle looked at a loss for words, as he flicked snow off his beard and face.
“What can I say?” he replied. “How could I have known?”
Bunny was completely covered in snow, and shouted angrily at Snowboy, “A little snow never hurt anybody! Isn’t that what you said?”
Snowboy couldn’t think of anything to say, except, “I’m sorry! Really! I am!”
He took a moment to look down at himself and then blurted out, “Hey! I think I’m getting bigger again!”
Once again, Bunny pointed a paw at him. “Stop that!!”
Snow was falling so heavily, it was difficult for anyone to even see the end of the dog teams.
Perched on Fawn’s back, Bunny cleaned snow off herself as best she could, and shook her head disgustedly.
“A drop-off into nothingness…Hangnail Pass…a Bridge with a mind of its own…playing ‘catch-up’ with a bunch of wandering reindeer…and now a heavy snowfall! What’s next? An earthquake?!”
Fawn’s eyebrows came down heavy over her eyes as she looked at her friend.

“Shh! Don’t say that! Don’t even think it! When folks say ‘Things could be worse!’...you’re not supposed to help things get that way!”

Through almost 40 years as a Santa Claus, Al E. Boy developed quite a repertoire of tales to explain and answer the many questions children ask about Santa, the North Pole, his reindeer, and his friends, the elves.

​It was this collection of tales which prompted him to begin writing The Adventures of Fawn. Through the young daughter of legendary reindeer Comet and Vixen, he's been able to weave an exciting, colorful, imaginative world which will delight readers of all ages!

Mr. Boy not only hopes you enjoy these tales, but make reading them part of your Christmas traditions, as well.