For a price... Chameleon Assassin by B.R. Kingsolver

"B.R. Kingsolver crafted an entertaining, complex journey complete with a snarky, fiercely independent main character...who just so happens to be a mutant AND an assassin. [...] I really, really enjoyed this book, and cannot WAIT to get my hands on the second in the series--I'll definitely be watching for it impatiently in the future!" - Elizabeth, Goodreads Libby is a mutant, one of the top burglars and assassins in the world. For a price, she caters to executives’ secret desires. Eliminate your corporate rival? Deliver a priceless art masterpiece or necklace? Hack into another corporation’s network? Libby’s your girl.

There are few rules as corporations jockey for position and control of assets and markets. The corporate elite live in their walled estates and skyscraper apartments while the majority of humanity supplies their luxuries. On the bottom level, the mutants, the poor, and the criminals scramble every day just to survive.

People often ask me where I get ideas for my stories. Ideas aren’t a problem. Ideas that are workable and sellable are a problem.

My books usually start with a character, a person with something about them that is unique and interesting. I often imagine characters and carry them around in my head for months or even years, developing their personalities until I come up with a story where that person can live.

Very often, a story idea starts with a single scene, or it can start with a very vague picture of a world. But you can’t just stick any character into any world and make it work. As an example, my current novel is about a woman who is a cat burglar and assassin in a post-apocalyptic world two hundred years from now. In her world, human life is very cheap, the rule of law has broken down, and those with power rule with few restraints. An assassin fits in that world.

On the other hand, if I tried to write an assassin into a contemporary non-magical setting, she would come across as far less engaging and sympathetic. Who wants to date someone who kills people? She would constantly be running from the cops, or the CIA, or Interpol.

But in Libby’s world, assassination is a routine business practice. A corporation may try to hire another corporation’s key personnel, but an alternative is to assassinate that person and deprive the other corporation of their talents. You don’t like your boss, or feel that he’s blocking your rise up the corporate hierarchy? A convenient accident takes care of the problem. In that way, the corporate executives become the villains, and Libby takes advantage of their greed and arrogance.

I had another character in my head for years, always seeing her in a far-future science fiction space opera setting. But after I finished the first three books in my Telepathic Clans Saga, a friend said I should write a mystery because she liked to read mysteries. Suddenly, I imagined that science fiction character set in the world of The Telepathic Clans, and with threads from my other books, a story idea started to form. The result was my novel Broken Dolls, with R.B. Kendrick as a telepathic private investigator rather than a swashbuckling intergalactic private investigator.

On the other hand, I had an idea for an elven princess who was exiled to a world similar to ours, but with magic. A typical urban fantasy. I wrote the book, but when I tried to write the sequel, I couldn’t find a story. The single idea/world I created for the first book didn’t extend into something larger.

I also have a character based on the goddess Diana as an FBI agent in a contemporary setting, but I need a story for her. Another character is an elemental witch. I wrote half a book, but ran out of story. I do have another story for her as a sequel, but I need to finish the first one, and I’m not sure where it’s going.

A lot of story ideas sound good. But is the idea enough to develop into an engaging novel? That is the problem.

About the author:
I made silver and turquoise jewelry for almost a decade, ended up in nursing school, then took a master’s in business. Along the way I worked in construction, as a newspaper editor, a teacher, and somehow found a career working with computers.

As to my other interests, I love the outdoors, especially the Rocky Mountains. I’ve skied since high school, with one broken leg and one torn ACL to show for it. I’ve hiked and camped all my life. I love to travel, though I haven’t done enough of it. I’ve seen a lot of Russia and Mexico, not enough of England. Amsterdam is amazing, and the Romanian Alps are breathtaking. Lake Tahoe is a favorite, and someday I’d like to see Banff.

For special deals and news about new books, sign up for my newsletter. 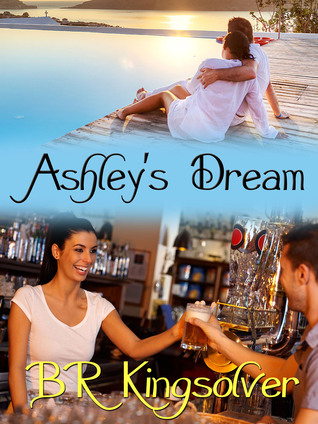 Thank you for taking part in this tour. :)

Thank you for inviting me to visit. I've always enjoyed my time on your blog. It reminds me of my visit to Romania and how beautiful your country is.

@BRKingsolver - I'm glad you liked Romania; it's a wonderful country, but unfortunately not loved enough...:(
But we have a great folklore and mythology that can be a rich source of inspiration for wonderful stories (yep, I'm very modest :))))) )