“You almost scared me to death” - The Empty Room by Sarah J. Clemens

"So this is one of those books that I plan to re-read now that I know the ending.. Probably tonight. I was completely floored by Clemens’ plot twists and turns and can say 100% that I did not see any of the ending coming. [...] The ability to weave a suspenseful, mysterious story in this way with so many surprises is outstanding, but especially from a new author." - Jennifer, Goodreads 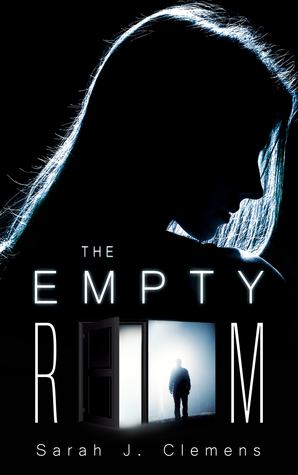 Rain soaked and dreary, it was a 1901 abandoned Victorian that Dean and Elizabeth hoped would fulfill their dreams, even if the town of Eastbrook, Maine was trapped under a blanket of fog. The first neighbor they meet in town dashes those dreams when he raises a bizarre question: what happened to the last person who lived in their house? Under mounting pressure from the residents of Eastbrook to stop questioning the past, Dean and Elizabeth are driven deeper into the history of the house, and the town. When they discover what happened in Eastbrook, keeping the secret could save their lives, but uncovering the truth might be worth the risk.

A gripping psychological mystery, The Empty Room takes readers on a cat-and-mouse game where some secrets are better off hidden.

A knock pounded loudly on the door for a second time and Elizabeth involuntarily let out a small shriek. She frantically put her hand over her mouth, but the sound had already escaped and there was little doubt that Mrs. Jacobs had heard.

“Well.” Dean sighed, as he stood up from the crouched position he’d been holding beside the window. “Now we answer the door because you apparently have Tourette’s.”

As Elizabeth slowly stood up beside him, a third round of loud pounding ensued. Elizabeth jumped at the sudden noise and hit her head against Dean’s lower lip. His head jolted back from the force and he winced.

Dean reached up his hand and clenched his jaw, pulling it from left to right. He pointed toward the door. “Great, first I get physically abused, now I’m going to get emotionally abused. And I still have no underwear.”

He finally came to the door and put his hand on the doorknob. He looked back at Elizabeth. “Just for the record, you are the worst covert ops partner ever.” With a specific intent in mind, he quickly turned the doorknob and ripped open the door as fast as he could. A startled Mrs. Jacobs stumbled backwards.

“You almost scared me to death,” she asserted, quickly brushing her dress to remove the imaginary wrinkles that had not formed from the unexpected greeting.

He stepped outside and grabbed Elizabeth by the wrist to pull her out of the house with him. “Well, follow-through has always been my problem. Look, we were just headed out the door and into town so we’re going to have to finish this later.” He reached for the doorknob and slammed the door behind him.

But Mrs. Jacobs did not move. Other than the slight falter when he opened the door, she held her stance and stared at the closed door. Dean had a feeling it was not the first or the last time she had ever had a door closed in her face. With their backs to the old woman, the couple took several steps toward the edge of the porch.

“You live next door, right? We’ll stop by. Oh, the fun we’ll have.” Still holding on to Elizabeth’s wrist, he pulled her past Mrs. Jacobs and down the steps.

“Where are we going?” Elizabeth whispered.

Mrs. Jacobs turned to face them. Her hands clasped in a folded position in front of her.

About the author:
Sarah J. Clemens is the author of the debut mystery novel, The Empty Room. She started writing The Empty Room in 2008 and formed her own imprint in 2016 called Off the Page Publishing. She started out her professional career working as a news assistant for her local newspaper before finding a passion for the law and pursued an education in criminal justice. In addition to writing fiction, she is also a legal assistant with an Associate of Arts and a Bachelor of Science in Criminal Justice with an emphasis in Human Services. Sarah was born in California and now lives and works in Boise, Idaho. She has the same sarcastic sense of humor as the characters in her books, and she has an unparalleled love for animals.

Thank you so much for hosting The Empty Room on your blog today!

The storyline. Thank you