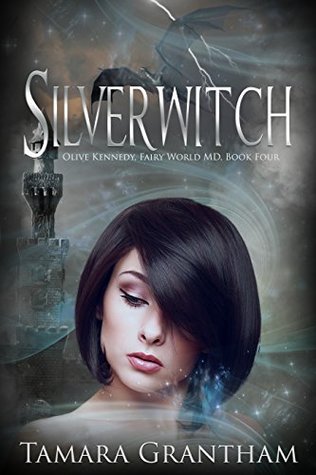 It’s Faythander’s legend of King Arthur. And it’s not for the faint of heart.

Olive Kennedy, Fairy World MD, isn’t ready to go back to work. But when her dragon stepfather shows up on her doorstep with bad news of the world-ending variety, that’s exactly what she’ll have to do. He wants her to stop the elven queen from obtaining seven weapons of King Arthur fame, and he wants her to break into a dragon’s vault to do it.

One problem. Silvestra, the silverwitch of Dragon Spine Mountain, guards the weapons. And she’s not willing to give them up. With the help of Kull, her newly reunited, half-crazed Viking boyfriend, she’s hopeful they’ll stand up against the dragon. Plus, she’ll have the help from Kull’s warrior princess sister and a professional thief.

But Olive has never had great luck. What starts as a routine quest quickly turns into a life or death fight. And one of her companions won’t make it out alive…

“Maveryck,” I yelled at the man fighting alongside me. “I need a weapon.”
Maveryck fought two beasts at once. He was a professional thief, not a fighter, which made me wonder how he’d managed not to die yet. It helped that he wielded a magical staff with ridiculous amounts of power. Gripping the staff tight, he knocked both of the monsters back, but one of the beasts grabbed him and pulled him to the ground.
Wrestling the beast away from the staff, he darted a glance at me. “Can’t you see I’m busy? What happened to all your weapons?”
“They’re stuck in the monster’s hide.”
“Then pull them out!”
I growled under my breath. He was useless. Had I been fighting alongside my brother, we’d have killed the monsters hours ago and been drinking mead by the fire.
***
He looked at me, his eyes dark and brooding. Maveryck was a man I did not understand. He had too many secrets and he wielded magic—in my experience, those two traits created a deadly combination. Despite being handpicked by the sky king to retrieve the lost staff, he’d proven himself to be a poor thief. He was also far too pretty to be a practical fighter—his eyes were a deep silver with flecks of amethyst, and his full, seductive lips seemed to hold back a secret. While his appearance was almost pretty, he was also entirely male, and I had no doubt he could fight if he put in the effort, which he didn’t.
***
“I fail to see how we’re lucky. We’re trapped in an unfamiliar world with no way of returning home. The staff is gone, and I have a suspicion that if we find it, we will not live long enough to return it to the sky king.”
Maveryck gave me a condescending smile. “Perhaps you will not live long enough,” he said as he stood, and without further explanation, he limped away from me and down a narrow hallway. I hesitated before following him. Navigating alone through a tomb like this would be suicide, so I reluctantly trailed him, barely keeping my temper in check.
“Where are you going?” I demanded.
“To find a way out of here.”
“What then?” I asked. “Where will we go? How will we find the staff? How will we return home? Have you the magic to create portals?”
He rounded on me, his jaw clenched. “First, and listen very clearly, I’m not in the habit of answering questions—not from you or anyone else. Second, I’m not your friend, nor am I trying to help you. For the time being, we share the same goal, so I will work with you in order to bring the staff back. After that, our partnership will be dissolved. I’ve never lost an object before, and it won’t happen now. If you impede me in any way, I will aid you no more.”
“Have you forgotten who my brother is? Should you return to Faythander without me, what do you think the king will do to you?”
“I don’t care.”
“You might care when you’re rotting in the Wult dungeons.”
“I doubt he would throw me in the dungeons for leaving you. In all honesty, I believe he would reward me.”
Now he’d pushed too far. I’d had an ill feeling about this man from the moment I’d met him, and I would tolerate his superior attitude no more. I shoved him against the wall, pressing the weight of my body against him, making the stacks of skeletal remains rattle behind us.
“Enough,” I hissed. “I will not tolerate being spoken to in such a manner.”
Instead of shying away as I expected, he clamped my wrists in his hands. He used no magic, but the calculated look he gave me sent shivers down my spine. “And I,” he said, “will also not tolerate being spoken to in such a manner.”


Fear made my heart beat wildly. Who is this man? It was at that moment I realized how very little I knew about him. Where did he come from? Where did he live? Who were his kin? His gaze locked with mine, and sparks of purple danced in the gray of his irises. I knew he possessed magic, but he’d led me to believe his powers were limited. Had he lied?

Tamara Grantham is the award-winning author of more than half a dozen books and novellas, including the Olive Kennedy: Fairy World MD series and the Shine novellas. Dreamthief, the first book of her Fairy World MD series, won first place for fantasy in INDIEFAB’S Book of the Year Awards, a RONE award for best New Adult Romance of 2016, and is a #1 bestseller on Amazon in both the Mythology and Fairy Tales categories with over 100 reviews.

Tamara holds a Bachelor’s degree in English. She has been a featured speaker at the Rose State Writing Conference and has been a panelist at Comic Con Wizard World speaking on the topic of female leads. For her first published project, she collaborated with New York-Times bestselling author, William Bernhardt, in writing the Shine series.

Born and raised in Texas, Tamara now lives with her husband and five children in Wichita, Kansas. She rarely has any free time, but when the stars align and she gets a moment to relax, she enjoys reading fantasy novels, taking nature walks, which fuel her inspiration for creating fantastical worlds, and watching every Star Wars or Star Trek movie ever made. You can find her online at: 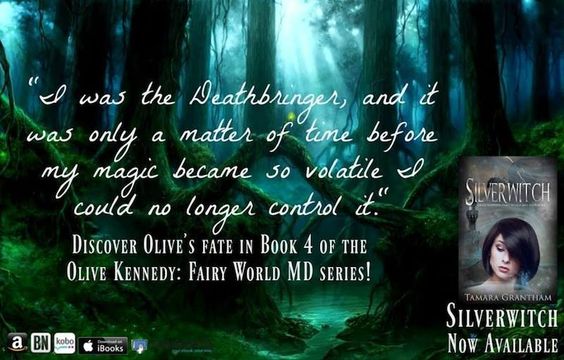 Just got my copy and can't wait to read it! Thank you! OMG love your Santa Pirate banner! Thank you

Happy reading and Thank you, we're glad you like it!
Mona

I'd like to read about the King Arthur type world with all the dragons and witches :)

This was a great excerpt! From the looks of the excerpt it will be an amazing read.