"I myself have never been a fan of sci-fi but after reading these two books by Donald Firesmith I am looking forward to checking out some more sci-fi books, and hopefully he will continue on with a third book of this series." - Gina, Goodreads 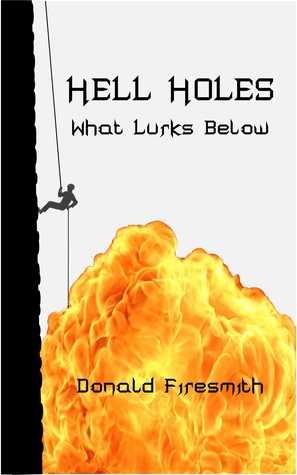 When hundreds of huge holes mysteriously appear overnight in the frozen tundra north of the Arctic Circle, they threaten financial and environmental catastrophe should any more open up under the Trans-Alaska Pipeline or any of the many oil wells and smaller pipelines that feed it.

An oil company sends a scientific team to investigate.

But when the geologist, his climatologist wife, two of their graduate students, a local newspaper reporter, an oil company representative, and a field biologist arrive at one of the holes, they discover a far worse danger lurks below, one that threatens to destroy all of humanity when it emerges, forcing the survivors to flee south towards Fairbanks.

"I like scientific underpinnings of the book, similar to Michael Crichton style, reflecting author's computer science background, in a blend with magic of J. K. Rowling and an intelligent action style of Stargate SG-1.
If you like this style (I do), you'll miss a lot if you do not read this book." - Pavel H, Goodreads 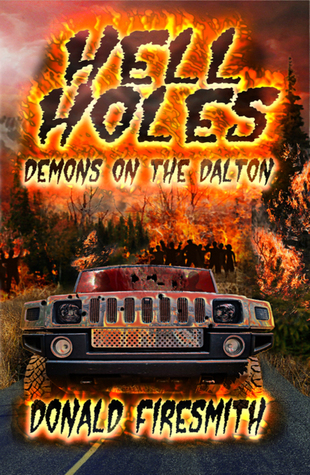 Demons on the Dalton:

When hundreds of huge holes mysteriously appeared overnight in the frozen tundra north of the Arctic Circle, geologist Jack Oswald picked Angele Menendez, his climatologist wife, to determine if the record temperatures due to climate change was the cause. But the holes were not natural. They were unnatural portals for an invading army of demons. Together with Aileen O’Shannon, a 1,400-year-old sorceress demon-hunter, the three survivors of the research team sent to study the holes had only one chance: to flee down the dangerous Dalton Highway towards the relative safety of Fairbanks. However, the advancing horde of devils, imps, hellhounds, and gargoyles would stop at nothing to prevent their prey from escaping. It was a 350-mile race with simple rules.
Win and live; lose and die… '

"This book is full of fast-paced action, as well as emotional turmoil and a few times I found myself clutching my computer desk, unable to stop reading because I was so anxious about what would happen next.There were definitely some surprises I didn’t expect, that the book would have been fine without, but added another layer of amped up adrenaline which made it even more realistic." - Gina, Goodreads

About the author:
A geek by day, Donald Firesmith works as a system and software engineer helping the US Government acquire large, complex software-intensive systems. In this guise, he has authored seven technical books, written numerous software- and system-related articles and papers, and spoken at more conferences than he can possibly remember. He's also proud to have been named a Distinguished Engineer by the Association of Computing Machinery, although his pride is tempered somewhat by his fear that the term "distinguished" makes him sound like a graybeard academic rather than an active engineer whose beard is still slightly more red than gray.

By night and on weekends, his alter ego writes modern paranormal fantasy, apocalyptic science fiction, action and adventure novels and relaxes by handcrafting magic wands from various magical woods and mystical gemstones. His first foray into fiction is the book Magical Wands: A Cornucopia of Wand Lore written under the pen name Wolfrick Ignatius Feuerschmied. He lives in Crafton, Pennsylvania with his wife Becky, and his son Dane, and varying numbers of dogs, cats, and birds.

His magical wands and autographed copies of his books are available from the Firesmith’s Wand Shoppe.

The covers are very unique which usually means the story will be a good read for me, :) I loved the excerpts and want to know what happens in this adventure! :)

I think they sound awesome! :)