two unsuspecting, yet kindred souls - The Dark Fey Trilogy by Cynthia A. Morgan

"Cynthia A. Morgan has created a fantasy world with light and airy characters and has infused a magical, fantasy feel throughout this tale. It is hard not to fall in love with every well-placed word and every highly charged emotion. She writes beautifully detailed scenes that come alive from the joy of that first kiss to agony and pain. [...] Beautifully written, lovingly plotted and simply magical in the delivery!" - Dianne, Goodreads 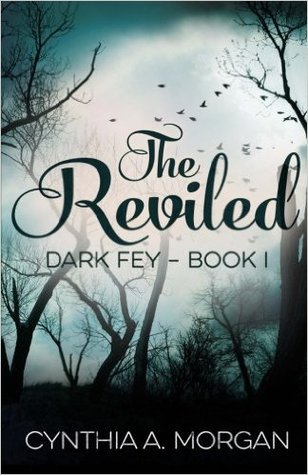 In the mystical realm of Jyndari, a relationship blossoms between two unsuspecting, yet kindred souls.

Ayla, a Light-loving Guardian of Childfey, hides more than a few secrets — ones which isolate and set her apart from the rest. Yet Ayla’s veiled confidences entice one who lurks in the shadows. Silent and watchful, this dangerous presence knows all too well the secrets she wishes kept hidden.

The Darkness-revering Fey bids his time, waiting for the ideal moment to step away from the shadows and reveal himself to Ayla. But doing so will irrevocably alter the course of their lives, and shatter both their worlds.

Brimming with magic and mystery, beauty and enchantment, The Reviled is a fantasy novel like no other; an adventure for both mind and spirit. 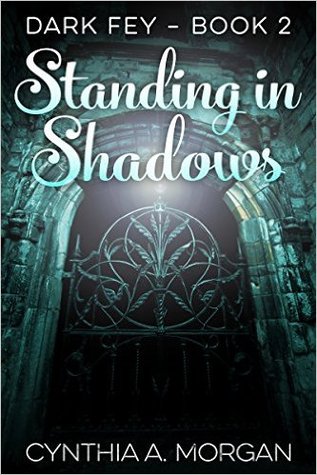 After escaping captivity, Gairynzvl has been rescued by the Light-loving Fey. Now, he wants to return into the dark realm of The Reviled and rescue the innocent childfey trapped there.

But it will take strength, courage and more than one Fey to breach the borders of The Uunglarda, and to slip past the legions of Dark Fey who abide there. The daring mission will shake the foundations of everything The Fey of The Light have accepted as truth for thousands of years, but Gairynzvl knows the secret ways in and out of the dark realm.

Slipping into the darkness through darkness is easy; escaping with the childfey is another matter. Should they be captured, his band of liberators will pray for death long before it comes. Even is success, their deeds could spark a full scale war, unleashing the barbaric hatred and viciousness of The Reviled upon the peace-loving Fey of The Light.

Will the Fey of the Light risk a savage war in order to rescue the innocent childfey, and who are prepared to join Gairynzvl's quest to the realm of shadows and fear?

Welcome to mythical, enchanted forest of Jyndari and the Village of Hwyndarin where The Fey of the Light, who are Light loving Fey, reside.

Where there is Light there is also darkness and the Fey of the Light live in careful vigilance, protecting themselves from the Dark Fey, known by many names, such as the Fallen, the Dark Ones, and most particularly The Reviled, who live in a realm of darkness and shadow known as the Uunglarda.

Although their two realms exist in close proximity, most Fey of the Light have never seen an actual Dark Fey and many Dark Fey only encounter very young Fey of the Light; yet crossings and abductions happen every day.

As their temples are desecrated, homes are pillaged and plundered, and the peaceful tranquility so important to the Fey of the Light is repeatedly shattered, the Fey Guard stand as protectors. They are mighty in battle and fierce in their vigilance to protect the fragile balance of life for the peaceful Fey of Light. 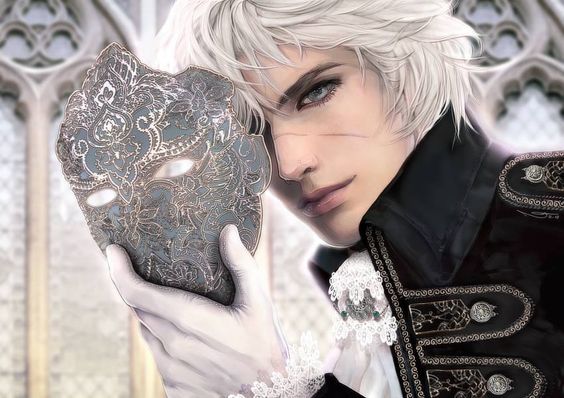 All Fey are born with special abilities, or gifts, such as telepathy, empathy, discernment, or the ability to dream walk. Many also have a gift of magic, though not all, such as spell-casting, enchantment, light bending or element wielding. While the Fey of the Light are beautiful and live harmoniously, the Reviled Fey are the opposite; they revere darkness and fill their lives with cruelty and evil, but all Reviled Fey begin their lives as Fey of the Light. The change comes only if they are abducted as childfey and forced to undergo the Integration, a process of intentional neglect and cruelty designed to twist them away from the Light.

This level of horror is not incorporated into the Dark Fey Trilogy simply for the sake of it. One does not need to open the pages of a book to discover the unthinkable, as the darkness typically embodied in fantasy genre stories by some terrifying being or creature is very much alive in our own reality and this is the underlying motivation for the darkness woven into Dark Fey. It was based in great part on the terrifying, yet true-life events of the Lord’s Resistance Army or LRA, a rebel militant group in Uganda that has for over 20 years abducted children from their homes; forcing them to commit horrifying acts of violence against each other and their own people. These children suffer a very real Integration and, like the childfey of Jyndari, they endure violence and cruelty at the hands of truly sadistic overlords. This is how the Reviled came to life and became the horrifyingly cruel beings depicted in Dark Fey.

This story shares the Power of Hope, Acceptance and Forgiveness through the ideal that you can change the world, if you take Positive Action to Create Change through doing what is Right.

Many times during your journey through the Dark Fey Trilogy, you will encounter words that seem to be capitalized for no apparent reason; yet, it should be noted, these capitalizations are anything but random. They mark either proper nouns, such as Fey of the Light, the Temple, Fey Guards, the Reviled, or the Light, which is not simply a glimmering of illumination, but a connotation that is highly important in the spirituality of Fey. If a word holds specific meaning, it may also be capitalized, such as See, Know, or Understand. You may encounter such words when they are in reference to a Fey gift, such as telepathy, empathy, or discernment, and they carry significant weight so, in order to emphasize their importance, capitalization is used.

Join me as we embark into this realm of Light and Dark. Allow your imagination take over as you experience the Jyndari forest and The Fey of the Light's struggle with The Reviled. Let the Light reach outward from these pages and draws you into on a journey that promises to change your way of thinking.

Dark Fey The Reviled has been nominated for the Golden Book Annual Awards for Fantasy and is now a Semifinalist!!!!
Help the author out and vote for it HERE!!
About the author:

Cynthia A. Morgan is the creator of the mythical realm of Jyndari and author of the epic fantasy Dark Fey Trilogy, which is based, in part, upon the true-life events surrounding the Lord’s Resistance Army in Uganda and draws readers into a mystical realm of primordial forests, magic and the lives of Light-loving and Darkness-revering Feykind. Not to be confused with pixies or “Tinkerbell” type fairies, the feyfolk of Jyndari are winged beings the size of any human who live in a realm where tradition, magic, and spirituality are fundamentals of everyday life.

Dark Fey has earned many 5 stars reviews, including one of the leading industry review organizations, Readers Favorite. Dark Fey The Reviled was also awarded the New Apple Literary Agency 2016 Book Award for Excellence in Fantasy. Compared to a fantasy version of a play by Shakespeare, Dark Fey is a brutally beautiful story of Love, Hope, and finding Peace in the Darkness. Published by Creativia Publications in January 2015, Dark Fey is already among the top #50 in several Fantasy genre categories on Amazon.

Morgan is also the author of the popular blog “Booknvolume” where her ever-increasing number of followers are regularly treated to Morgan’s own brand of poetry, English Sonnets, and musings about life. She is a current member of the Poetry Society of America; is ranked among the top authors on the Independent Author Network; has had poetry published on numerous poetry websites and is rapidly becoming an Author to keep your eye on.

Some of her other interests includes a deep love for animals and the environment. She is passionate about music and theatre; is frequently heard laughing; finds the mysteries of ancient times, spirituality, and the possibilities of life elsewhere in the cosmos intriguing. Morgan Believes in the power of Love, Hope and Forgiveness, all of which is reflected in her lyrically elegant writing style. Thank You Ever so Much for your Amazing post and support of Dark Fey. I Very Much Appreciate it :)

The entry to vote for the Reviled gives an error message.

I've not read this author before. I'd like to start reading this book and hopefully continue the 'series'. The excerpt is intriguing :)

I've never heard of Fey before, but the book sounds good.