A dangerous life - The Travelers by K.L. Kranes

When I ‘Traveled’, which is what we call it when we move from one body to the next, I felt free, at least for a little while. My soul floated above the earth. I had no weight, no burdens. I didn’t have eyes in that state of being. But my mystical vision saw all the auras on earth. 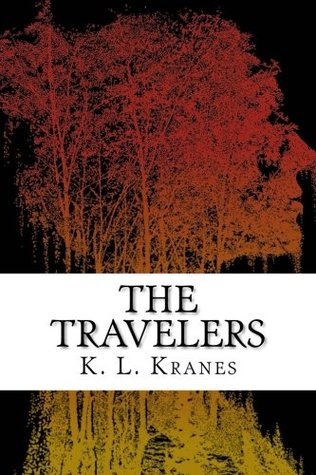 Dagny lives a dangerous life. Pursued by an unknown enemy, Dagny and her family are always on the run and must use magic to stay hidden and safe. When Dagny meets Marc, everything changes. For the first time, she can imagine a future that doesn't involve constantly changing her life. Despite the risk, Dagny vows to stop running. But as their enemies start closing in, Dagny wonders if she can ever really live a normal life and if she can actually trust Marc.

Dagny
My fingers shook violently as I dragged them across the smooth, cool surface of the metal coffin. It was pitch black inside the eight-foot cell and there was no way for me to tell if my sight had returned. I had been through this before but my new heartbeat still quickened with fear every time. In darkness and confinement, rational thought did not always prevail.

Suddenly, a spasm raced through my right leg. The sensation was more intense than I ever remembered feeling. That wasn’t saying much. I forgot a lot of things. The power to magically move your soul to another person’s body was not as exciting as it sounded. It had consequences. For me, one of those was memory loss.

To fit my soul into this new body, I had to chip away little pieces of myself and let them fall into oblivion. Every time I ‘Traveled’, I lost more and more of myself. I was just a bunch of broken pieces inside the shell of a body. I didn’t even know what it meant to be me anymore. When my limbs began to wiggle, I knew I’d finally whittled away just enough to resemble a real person.

A jarring crack of a metal door thrown open announced one of my siblings was free.

“Where’s Dagny?” my brother asked, with a grunt.

“This is unacceptable. Look at this. I’m ugly,” my sister barked, ignoring my brother’s question.

Hiding in my cold, dark container, I felt as if millions of wires were attached to my body. With every word spoken, another wire jerked and compelled me to leave my cell. But I wasn’t ready yet.

When I ‘Traveled’, which is what we call it when we move from one body to the next, I felt free, at least for a little while. My soul floated above the earth. I had no weight, no burdens. I didn’t have eyes in that state of being. But my mystical vision saw all the auras on earth.

Beneath me millions of colored lights pulsed in the darkness. My parents called it flying on the wings of the raven because the raven ushered souls across realms. We Traveled by summoning its power. This was the first part of the transition. It was beautiful. It was peaceful. It was fleeting. Then came the second part, my parents called that the landing, which was a nice way of describing it. It was more like crashing. I crashed down into someone else’s dead body and had to force my way through the flesh and into the marrow. I can’t lie. That part hurt.

About the author:
K.L. Kranes lives in the Washington, DC metro area with her husband, daughter and their adorable dog. She graduated from Virginia Tech with a degree in Communications. K.L. moved to New York City after college and worked in public relations before returning to her true passions of writing and editing. She currently works as a freelance writer and editor. In her spare time, she enjoys hanging out with her family and trying out new potential hobbies. Her latest endeavors include driving her dog crazy as she learns the guitar and making a fool of herself as a novice swing dancer.