The bond between twins can bend but never break. - NeverHaven (Vision of the Elder #1) by Michael W. Garza

The sixteen-year-old was left to drift through the chaos alone, abandoned by her other half. But now the darkness has come calling. 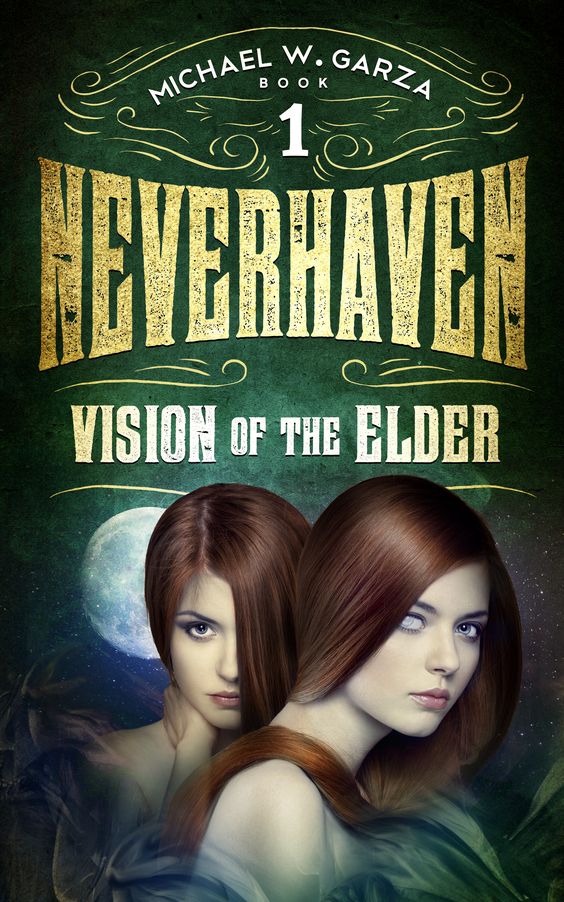 The bond between twins can bend but never break.

Elizabeth is crazy, at least that’s what everyone believes. She sees things, terrible things no one wants to hear about. Her twin sister, Jessica, used to see things too, but she convinced herself long ago it was all in her head. The sixteen-year-old was left to drift through the chaos alone, abandoned by her other half. But now the darkness has come calling.

Vision of the Elder
This YA Paranormal Series follows the trail of those children forced to bear witness to the sacred rites of the Cult of the Elder. Their eyes are opened to the darkness beyond the void, and their lives are forever changed.

The elevator came to a final stop, and Elizabeth snapped back to reality as the doors slid apart. The hospital lobby was alive with movement. A constant stream of people walked in through the sliding glass entrance, some nursing injuries, others crying from news they’d received on the way. Nurse Anna pushed the wheelchair out into a foyer nestled beside the wide doorway leading behind the reception counter.

Elizabeth lost her concentration, and the reception area was suddenly flooded with a brilliant display of symbols. No one else could see what she could see. Some were shaped like runes, a word she’d learned at an early age when she explained it to her parents. Elizabeth always believed the symbols were meant to tell her something. Her attempts to find an explanation led her down a dark path, one her parents were determined to keep her from, an excuse they used to keep most forms of technology out of the twins’ hands. Elizabeth convinced herself long ago that she was possessed or crazy or maybe both. Grownups didn’t like to hear little girls talk about shadow devils walking through their bedroom.

Dr. Wesley never called her crazy. Psychiatrists didn’t use words like that. When the twins were younger, they attended joint sessions in Dr. Wesley’s office. That all stopped by their tenth birthday once Jessica suddenly decided she had no idea what Elizabeth was talking about. Apparently, she could no longer feel her twin’s emotions. Elizabeth never forgave her for that.

Pretty soon Elizabeth was alone with the good doctor. A string of difficult situations at school convinced their parents that she should be privately schooled at home. Soon after, Nichol came to live full time at the house as not only Elizabeth’s teacher, but also the always-present chaperon for both girls. Medication held the visions at bay, but Elizabeth found herself slipping away.

A sudden lurch forced Elizabeth against the back of her wheelchair. Nurse Anna pushed the chair forward and then made a sharp turn. Elizabeth got her head around in time to see a pair of EMTs rushing by, rolling a man on a gurney. The man’s arms and legs shook violently as several members of the hospital staff swarmed. The wide door beyond the reception desk swung open and a second later the spastic man and the crowd of nurses and doctors were gone. It took Elizabeth another few moments to realize Nurse Anna was no longer standing behind her. Elizabeth heard her mother’s voice before she saw her.

The Fishers stood at the far end of the reception counter. They had apparently seen their daughter’s arrival and started on the final paperwork needed for her release. Her mother glanced up and smiled before turning her attention back to the stack of papers. Nurse Anna stood close to Mr. Fisher, having a quiet conversation. He looked up at Elizabeth over the nurse’s shoulder, but made no indication that he saw her sitting alone at the opposite end of the desk.

“I love what you’re doing with your hair.”

Jessica walked up from Elizabeth’s side and placed her hand on her sister’s shoulder. Elizabeth looked up at her and offered half a smile. The twins made no attempt to discuss what happened. Neither knew what to say anyway. There was a great deal of animosity between them, but there was no denying their love for one another. Even now, Elizabeth could see the pain in Jessica’s eyes. She believed her sister could feel all of the terrible things crawling through her mind, but she would never admit it.

“Are you ready for this?” Jessica asked.

Jessica chuckled at the name they’d given the psychiatrist. The girls had used the moniker for years, even accidentally using it to her face more than a few times.

Elizabeth peered past her sister and spotted the woman’s pale face in the backseat of the family Mercedes. She was lost in her hand mirror, applying a layer of powder to her cheeks.

“Well, at least she’ll be ready for pictures,” Elizabeth grumbled.

Jessica squeezed Elizabeth’s shoulder as her laugh went silent. The edges around her cheeks softened. Jessica’s eyes drifted to her sister’s bandaged wrists. Elizabeth surprised herself by the words spilling out of her mouth.

Jessica’s cheeks flushed. Her eyes teared up and her mouth opened, but she couldn’t get her words out. Elizabeth’s heart raced. She didn’t know why she said what she did and she had no idea what to say next. She was swiftly consumed by an overwhelming sadness. Jessica finally broke the awkward silence.

“You better not ever leave me here alone with these people,” she said, choking off the emotion stuck in her throat. Jessica leaned in close and gave Elizabeth a kiss on the side of her head and then quickly stepped away. “I’m going to see if I can hurry them up.”

She let go of her sister and rushed toward the other end of the counter where their parents were putting the finishing signatures on the release paperwork. Elizabeth watched her join them. She grimaced when their mother put her arm around her. Mr. Fisher put his pen away and they turned to follow Nurse Anna back to where Elizabeth was waiting. They were all smiling in that uncomfortable way people did when they weren’t sure what they should say but they wanted to appear strong.

Elizabeth’s eyes moved from one smiling face to the next with a single thought in her mind. They were all liars. Dr. Wesley lied about how much better Elizabeth was doing. Her mother lied about how they were a close, happy family. Her father lied about the safety he could provide them. And as for Jessica, she was the biggest liar of them all.

About the author:
Michael W. Garza often finds himself wondering where his inspiration will come from next and in what form his imagination will bring it to life. The outcomes regularly surprise him and it’s always his ambition to amaze those curious enough to follow him and take in those results. He hopes everyone will find something that frightens, surprises, or simply astonishes them. 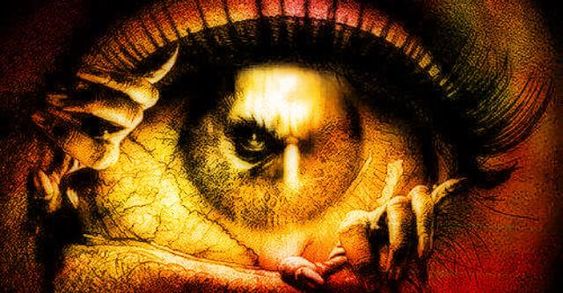