she survived the impact of the horrors of her childhood - Don't Expect Me to Cry by Janet Bentley, 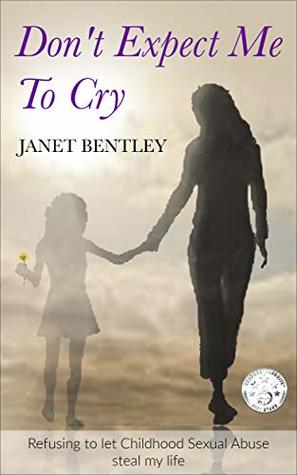 Don’t Expect Me To Cry is a powerful story of the horrors Janet experienced at the hands of multiple abusers, including her father, and her courageous journey to a life that is inspirational to other survivors.

Janet’s resilience is evident as she tells her story in three parts, reflecting her thoughts and experiences at critical stages of her life.

Don’t Expect Me To Cry - Starting with a child’s view of shocking abuse, Janet shares how she had to build defenses to survive the impact of the horrors of her childhood.

Don’t Expect Me To Lie – Continuing with her journey through early therapy, Janet describes the pain and fear she experienced as she started to share the ‘secret’.

Don’t Expect Me To Die - The final part tells how Janet hit ‘rock bottom’ and tried to end her life. From that place of despair, she learned that it is possible to heal from the dark shame and trauma.

About the author:
Janet Bentley was raised in Southern California. She currently lives in Arizona where she founded the non-profits Courageous Survivors and Show Up For Children. Janet is a member of RAINN’s (Rape, Abuse and Incest National Network) Speakers’ Bureau, a facilitator of Darkness to Light’s Stewards of Children training, and a co-author of the international best-seller, We Choose To Thrive. She also started and facilitates a support group for survivors of Child Sexual Abuse. Janet loves living in the beauty of the desert.

At least they honest. Don't expect me to cry. Just saying.