This is what dying feels like... Damned by the Ancients (Nemesis of the Gods #3) by Catherine Cavendish

"Somehow, against all odds and expectations, Cavendish has presented us with the strongest book in the series, finding ways to reinvigorate a haunting we thought already explored, and offering new surprises that lead to a satisfying climax. If Damned by the Ancients is then end, then it's a damned fine one, and if there are more stories to be told, then I look forward to seeing how Cavendish reinvents the tale next." Bob, Goodreads 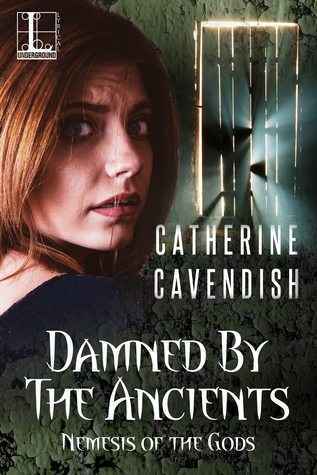 Damned by the Ancients

Gabriele Ziegler is a young art student who becomes infatuated with charismatic archeologist Dr. Emeryk Quintillus. Only too late does she realize his true designs on her. He is obsessed with resurrecting Cleopatra and has retained the famed artist Gustav Klimt to render Gabriele as the Queen of the Nile, using ashes from Cleopatra’s mummy mixed with the paint. The result is a lifelike portrait emitting an aura of unholy evil . . .

The Mortimer family has moved into Quintillus’s former home, Villa Dürnstein. In its basement they find an original Klimt masterpiece—a portrait of Cleopatra art scholars never knew existed. But that’s not all that resides within the villa’s vault. Nine-year-old Heidi Mortimer tells her parents that a strange man lives there.

Quintillus’s desire to be with Cleopatra transcends death. His spirit will not rest until he has brought her back from the netherworld. Even if he has to sacrifice the soul of a child . . .

Phil Bancroft ran his tongue over his dry lips. Where did that thought come from? He watched Dee, the woman he loved, touch the tip of the gleaming gold dagger. This was not the homecoming he had expected. He had only just returned from New York and they should be in each other’s arms. Dee had told him Paula took the pills and now she was dead. Poor Paula. Phil wished he could feel remorse for his dead wife. Guilt. Anything. After all, she was an innocent obstacle who had been murdered at his lover’s hands. Her only crime was to have been sole inheritor of her father’s fortune. If that man had not cut his younger daughter—Dee—out of his will, Paula would still be alive today. They could have divorced and gone their separate ways. It was his fault she had to be killed.

Everything they had wanted was now theirs, but Dee seemed different somehow. Distant. A smile played on her lips, but not her usual lighthearted smile. No, this one was almost…cruel.

“What are you doing with that, Dee?” he asked, nodding at the dagger.

Phil held out his hand to take the weapon from her and wondered why his fingers trembled. “Don’t mess around. Give me the dagger before one of us gets hurt.”

Her smile twisted into a snarl. Surely her eyes weren’t that color? Dark blue. No, violet. Dee has brown eyes.

The library door burst open and a familiar figure strode in. Stefan Bloch—the estate agent in whose hands the owners of the magnificent Villa Dürnstein had placed responsibility for administering the lease. But he had no business here today.

“What are you doing here?” The words died on Phil’s lips. The estate agent ignored him, made straight for Dee, and took her in his arms. “What the hell?” Phil lurched forward and grabbed Stefan’s arms. He tried to drag him off the woman who was responding all too passionately. 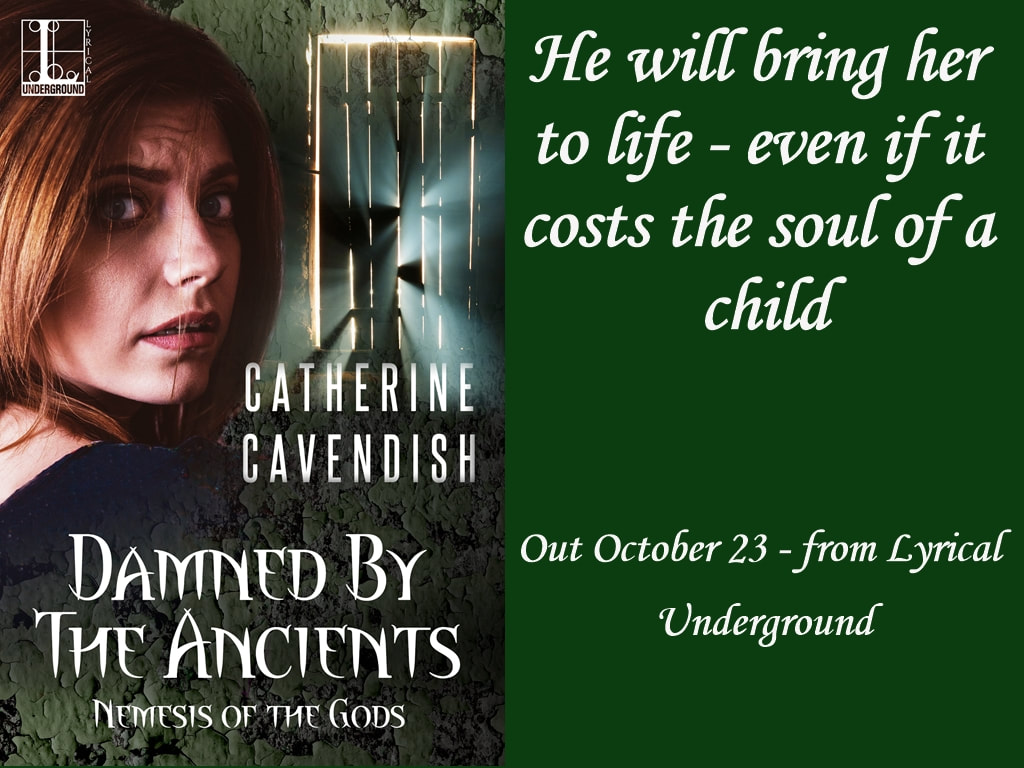 Stefan let Dee go and wheeled round, landing a stinging blow to the side of Phil’s head. He staggered and fell hard against the library desk.

The man and the woman towered over him as he lay sprawled on the floor, his hand checking his jaw for damage.

Phil stared at them. He no longer knew these people. Oh, they looked the same, but their eyes told a different tale. Dee and Stefan were no longer there. So who were they?

As if she had read his thoughts, the woman spoke. “You are right to cower before us. The woman you knew as Dee is no longer here. Her spirit has passed over. I, Arsinoe, Queen of Egypt and the Nile, inhabit her body.” She indicated Stefan. “The man who inhabited this body is also gone. My lover, Nebunaten, has been reborn in him, but this body is dying. He needs a healthy host.”

He heard the words, but they couldn’t be true. Someone was playing a cruel joke. Maybe Paula wasn’t dead after all. Yes, that was it, she must be behind all this. He scrambled to his feet. “Stop this right now. I don’t know what the hell’s going on here, but if you seriously expect me to believe anything you’ve just told me, you are mistaken. Dee—”

He watched incredulously as the woman he loved threw back her head and laughed. A horrible, hollow sound. “Still you will not believe. You think your lover killed your wife with pills. She did not. She killed her with this.” She waved the dagger. “And that was the last memory your Dee took with her into the afterlife. With the god Set and goddess Sekhmet to aid me, I took her body, just as Nebunaten took the man’s. Now it is your turn to surrender your earthly form.”

The blade flashed once. Twice. Blood spurted from two deep wounds in his chest. His limbs grew heavier, as if someone had attached lead weights to them. Everything slowed as he sank to his knees, blood pouring through his hands as he desperately fought, in vain, to stanch the flow. A low growl echoed through his brain. The figure of a cat stood on its hind legs, changing to a half-human form before his rapidly dimming eyes. The woman spoke in a foreign tongue and the man took hold of Phil’s
shoulders. Something tugged at his spirit, dragging it out of his body as a dark cloud descended on his mind.

And then he knew no more.

About the author:
Following a varied career in sales, advertising and career guidance, Catherine Cavendish is now the full-time author of a number of paranormal, ghostly and Gothic horror novels, novellas and short stories. She was the 2013 joint winner of the Samhain Gothic Horror Anthology Competition, with Linden Manor, which was featured in the anthology What Waits in the Shadows. Cat’s novels include The Pendle Curse, Saving Grace Devine, and Dark Avenging Angel. She lives with her long-suffering husband and black (trainee) cat. They divide their time between Liverpool and a 260-year-old haunted apartment in North Wales.

The cover sure is intriguing. Resurrecting Cleopatra. That sounds thrilling. I can imagine so much not good about that.