"Shouldn't you be avoiding me? I'm the press, after all." She stopped before him. His knees were close. Just inches from her.
"I'm not that worried. What we're going to do doesn't involve a lot of talking. At least not the kind of words you can put in print. Pretty sure the censors wouldn't allow that." 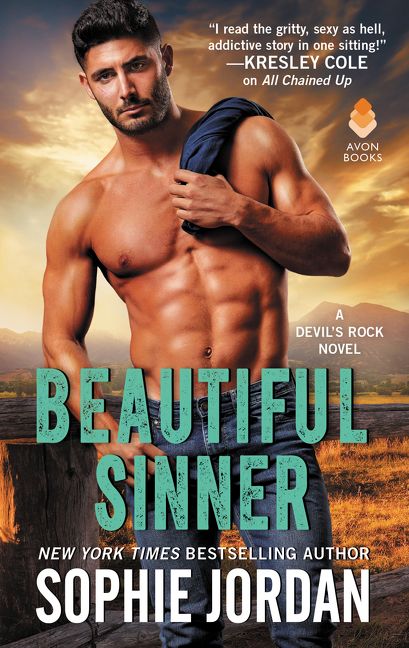 Most women would be scared, but Gabriella’s only worried about resisting Cruz Walsh, who’s even hotter than he was back in high school. Cruz was wrongly accused of the high-profile crime for which he was imprisoned; Gabriella’s desperate for the scoop that will get her career off the ground and get her out of Sweet Hill, where everyone still remembers her as “Flabby Gabby.” Being stuck in a supply closet with Cruz is the perfect opportunity to land an interview. What Bri doesn’t count on is Cruz taking “up-close and personal” to a whole new level.

If there’s a silver lining to the hell Cruz went through, it’s that losing his freedom put everything in perspective. Maybe starting over someplace new would be easier, but after years locked up, Cruz values his family—and his true friends—more than ever. So he’s back home, facing the gossip, dodging reporters . . . and face-to-face with Gabriella Rossi. They’ve both changed: Bri wants a story and Cruz just wants her. Another thing he’s learned? Don’t let a good thing slip away.

“How long have you been wanting to kiss me?”
It was tempting to fling the truth at him—the truth that they had already kissed. It would feel good to catch him off guard and watch him absorb that fact.
She couldn’t do it, of course. After the satisfaction of shocking him wore off, she’d be left with the awkwardness of him knowing she was the idiot who had kissed him in the boathouse while he thought she was someone else.
“You were stroking my lips,” he reminded.
“I was checking to see if you were breathing.”
He whirled her around, sending her colliding into his chest.
“Oh!” Her hands came up to his chest, palms flattening on the very body she had only moments ago felt at her leisure. Now it felt different. Now he was awake. Alert . . .his eyes as sharp as a hawk’s gaze on her. Now his heart pounded swift and hard beneath her touch.

About the author:
SOPHIE JORDAN grew up in the Texas hill country where she wove fantasies of dragons, warriors, and princesses. A former high school English teacher, she’s the New York Times, USA Today and international bestselling author of more than twenty novels. She now lives in Houston with her family. When she’s not writing, she spends her time overloading on caffeine (lattes preferred), talking plotlines with anyone who will listen (including her kids), and cramming her DVR with anything that has a happily ever after.

GIVEAWAY TERMS & CONDITIONS: Open to US shipping addresses only. One winner will receive a paperback set of the complete Devil's Rock series by Sophie Jordan. This giveaway is administered by Pure Textuality PR on behalf of Avon Romance. Giveaway ends 11/12/2018 @ 11:59pm EST. Avon Romance will send the winning copies out to the winner directly. Limit one entry per reader and mailing address. Duplicates will be deleted. 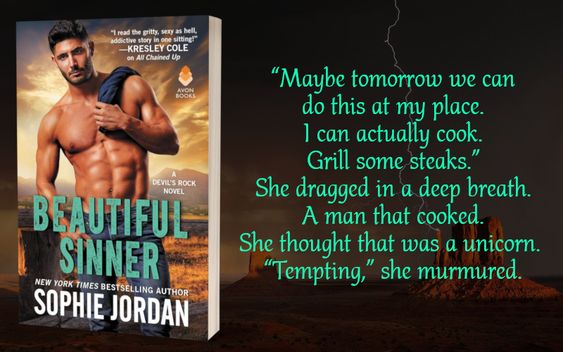