A 2018 Booklife Prize for Fiction Semi Finalist
"A masterpiece that paints an extraordinary emotional and political vision of its times. Satisfying, educational, and hard to put down.”—Midwest Book Review 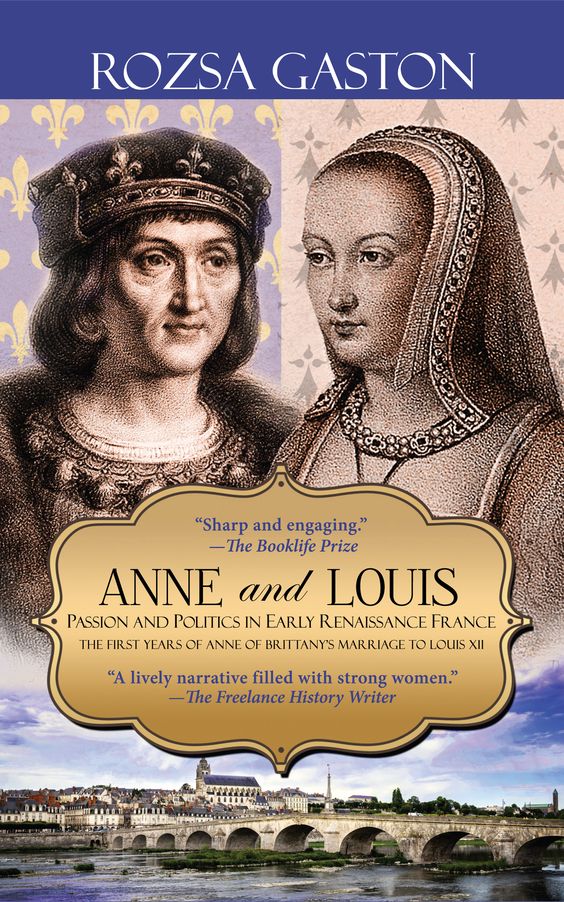 Anne, Duchess of Brittany, is the love of King Louis XII of France’s life. Too bad he’s already married. While his annulment proceedings create Europe’s most sensational scandal of 1498, Anne returns to Brittany to take back control of her duchy that her late husband, Charles VIII, King of France, had wrested from her.

At age twenty-one, Anne is sovereign ruler of Brittany as well as Europe’s most wealthy widow. But can she maintain Brittany’s independence from France if she accepts Louis’ offer to make her Queen of France once more?

With Italian arrivals to the French court from Cesare Borgia to Niccolò Machiavelli, Anne and Louis’ story unfolds as the feudal era gives way to the dawn of the Renaissance. Their love for each other tested by conflicting duties to their respective countries, the two rulers struggle to navigate a collision course that will reshape the map of sixteenth-century Europe.

About the author:
Rozsa Gaston writes playful books on serious matters, including the struggles women face to get what they want out of life. She studied European history at Yale, and received her Master’s degree in international affairs from Columbia University. In between, Gaston worked as a singer/pianist all over the world. She lives in Bronxville, NY with her family.

Gaston is currently working on Anne and Louis: Middle Years, Book Three of the Anne of Brittany Series, a fictional account of the life of Anne of Brittany, Queen of France, during the middle years of her second marriage from 1499-1514 to Louis XII, King of France. Her other books include Sense of Touch: Love and Duty at Anne of Brittany’s Court, Budapest Romance, Dog Sitters, Paris Adieu, Black is Not a Color, and Running from Love.