a growing sense of dread... The Company of Demons by Michael Jordan

The plot, the characters, and the details all conspire to give the reader a book that is excruciating to put down because of the craving to see what happens next. -- Cleveland Sun News 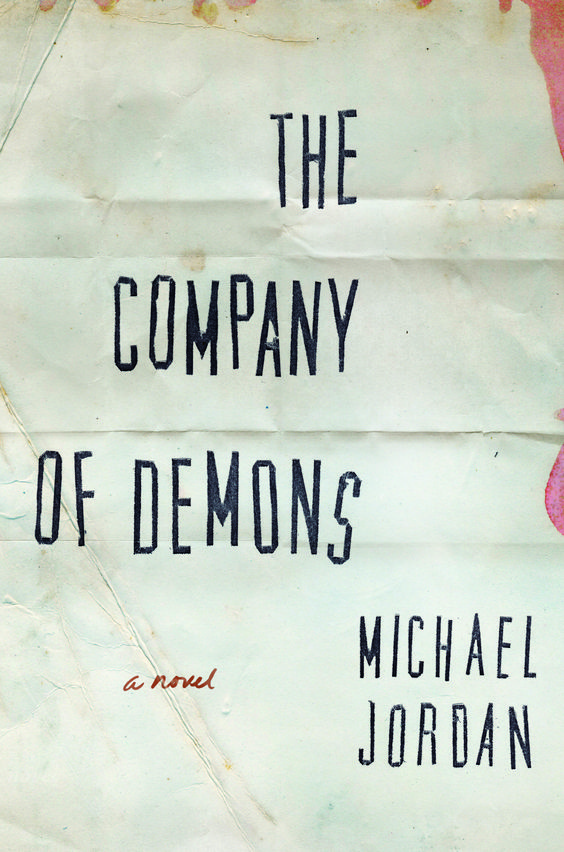 The brutal murder of a friend leaves lawyer John Coleman stunned and sends shock waves through the city of Cleveland. The technique of the killing recalls memories of the Torso Murderer, who dismembered at least twelve people decades ago and vanished--eluding even the legendary Eliot Ness. Jennifer, the victim's beautiful daughter, hires John to handle her father's estate, and romantic feelings for her soon complicate his already troubled marriage. When John finds himself entangled with a cold-blooded biker gang, an ex-cop with a fuzzy past, and the drug-addicted son of the dead man, he struggles to make sense of it all. But he cannot escape a growing sense of dread.

The biggest challenge in writing a mystery is to strike the right balance between revealing enough clues to maintain the reader’s interest, but not giving away too much. For me, that balance defines suspense and will keep the pages turning.

There was never any trouble at the Tam O’Shanter, even on a rocking weekend night, even when one of the Tribe smacked a homer for a go-ahead run. Tim and Karen ran a tight joint, the perfect hideaway to lounge beneath faded posters of ‘70s rock bands and sip a cold one. So when Karen screamed from the seedy alley behind the bar, our little oasis was shattered. Tim bolted for the back door.

I rushed after him and squinted in the bright sunlight. Tim was cradling his wife in his arms. She stared at me vacantly, then broke away and retched. Huddled over the rough asphalt, in her thin T-shirt and faded jeans, Karen reminded me of a fragile little girl. The wastebasket she’d intended to empty lay near her, paper napkins and discared receipts fluttering in the humid breeze. Tim waved a hand toward a Dumpster, its lid flung open, wedged tight against the crumbling brick wall. “Don’t look.”

The sight of a naked body, sprawled across plastic, garbage bags, was impossible to miss. Or part of a body, really, because the head was gone. So was everything below the waist. The hairy torso had been split down the middle, and I didn’t need to be a pathologist to know that someone had scooped out the guts and the lungs and the heart. Flies droned incessantly and, in the summer heat, the stench of rancid meat wafted to me. I backed away.

About the author:
Michael Jordan obtained his undergraduate degree from Ohio Wesleyan University, with highest honors, and his law degree from George Washington University, where he was a member of the Law Review. A trial lawyer and arbitrator for over three decades, he has been recognized as an Ohio Super Lawyer and named to Best Lawyers in America. A member of the International Association of Crime Writers, The Company of Demons is his first novel.

An avid traveler, Michael has climbed Mt. Fuji, swam in The Devil’s Pool on the cusp of Victoria Falls, trekked a glacier in Patagonia, and visited numerous other countries. Yes—an international thriller lies in the future! He has also acted in several theatrical productions and his experience on stage is helpful in creating characters for his novels. He is currently working on his next book, a thriller set during the closing stages of WWII.

Author's Giveaway
the more you comment, the better your chances of winning
a Rafflecopter giveaway
Posted by CCAM at 2:30 PM

Thank you for hosting, Mythical Books! And James, thank you for your comment. I will be checking in throughout the course of the day and look forward to the discussion! Mike

Thank you, Beutul. The ratings have been very good, with nice reviews. If you like thrillers, I am sure that you will enjoy! All the best--Mike

I will be checking in again later, buy wanted to thank you again for hosting! And thanks to all who commented! Mike

Great excerpt, I enjoyed reading it!

Thank you, Wendy and Victoria! Bernie, I spent about 7 years on the project, which includes all of the research and attending several writing conferences and workshops.

This book sounds like an awesome read. Cool cover.